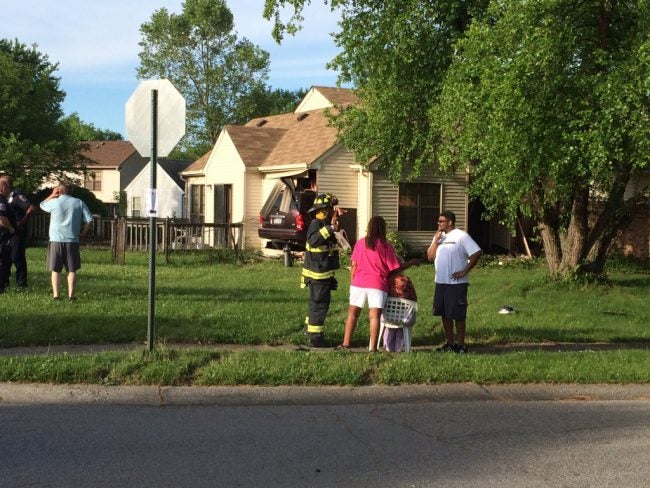 INDIANAPOLIS (WISH) – Two vehicles drove into a house on the city’s west side on Monday and Indianapolis Metropolitan Police Department officers say the crash was intentional.

The crash happened at Inland Drive and East Dunsany Lane around 7:45 a.m. That’s near Interstate 465 and High School Road.

According to the Pike Township Fire Department, a male was involved in a domestic dispute with a female driving the car before they crashed into the homes garage and kitchen.

A man and his elderly mother were inside the home when the crash happened. Everyone is expected to be OK.