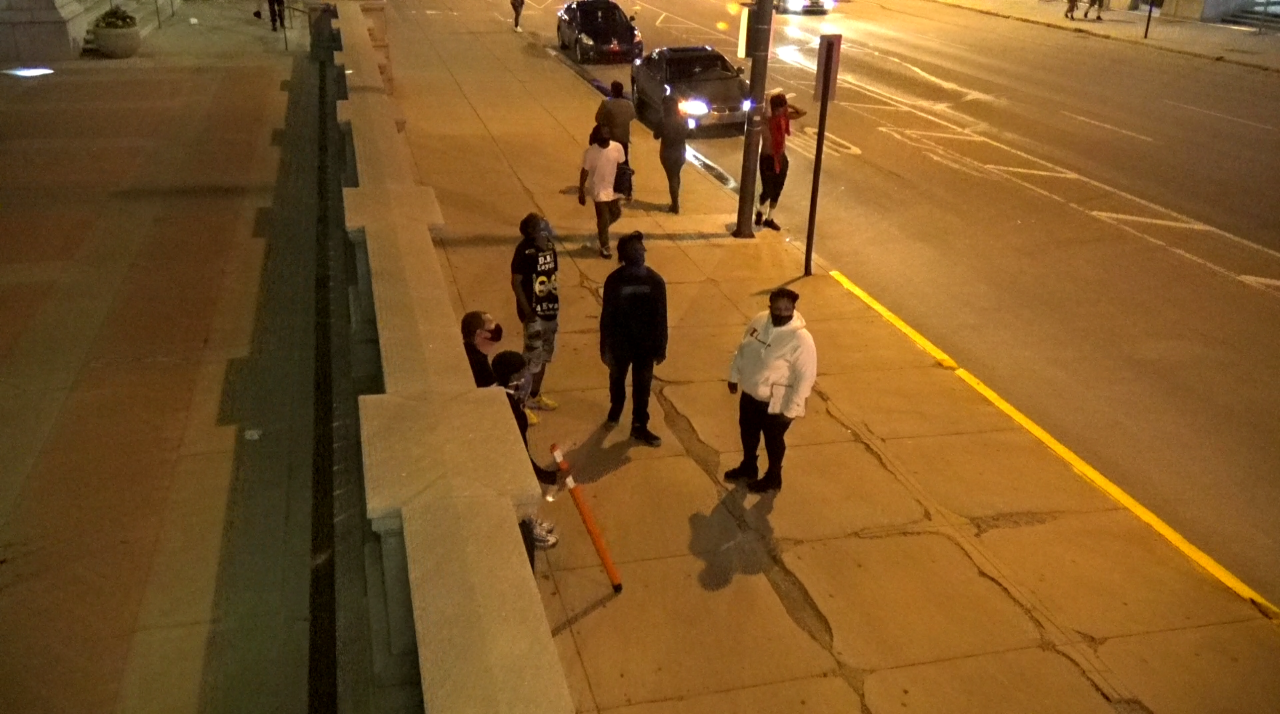 FBI Indianapolis and the Southern District of Indiana United States Attorney's Office are seeking any information as to the identities of the individuals in these photographs. The FBI believes they may have witnessed events of interest to the FBI. (Provided Photo/FBI)
by: Staff Reports
Posted: Jun 6, 2020 / 10:47 PM EST / Updated: Jun 7, 2020 / 08:01 AM EST

INDIANAPOLIS (WISH) — The FBI in Indianapolis is looking to identify a number of people seen in images from downtown on the night of May 30.

The people in the images were in the vicinity of Ohio and Meridian streets and may have witnessed events that are of interest to the FBI and the Southern District of Indiana U.S. Attorney’s Office, the FBI said Saturday.

The FBI did not specify what the group may have witnessed.

Anyone with information about the identities of the people in the photos can call 317-595-4000.