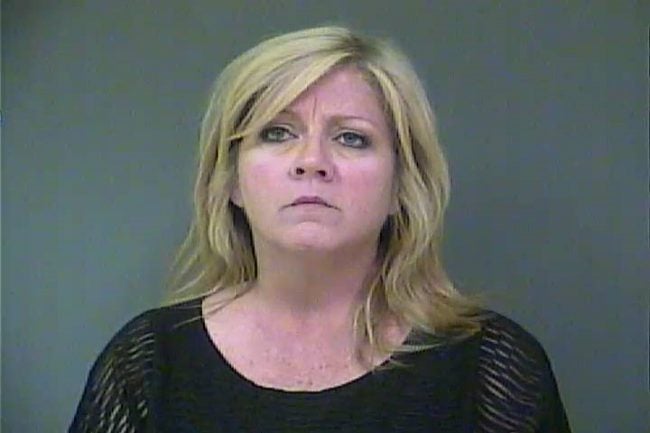 Fortville Police responded to Fortville Elementary School at 11 a.m. on Tuesday after they got a call from the principal about a teacher who smelled of alcohol.

Officers say they found empty beer cans inside the school and inside 45-year-old Angela Gendron’s vehicle. A breath test was giving to Gendron and she had a .24 percent BAC.

Gendron was suspended without pay and her termination is pending.

“A Fortville Elementary School Instructional Assistant was arrested, Tuesday, May 24, 2016 for public intoxication while at work. The individual has been suspended pending investigation and further action. This is an unfortunate situation, but our staff acted quickly and there was little to no disruption to the school day. As I have stated before, the safety and well being of our students and staff is the number one priority of the Mt. Vernon Community School Corporation. We will remain diligent in ensuring nothing minimizes that priority.”

Police arrested her on preliminary charges of public intoxication.

Man killed by police after mask dispute at Michigan store