Gun stolen from man’s house while he was sleeping 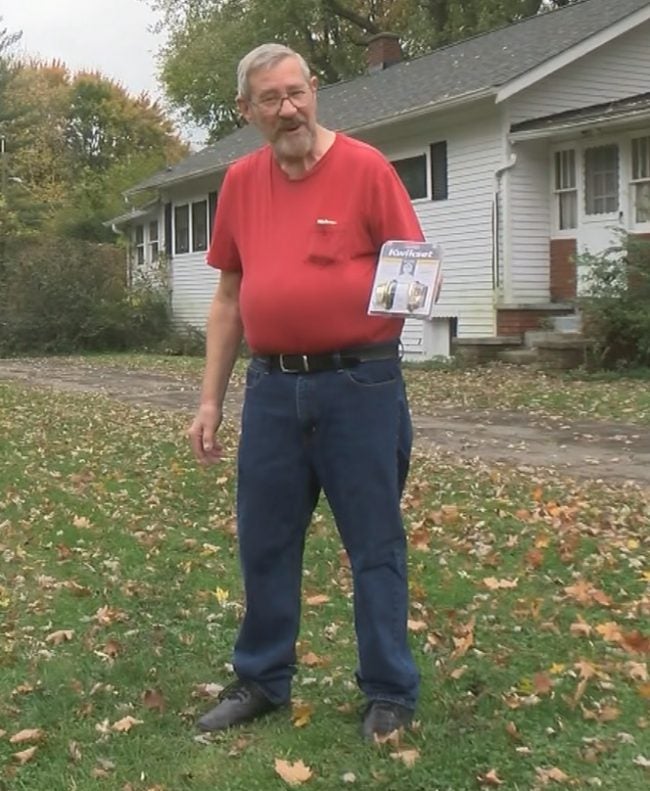 INDIANAPOLIS (WISH) — The Indianapolis Metropolitan Police Department is trying to figure out who stole a firearm from a 73-year-old man’s home.

It happened early Wednesday morning on the southwest side.

Paul Snell said whoever stole the guns broke into his house while he slept. He said he woke up Wednesday morning and found five rifles out of place in his home and one firearm missing.

Snell said he doesn’t own a gun safe but he plans on buying one. He also installed a deadbolt lock in his door Thursday.

“Owning a gun is a large responsibility. Knowing how to use it is part of that but also storing it safely and preventing people who shouldn’t have access from getting it,” Mark Welter of the Indy Arms Company said. “It’s part of your responsibility as a gun owner to make sure it’s secured.”

“It’s probably a good thing that I didn’t wake up and walk in on him,” Snell said. “One of us would be dead, ’cause I do sleep with a loaded pistol under my pillow.”

Snell refused to show a 24-Hour News 8 reporter the inside of his home. He doesn’t want any criminals to see it.

He said he locked his doors, he saw no signs of forced entry and he has no clue how the thief got in.

Snell says he believes he was targeted because word spread around his neighborhood that he owns guns.