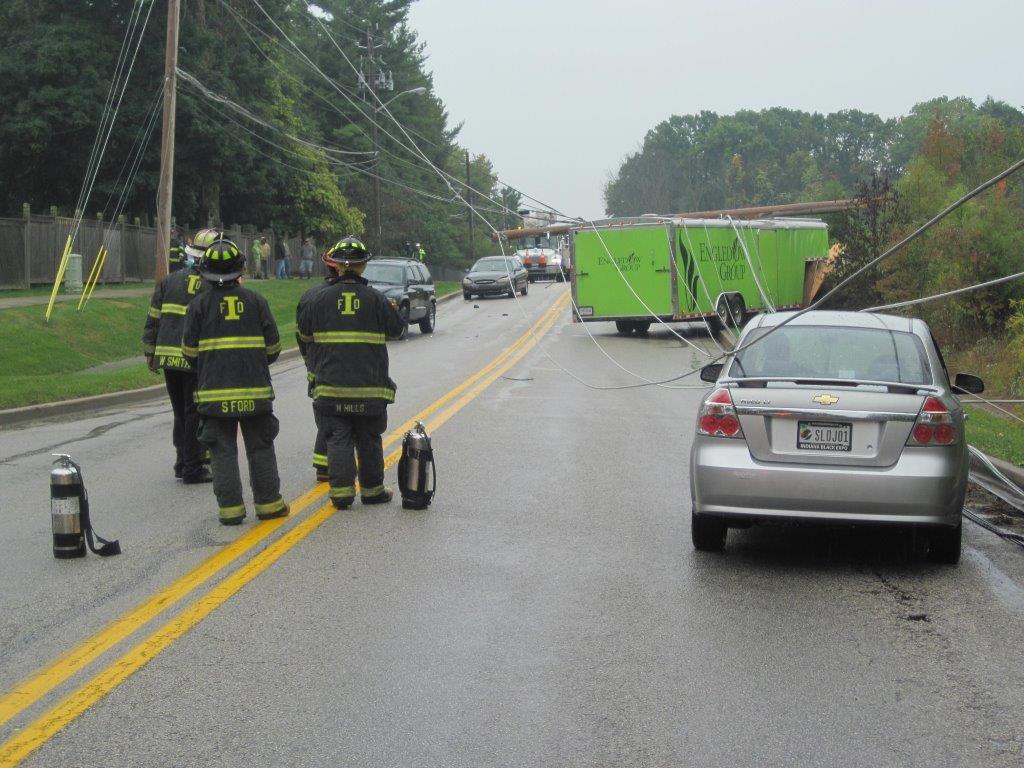 INDIANAPOLIS (WISH) — Firefighters with the Indianapolis Fire Department helped save a man who was trapped in his car after being draped in power lines.PHOTOS: IFD firefighters risk lives to save man trapped under power lines

IFD was called to 91st Street and Ditch Road just before 3:45 on Tuesday afternoon.

Investigators said the 59-year-old man was trying to avoid an accident, but that one of the vehicles involved struck a utility pole, causing lines to fall on the man’s car.

The lines then began burning through the car.

Standard procedure for IFD is to wait until lines are de-energized before taking actions.

IFD firefighters decided that they could not wait for IPL to arrive and extinguished the fire despite the risk of electrical emergency.

IPL did arrive on scene within 30 minutes to de-energize the lines, and the man was able to exit his vehicle after being trapped for an hour.