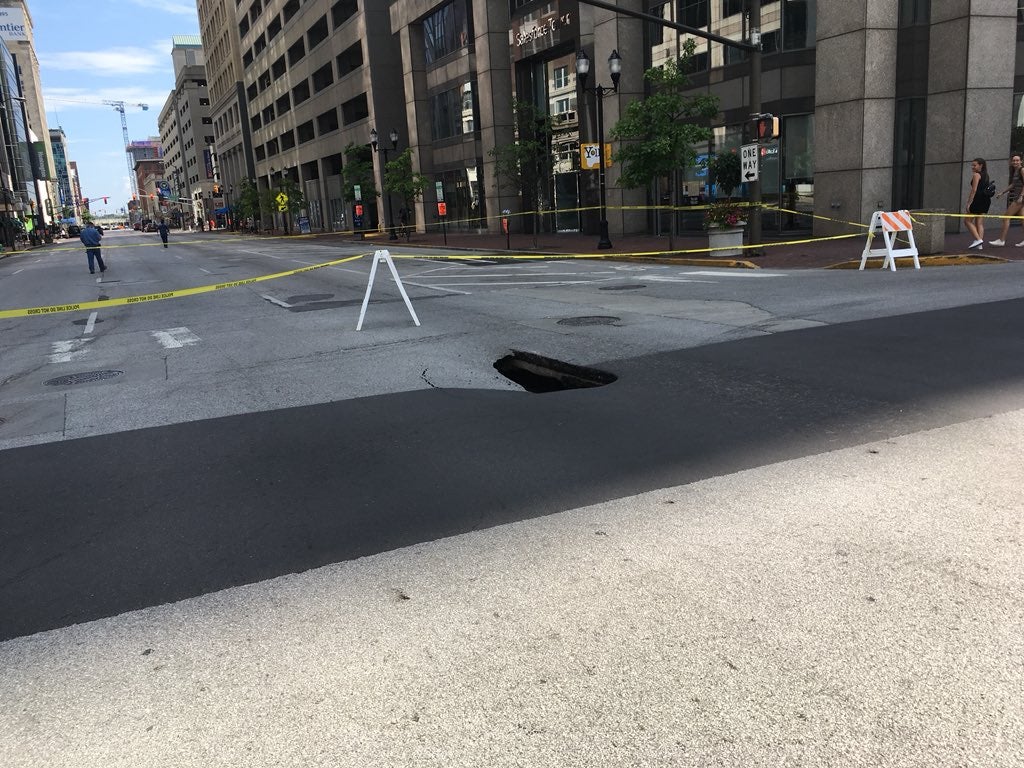 INDIANAPOLIS (WISH) — Officials are on scene after a large sinkhole opened up downtown.

The Indianapolis Metropolitan Police Department is warning drivers about the sinkhole, which is at the intersection of Ohio and Pennsylvania streets.

The Indianapolis Fire Department, Department of Public Works and Citizens Gas are also on scene.

Crews say the sinkhole was caused by a breach in the sewer system. No word yet what caused that breach.

IFD later released a video of just how deep the sinkhole goes.

Southbound traffic from Pennsylvania Street is being diverted onto eastbound New York Street.

Onlookers were shocked at size of the hole.

“Honestly, I’ve seen this on the internet, and I never thought I’d see it in real life,” Christopher Abdulthani said. “I never thought that a sinkhole would be downtown. In the heart of downtown too. It’s very shocking and crazy.”

“It does concern me a little bit that people are actually just walking around,” Dottie Sorrick said. “You never know what might happen. It might give.”

IMPD tells WISH-TV streets impacted by the sinkhole will be closed through Thursday, but could be closed longer.