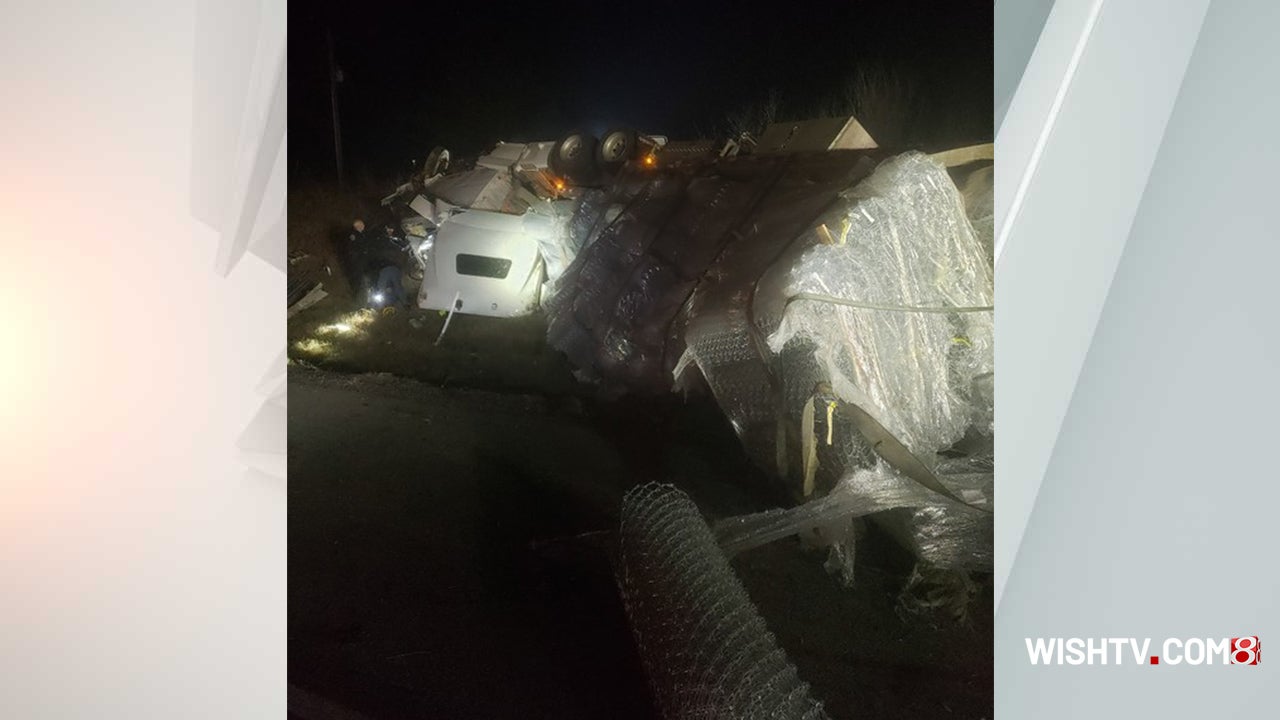 PENDLETON, Ind. (WISH) — A Noblesville woman was among two people injured in a Thursday night crash along northbound I-69 near Pendleton.

Indiana State Police troopers were called to the 217-mile marker of I-69 north Thursday around 10:10 p.m. on reports of a two-vehicle crash involving a semi.

When authorities arrived to the scene they found a semi inverted about 100 feet in front of a damaged blue Chrysler Sebring. The driver of the Sebring, 43-year-old Starla Crose, of Noblesville, and the driver of the semi, 36-year-old Ruslan Osmonkanov, of Texas, were both transported to Ascension St. Vincent hospital in Anderson with non-life-threatening conditions.

Troopers believe Osmonkanov was driving northbound in the right lane when he saw Crose’s Sebring stopped halfway in the traffic lane. He tried to avoid crashing into it, but lost control of the semi, authorities said. The Sebring was struck and heavily damaged.

The crash forced the closure of I-69 northbound lanes for nearly four hours. All lanes have since reopened.