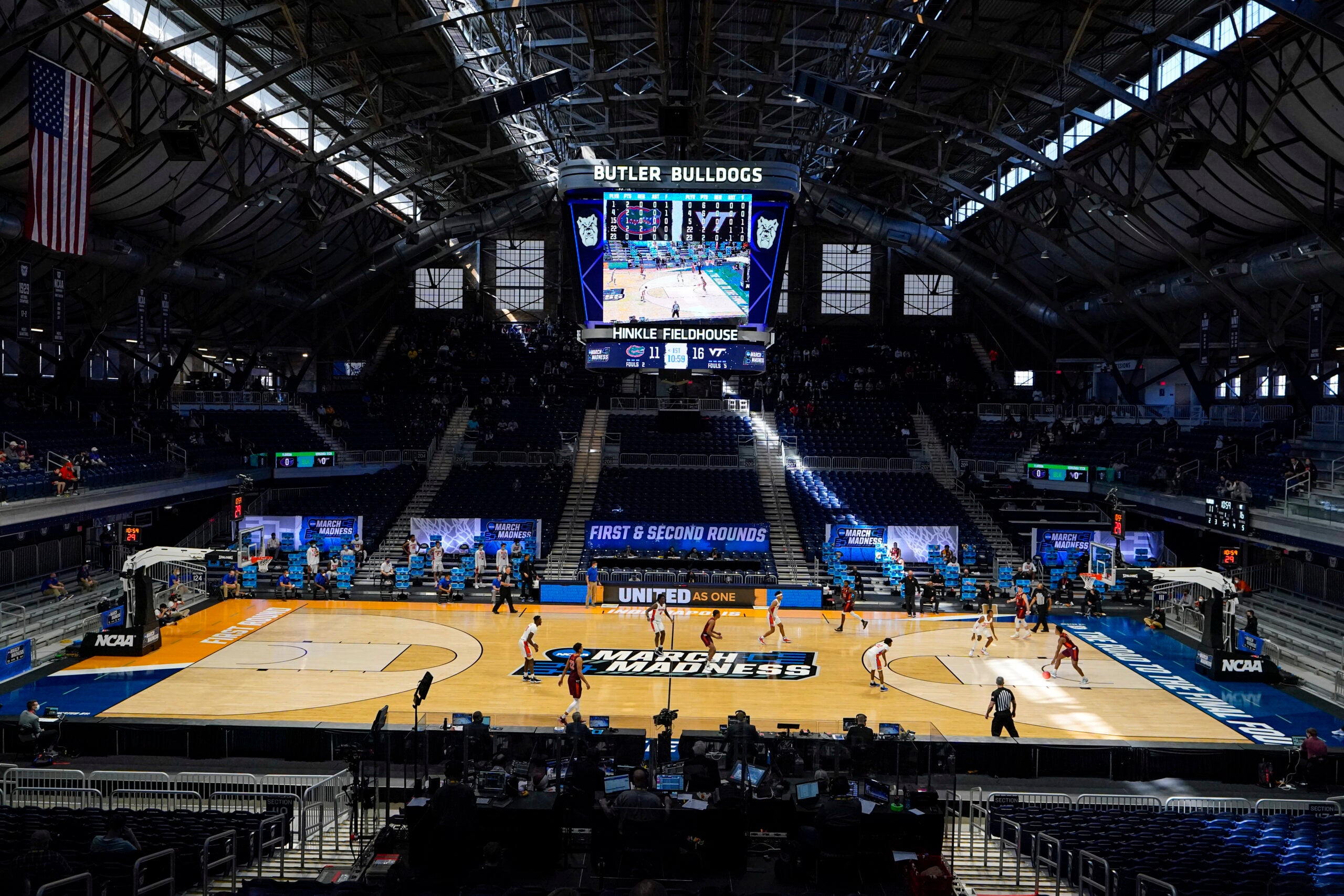 INDIANAPOLIS (AP) – Players from several NCAA Tournament teams took a knee during the playing of the national anthem before their first-round games.

Most of players on 16th-seeded Drexel knelt for the anthem before the Dragons played Illinois at the Indiana Farmers Coliseum, and several Colgate players did the same before the they played third-seeded Arkansas at Bankers Life Fieldhouse.

A few players also took a knee during the anthem before Florida-Virginia Tech at Hinkle Fieldhouse.

College athletes have not been shy about showing public support for social causes and even pushing back against perceived inequities by the NCAA. Earlier this week, several prominent men’s players got the hashtag #NotNCAAProperty trending to protest NCAA rules that ban athletes from earning money off their names, images and likenesses.

At the women’s tournament in San Antonio, players have pointed out how workout facilities have been far from equal to what has been provided to the men’s players.