‘The walk will not happen’: Mom fights for bus stop for daughter 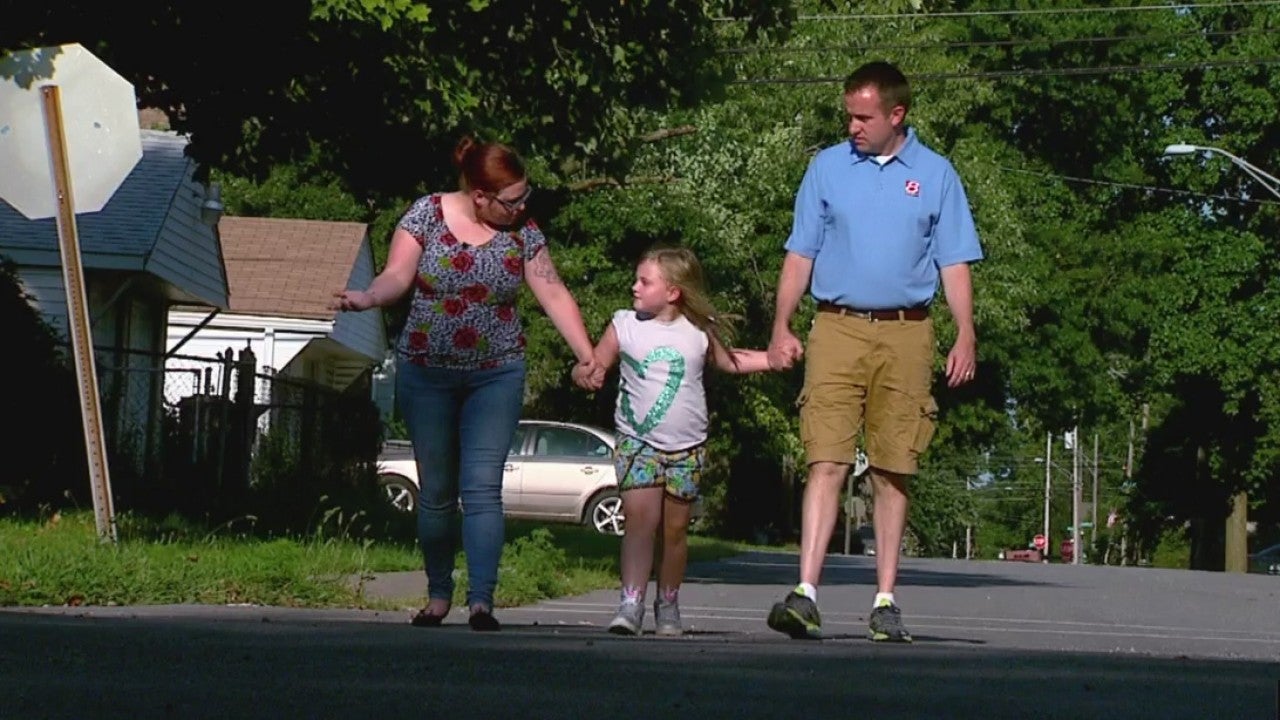 INDIANAPOLIS (WISH) — A mother in Indianapolis is fighting for a bus stop for her daughter, who will begin first grade on Monday.

Kattrina Conningham tells News 8 it’s not safe for her 6-year-old to walk alone.

She walked with Dan Klein on the route to Eleanor Skillen School 34, near the intersection of Interstate 65 and Raymond Street.

“Number one rule, what’s the number one rule?” she asked her daughter Meleeyah as they began. “Look both ways.”

For Kattrina and Meleeyah, it was a trial walk from their home on Harlan Street to School 34. They took the most direct route, which has no sidewalks for the first two blocks.

“When you do the walk, mommy won’t be with you,” Kattrina reminded Meleeyah.

The total distance is seven-tenths of a mile, well under the walk zone for IPS, which is 1 mile for students in kindergarten through sixth grade.

However, Indianapolis Public Schools does provide busing to students in walk zones if there are physical barriers like a busy road or railroad crossing or if the child has a qualifying medical condition.

Both Kattrina and her husband work and aren’t available for either the morning or afternoon walk. The caregiver for Meleeyah and her young brother is partially disabled and needs a ride from the Cunninghams every day.

She said there’s no other kids nearby who can walk with her daughter and provide “safety in numbers.”

“Nobody else,” she said. “As a mom, it’s scary. She’s little. If someone tried to abduct her, she has no chance.”

According to the Marion County Sheriff’s Office registry, there are two registered sex offenders on the route, along with others in the neighborhood.

In Kattrina’s mind, the biggest danger is State Avenue, which has more traffic and no stop sign at the place Meleeyah would cross. It also has no crosswalk.

She’s worried Meleeyah would get lost if she went a few blocks down to cross at a stop sign.

At one point, a large hole required getting off the sidewalk.

State law requires schools to provide transportation, but it also allows them to set walk zones where they aren’t required to provide buses.

Kattrina said she just found out Thursday that Meleeyah falls inside that walk zone.

“Regulations need to change,” she said. “It’s unacceptable at any school district for an elementary school aged child to be expected they could walk a mile.”

And Kattrina’s mind had changed.

“I refuse. The walk will not happen.”

She said that on Monday, she and her husband will be heading to IPS to fight for a change.

As for the next day, it’s anyone’s guess.

“Tuesday, she will not be at school if there’s not a change made. Tuesday, we’ve got to get back for work,” she said.

Kattrina said she is exploring charter school options, which provide transportation and that until she’s jailed for truancy, she won’t give in.

IPS officials said the district has 20,000 students who ride the bus and 3,300 students who are considered walkers, so providing busing would be expensive in a district with a tight budget.

The district declined an interview Friday but released this statement:

“The Indianapolis Public Schools Transportation Department has worked with this family and carefully reviewed their situation, including checking the city crime stats for recent crime in that area. While we understand the challenge facing this family, after gathering all of the information, this case does not warrant an exception to our policy at this time.”

The walk zone designated by IPS is farther for older kids. For kids in grades 7-8, the maximum walking distance is 1.25 miles. For grades 9-12, the maximum is 1.5 miles.

According to the Indiana Department of Education, it’s up to the school board to determine how far a walking zone can extend.