Van flips onto top after crash in Lawrence 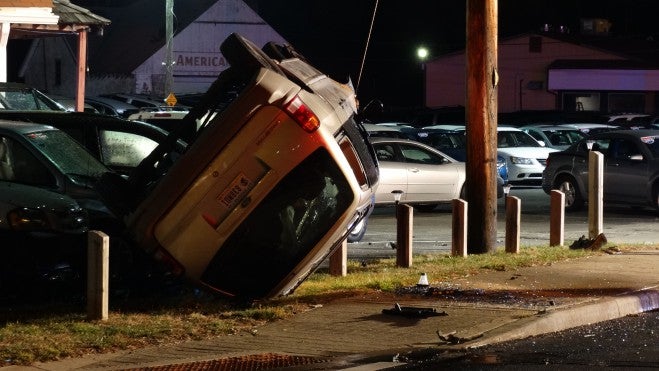 LAWRENCE, Ind. (WISH) – Police in Lawrence are investigating whether or not alcohol was involved in an early morning crash Wednesday.

It happened near 46th Street and Pendleton Pike around 5 a.m.

According to a Lawrence Police Department spokesman, the only vehicle involved crashed near a used auto dealership. That spokesman said a few vehicles there may have been damaged because of the crash.

The vehicle, which appeared to be a van, caught fire after flipping on it’s side. Police officials say the driver was already out of the van at that point.

The driver was taken to a local hospital. It’s unclear what their condition was.