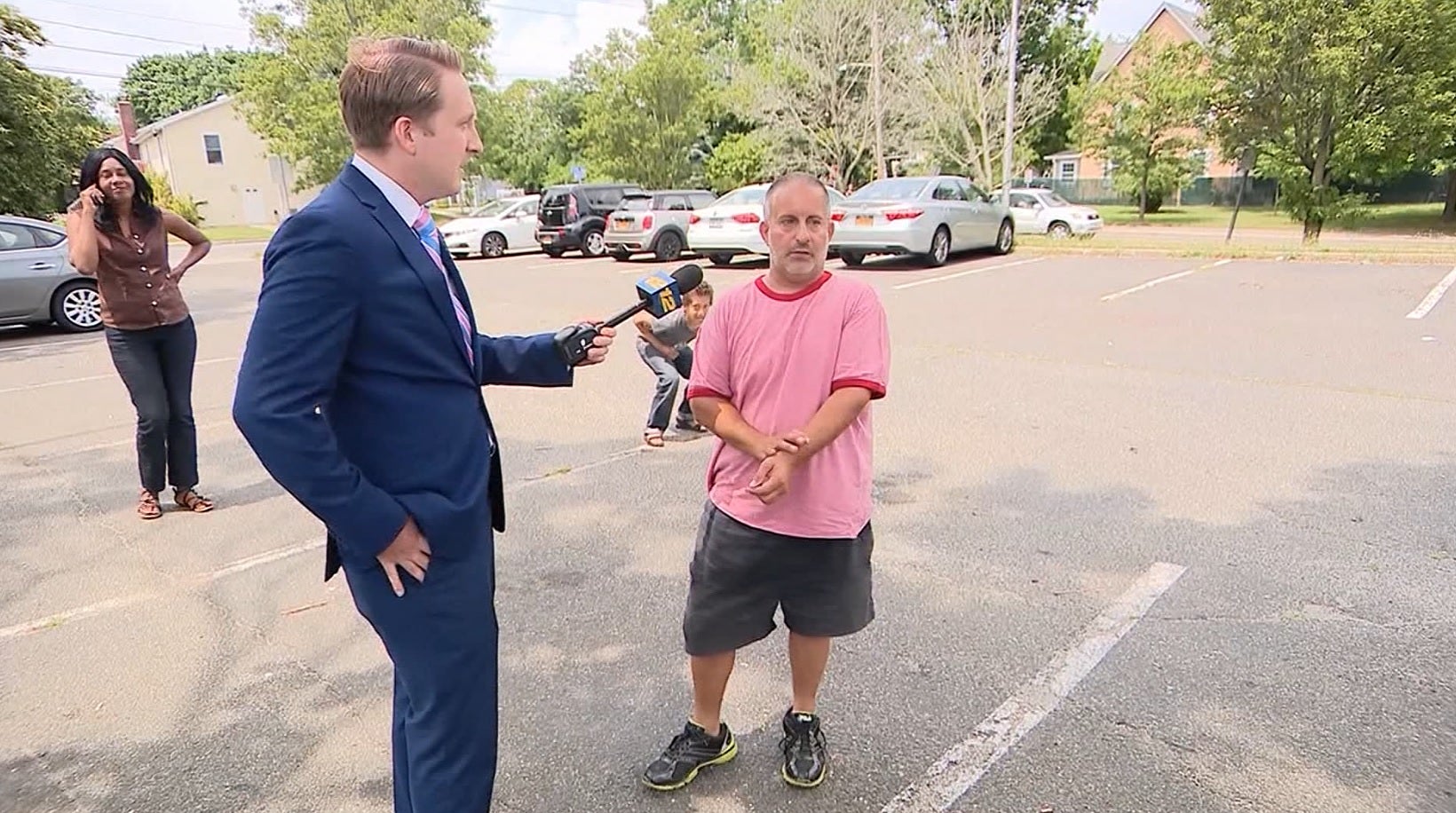 NEW YORK (WISH) — The man in an infamous viral video is explaining why he was so upset.

Chris Morgan went viral for all the wrong reasons recently.

The video showed him yelling at people in a bagel shop, complaining about his lack of success on dating apps due to his height, then getting tackled.

He’s now speaking out, saying he was provoked by a woman behind the counter. He told News 12 Long Island that she was mocking his size.

“She’s doing this with her mouth, looking at people, smirking, and I started to feel like I was being maligned, made felt like I was less of a person,” Morgan said.

But an employee at Bagel Boss says that’s not what happened.

“He thought that they were talking about him and his height, and they weren’t the girl was just smiling, minding her business,” said Krystal Fedorka, a Bagel Boss employee.

News 12 Long Island found it’s not the first time Morgan has gotten into altercations with workers.

He posted videos of an argument with 7-11 workers in May, also over his height.

He also told the station he has battled depression for years and has spent time in a psychiatric ward.

Meanwhile, the bagel shop is offering free mini bagels to anyone that comes in and mentions the video.