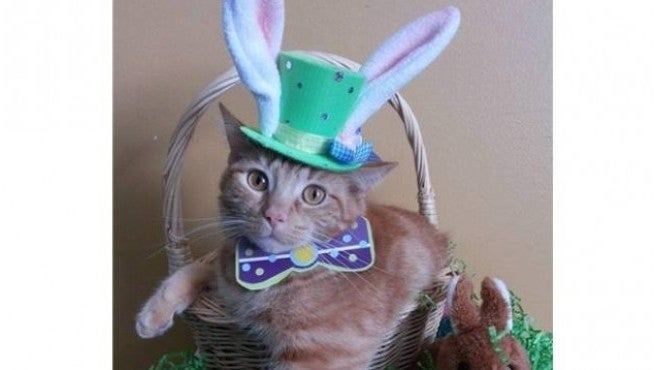 MARTINSVILLE, Ind. (WISH) — A central Indiana cat has advanced to the semifinals in the 2019 Cadbury Bunny Tryouts.

Oliver the cat, from Martinsville, is up against a crowd that includes Arthur the gecko, Conswala the llama, Goblin the bull dog and even a real rabbit.

The winner’s pet will get the chance to be in a reboot of the classic commercial for Cadbury Creme Eggs. The gig comes with a $5,000 check for the pet’s owner.

Cadbury USA says it received more than 4,000 entries, and 20 animals made it to the semifinals.

The next round requires contestants to send in a video of their pets wearing bunny ears and standing, sitting or lying in one places for a full minute.

According to the official rules of the contest, the commercial will film sometime at the end of March.