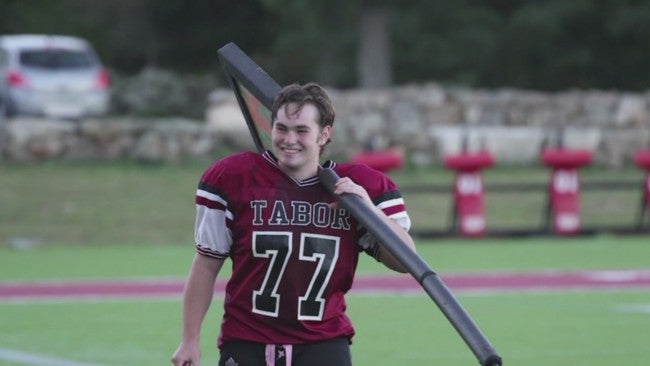 BOSTON (WCVB) – Paul Houle Jt., a high school athlete, says his Apple Watch helped save his life. He says the watch’s heart rate monitor alerted him that something was wrong.

“I had pain in my chest and my back whenever I took some deep breaths,” said Paul Houle Jr.

He would have chalked it up to a hot day on the gridiron.

However, his Apple Watch alerted him to something serious.

“I could just feel my heart pounding, so after practice I went and took a nap, my heart rate was still at 145. I noticed on my Apple Watch,” said Houle.

Paul went to the hospital, where he learned he had heart, liver and kidney failure, which could have been fatal if not for his watch.

“I’m just grateful that he’s healthy. I remember when the Apple Watch was coming out and I sad there’s no way we’re buying one. I went out on Saturday and bought one for my wife and myself,” said Paul Houle Sr., his father.

He can’t play football just yet, but he has something else to look forward to, an internship next summer with Apple.

All Indiana Politics / 30 mins ago