COVID-19 vaccine set to roll out internationally, will be free to the public 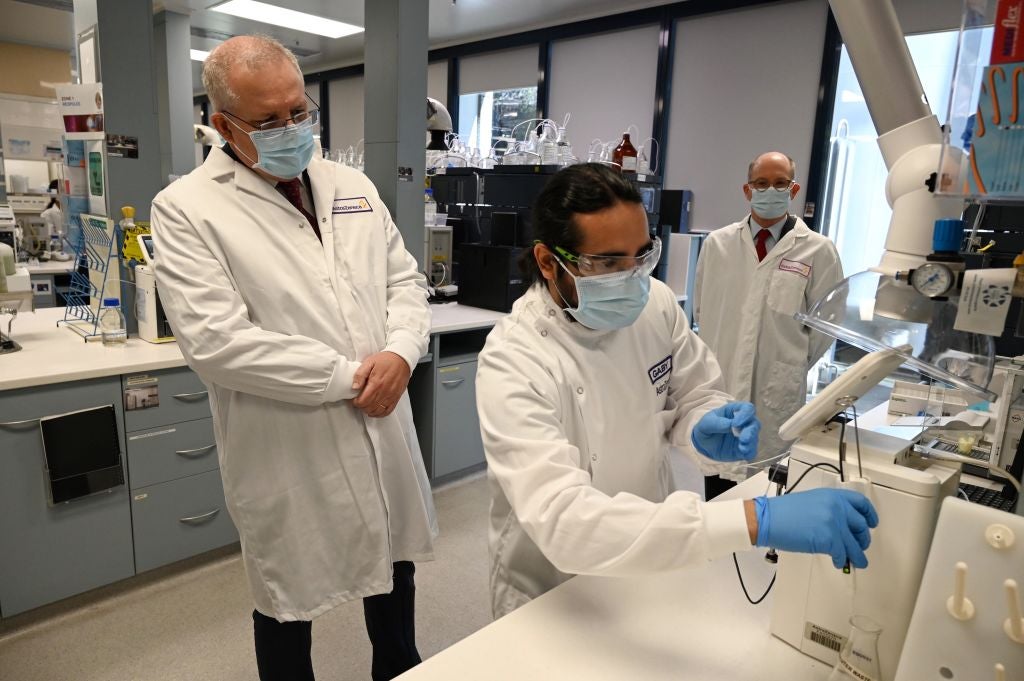 Prime Minister Scott Morrison takes a tour at the AstraZeneca laboratories in Macquarie Park, on Aug. 19, 2020, in Sydney, Australia. The Australian government has announced an agreement with the British pharmaceutical giant AstraZeneca to secure at least 25 million doses of a COVID-19 vaccine if it passes clinical trials. (Photo by Nick Moir - Pool/Getty Images)
by: Dr. Mary Gillis, D.Ed.
Posted: Aug 20, 2020 / 08:36 AM EST / Updated: Aug 20, 2020 / 08:36 AM EST

PERTH, AUSTRALIA (WISH) – A coronavirus vaccine will soon be available to Australian citizens after the government inked a deal with British-based biopharmaceutical company, AstraZeneca. The vaccination will be free to the public, Australian officials announced Tuesday.

The vaccine, developed in collaboration with Oxford University researchers, demonstrated both safety and effectiveness in the Phase 1/2 clinical trial, according to a July report published in The Lancet.

“The Oxford vaccine is one of the most advanced and promising in the world and under this deal, we have secured early access for every Australian,” Prime Minister, Scott Morrison, said in a Wednesday news conference. “If this vaccine proves successful we will manufacture and supply vaccines straight away under our own steam and make it free for 25 million Australians.”

The final stage of testing is currently underway with thousands participating in the Phase 2/3 trial. Scientists are hopeful the vaccine candidate provides an immune response as demonstrated in Phase 1/2, but that it also protects against SARS-CoV-2.

Cost and distribution details have not yet been sorted, however, the Australian government aims to provide the vaccine to those most vulnerable to infection first.

Back in May, the U.S. secured a $1.2 billion deal with AstraZeneca as part of Operation Warp Speed purchasing 300 million doses of the COVID-19 vaccine candidate, ASD1222, with plans to distribute it later this fall.