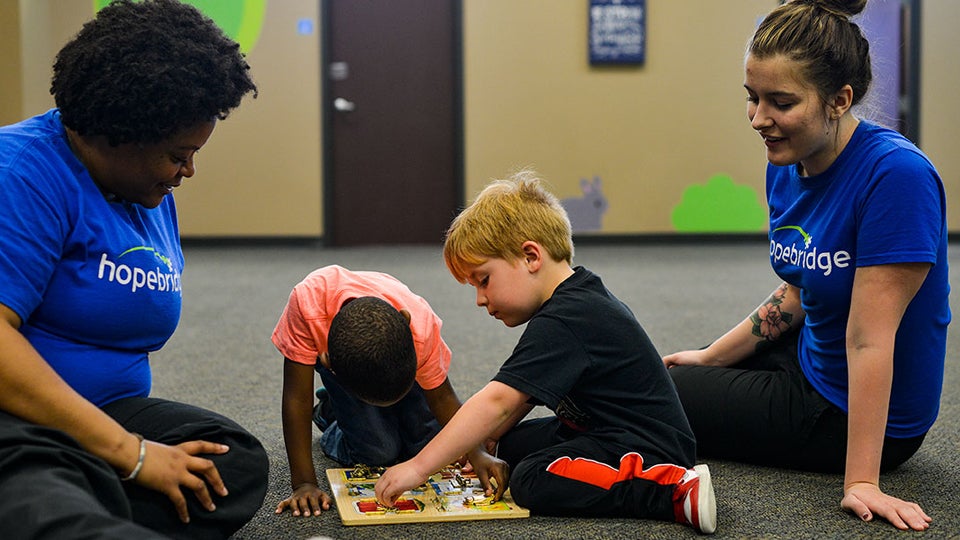 INDIANAPOLIS (WISH) — Indiana University School of Medicine researchers are advocating for earlier autism diagnoses in children. The sooner pediatricians can confirm or rule out the condition the better, they say. This gives children the opportunity to maximize their developmental capacity and keep pace both socially and intellectually with other children of similar age.

“We were looking at public health issues for children in Indiana and we knew as a state we had to work harder at developmental screenings for children,” Dr. Mary Ciccarelli, professor of clinical medicine and clinical pediatrics at IU School of Medicine told News 8.

Intervention is key and Ciccarelli and her team, including Rebecca McNally Keehn, PhD, also of IU Health, recently published a paper in Pediatrics that synthesizes eight years worth of research exploring the importance of a timely diagnosis.

“The primary issue we’re trying to address is the early plasticity in the brain of young children,” said Keehn. “The younger a child is, the more amenable he or she is to improvement. By having the right therapeutics, children will have better lifelong outcomes.”

This issue inspired IU researchers to create the Early Autism Evaluation (EAU) — a tool designed to diagnose autistic children sooner than the national average. Children with autism typically go undiagnosed until they are five years old. The EAU can diagnose as early as 30 months.

“If you delay that diagnosis until elementary school, the child hasn’t had the opportunity, that boost or that headstart with early intervention,” said Ciccarelli.

Applied behavioral analysis (ABA) is known to be a successful intervention for children with developmental disorders. It’s designed distinctly to help children learn new skills and organize their brain to think better.

“It’s a method of teaching any type of developmental or functional life skill and is particularly effective for children with autism,” said Keehn.

ABA facilitates intellectual and language abilities and reduces challenging behaviors such as aggressiveness towards others, head banging and outbursts — behaviors that are common in autistic children.

The EAU tool originated at IU Health but has since expanded throughout the state. Cicarelli and her team are encouraging pediatricians and family medicine doctors to use the tool in their own practices.

“We have reached 76% of the counties in the state and we are looking to reach all of Indiana,” said Keehn. “When you live in a state like Indiana where there’s just one children’s hospital in the center of the state, families have to travel a long way to get services.”

The goal, Keehn says, is to eliminate barriers — whether it’s traveling or monetary — to get a diagnosis as early as possible.

“Our goal is to really assure that this system is effective in making early, accurate diagnoses and our hope is that this can be a model for other states that are facing similar health care burdens for young children at risk for neurodevelopmental disabilities.”

News 8’s medical reporter, Dr. Mary Elizabeth Gillis, D.Ed., is a classically trained medical physiologist and biobehavioral research scientist. She has been a health, medical and science reporter for over five years. Her work has been featured in national media outlets. You can follow her on Facebook @DrMaryGillis and on Instagram @reportergillis