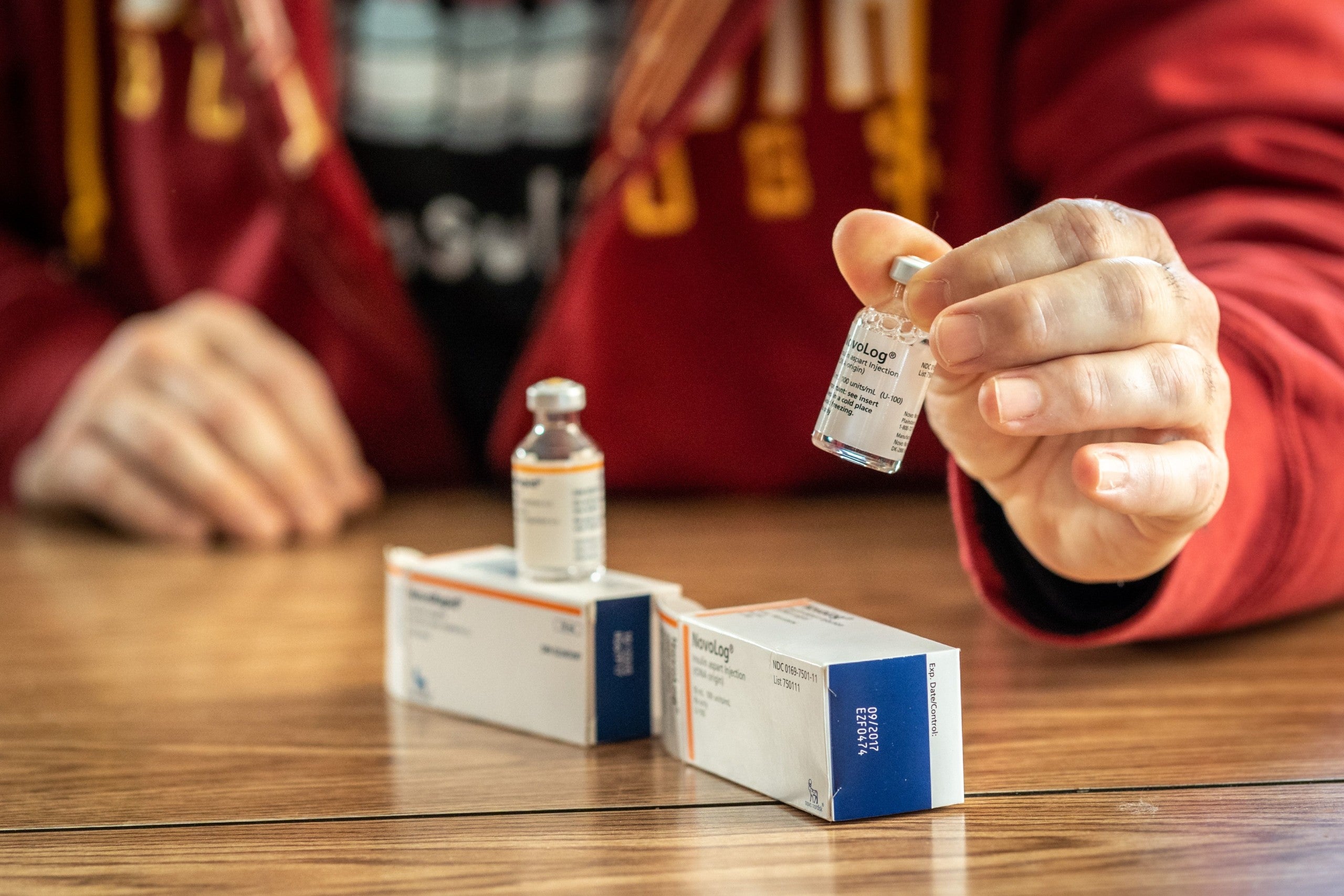 Travis Paulson looks at NovoRapid (Canada) and NovoLog (US), a replacement insulin drug at his house on January 16, 2020 in Eveleth, Minnesota. - It's the wealthiest country on the planet but the sometimes staggering cost of health care means that Americans in need of everyday items such as insulin to treat diabetes resort to the black market or pharmacies across the border to source cheaper drugs. (Photo by Kerem Yucel / AFP) (Photo by KEREM YUCEL/AFP via Getty Images)
by: Jacqueline Howard, CNN
Posted: May 26, 2020 / 04:12 PM EST / Updated: May 26, 2020 / 04:13 PM EST

(CNN) — Most senior Medicare recipients will be able to get prescription plans that cap copay costs for insulin, allowing them access to various types of insulins at no more than a $35 copay for a month’s supply, the White House announced during a call with reporters on Tuesday.

Senior beneficiaries will have access to the new benefit through Medicare Part D prescription drug plans and Medicare Advantage plans.

“That results in approximately a 66% or two-thirds reduction in out-of-pocket costs,” White House counselor Kellyanne Conway said during the call.

President Donald Trump is expected to unveil details about this new Medicare benefit during a Rose Garden news conference on Tuesday. Conway added that the heads of insulin manufacturers are expected to attend, including Eli Lilly and Novo Nordisk, as well as insurance representatives and the American Diabetes Association.

“These plans will begin starting in January 2021 in all 50 states, DC and Puerto Rico, and seniors can find a participating plan on our ‘Medicare plan finder’ during the annual open enrollment period, which begins on October 15,” Seema Verma, administrator for the Centers for Medicare and Medicaid Services, said during Tuesday’s call.

The move comes as lawmakers across the US have begun a push to cap the cost of insulin after years of skyrocketing prices. Virginia, Illinois and Colorado have passed bills setting payment caps on the drug, with Tennessee lawmakers considering a similar bill. Insulin costs between $2.28 and $3.42 for drug makers to manufacture, yet many people with diabetes pay hundreds of dollars for the lifesaving drug.

CMS noted in a press release on Tuesday that more than 1,750 standalone Medicare Part D prescription drug plans and Medicare Advantage plans with prescription drug coverage have applied to offer lower insulin costs through the Part D Senior Savings Model for the year 2021.

Verma added during Tuesday’s call that CMS will monitor the results of this approach to lowering insulin costs and, if the model proves successful, will expand it to other high-cost drugs.

“We’re starting with insulin, but depending on the progress of this, we will consider offering this flexibility to manufacturers and plans with other drugs, depending on the results,” Verma said. “We think that this creates a foundation and a platform to fixing some of the problems that we have in the Part D plan. It’s time for that program to be updated.”