Memorial service for former Sen. Birch Bayh to be held at Statehouse 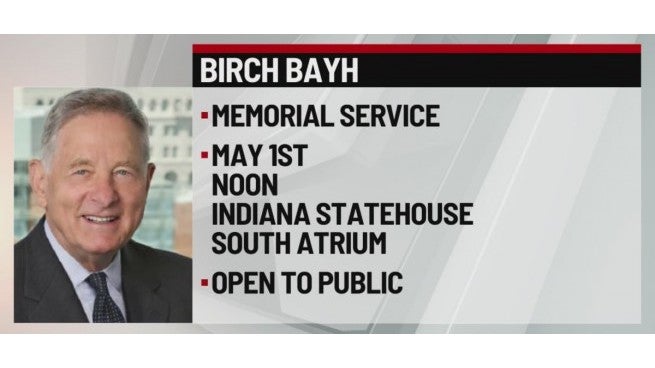 INDIANAPOLIS (WISH) — A memorial service is planned for the late Birch Bayh.

It will be held on May 1 at noon in the south atrium of the Statehouse. The service will be open to the public.

He also authored both the 25th and 26th amendments to the Constitution.