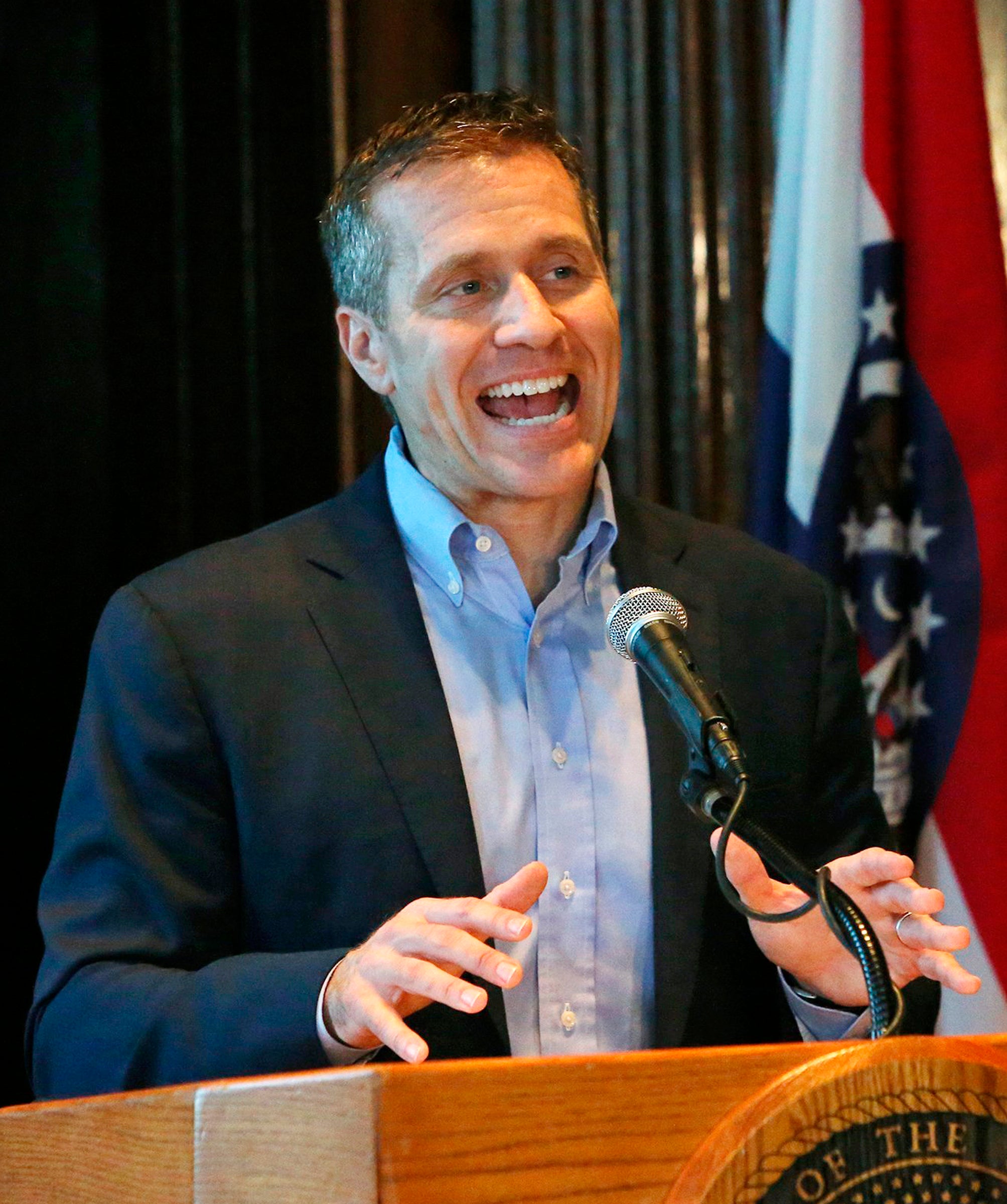 JEFFERSON CITY, Mo. (AP) — In a historic move, Missouri lawmakers announced Thursday that they are calling themselves into a special session later this month to consider impeaching Gov. Eric Greitens following allegations of sexual misconduct and misuse of charity resources for his political campaign.

Republican House and Senate leaders said they had gathered more than the constitutionally required signatures of three-fourths of the members of each chamber to summon themselves into a special session that will start at 6:30 p.m. on May 18 — just 30 minutes after the end of work in their regular session.

It will mark the first time in Missouri history that lawmakers have called a special session. Extraordinary sessions typically are called by governors.

“This was not a decision made lightly and certainly not without great deliberation and effort,” Missouri House Speaker Todd Richardson said. He pledged a “fair process that will not be rushed to conclusion.”

Various spokespeople for Greitens did not immediately respond to requests for comment Thursday night.

The petition calls upon lawmakers to consider the upcoming recommendations of the House investigatory committee on potential “disciplinary actions” against the first-term Republican governor, which also could include lesser reprimands than impeachment.

Convening a special session will allow the investigatory committee to continue its work without worrying that it could be arbitrarily halted by the end of the regular session.

According to the Missouri Constitution, the special session can last no more than 30 days. If the House votes to impeach Greitens, which requires 82 votes, the Senate then would appoint a panel of seven judges to conduct a trial on whether to remove him from office.

Senate President Pro Tem Ron Richard said he already has had conversations with retired judges about the process for putting together a trial panel.

“We stand ready to do it if called upon,” he said.

All of Missouri’s top Republican and Democratic legislative leaders already had called on Greitens to resign, which he has declined to do.

“Pursuing impeachment against a Missouri governor is history none of us wants to make, but Eric Greitens’ actions have made it unavoidable,” said House Minority Leader Gail McCann Beatty.

A spokeswoman for Republican Secretary of State Jay Ashcroft confirmed the special session petition had been filed with the office Thursday night.

Only one other Missouri official — former Democratic Secretary of State Judi Moriarty in 1994 — has been removed from office following impeachment.

The legislative announcement about a special session came a day after a House investigatory committee released a report indicating that Greitens had misused a donor list from a veterans’ charity he founded to raise money for his 2016 gubernatorial campaign. The report included testimony from a former Greitens’ aide indicating the campaign also falsely identified the source of the donor list in a settlement with the Missouri Ethics Commission.

It was the second stunning report from the House panel. Last month, it released a report with testimony from a woman alleging that Greitens had restrained, slapped, shoved, threatened and belittled her during a series of sexual encounters in 2015 that at times left her crying and afraid.

Greitens faces a May 14 trial in St. Louis on a felony invasion of privacy indictment stemming from his encounter with the woman. He is accused of taking and transmitting a partially nude and unauthorized photo of the woman while she was bound and blindfolded in the basement of his home. Greitens has acknowledged having a consensual affair but has denied criminal wrongdoing.

He also was charged April 20 in St. Louis with a felony charge of tampering with computer data for allegedly disclosing The Mission Continues donor list to a political fundraiser in 2015 without the permission of the St. Louis-based veterans’ charity that he had founded.