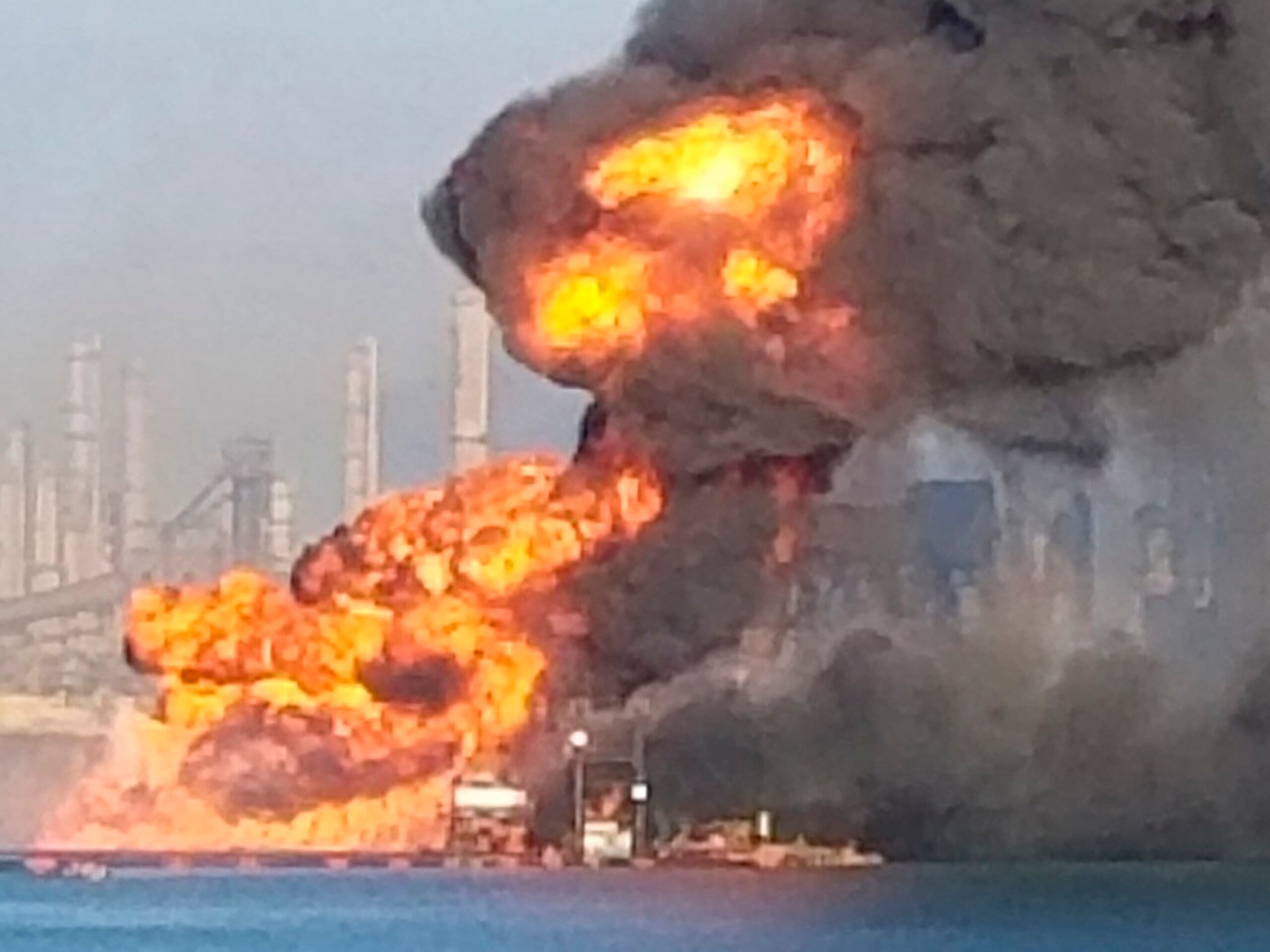 Coast Guard crews respond to a dredge on fire in the Port of Corpus Christi Ship Channel, Friday, Aug. 21, 2020, in Corpus Christi, Texas. Authorities say several people have been hospitalized after an explosion at the Texas port when a dredging vessel hit a natural gas pipeline in the water. (U.S. Coast Guard via AP)
by: Associated Press
Posted: Aug 22, 2020 / 03:29 PM EST / Updated: Aug 22, 2020 / 03:29 PM EST

CORPUS CHRISTI, Texas (AP) — The bodies of two missing crew members of a dredging boat were found Saturday following an explosion a day earlier in the Port of Corpus Christi in Texas, according to the U.S. Coast Guard.

A Coast Guard helicopter and boats were searching for the missing crew members.

The explosion happened at about 8 a.m. Friday when the dredging vessel struck a submerged pipeline, Coast Guard Lt. Marina Lawrence said. The Port of Corpus Christi has said it was a natural gas pipeline.

“Our thoughts and prayers go out to the impacted crewmen and their families,” Sean Strawbridge, CEO, Port of Corpus Christi, said in a statement.

“A full investigation is underway; however, search and rescue efforts are our first priority. It will not be clear for some time the cause of this accident, and any definitive statements to the contrary would be premature,” Strawbridge said.

“We greatly appreciate the efforts of the U.S. Coast Guard and other responders in their efforts to recover our missing crewmen,” Orion CEO Mark Stauffer said in the statement.

The fire onboard the vessel was extinguished at approximately 10 p.m. Friday after the vessel broke apart and sunk, the Coast Guard said.