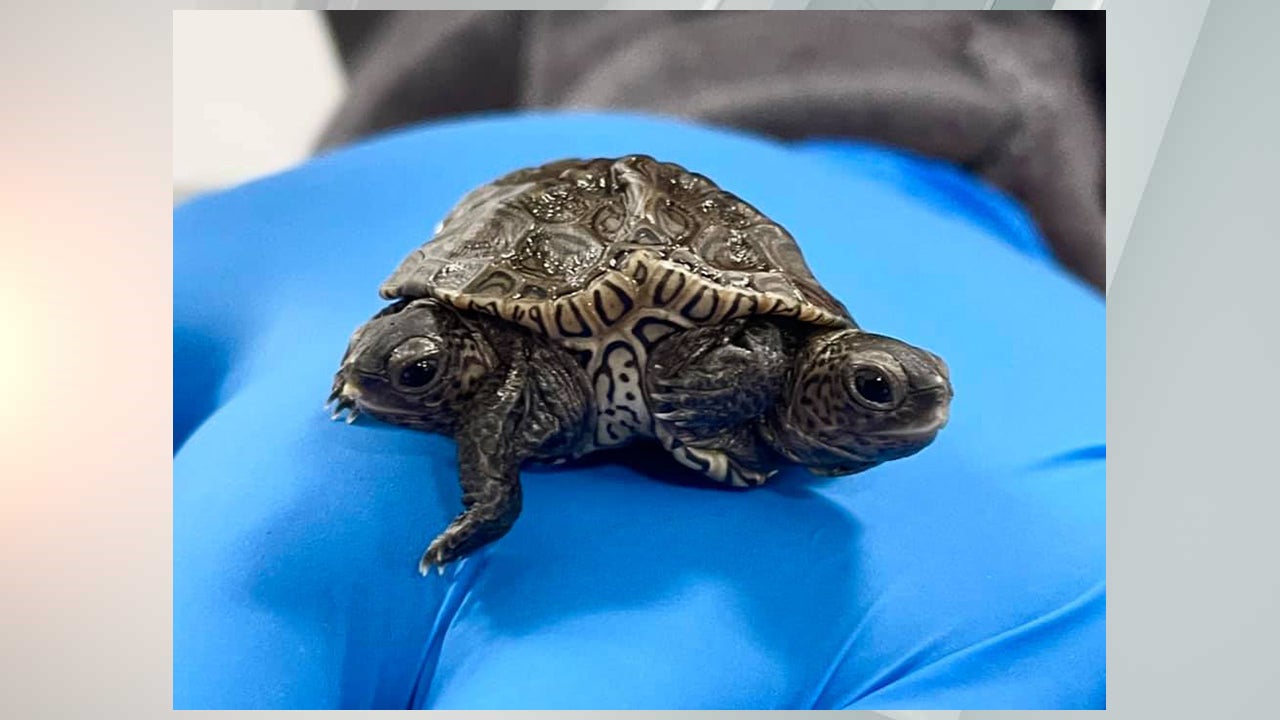 BARNSTABLE, Mass. (AP) — A rare two-headed diamondback terrapin turtle is alive and kicking — with all six of its legs — at the Birdsey Cape Wildlife Center in Massachusetts after hatching two weeks ago.

A threatened species in the state, this turtle is feeding well on blood worms and food pellets, staff at the center say. The two heads operate independently, coming up for air at different times, and inside its shell are two gastrointestinal systems to feed both sides of its body.

The turtle originally came from a nest in West Barnstable that researchers determined was in a hazardous location and needed to be moved. After hatching, turtles in these so-called “head start” nests are sent to different care centers to be monitored before their release in the spring, The Cape Cod Times reported.

The turtle was named after infamous twins Mary-Kate and Ashley upon hatching two weeks ago at New England Wildlife Center, The Boston Globe reported.

Center veterinarian Pria Patel and other staff will continue to monitor the turtle in the coming weeks. They’re hoping to perform a CT scan to learn more about its circulatory system.