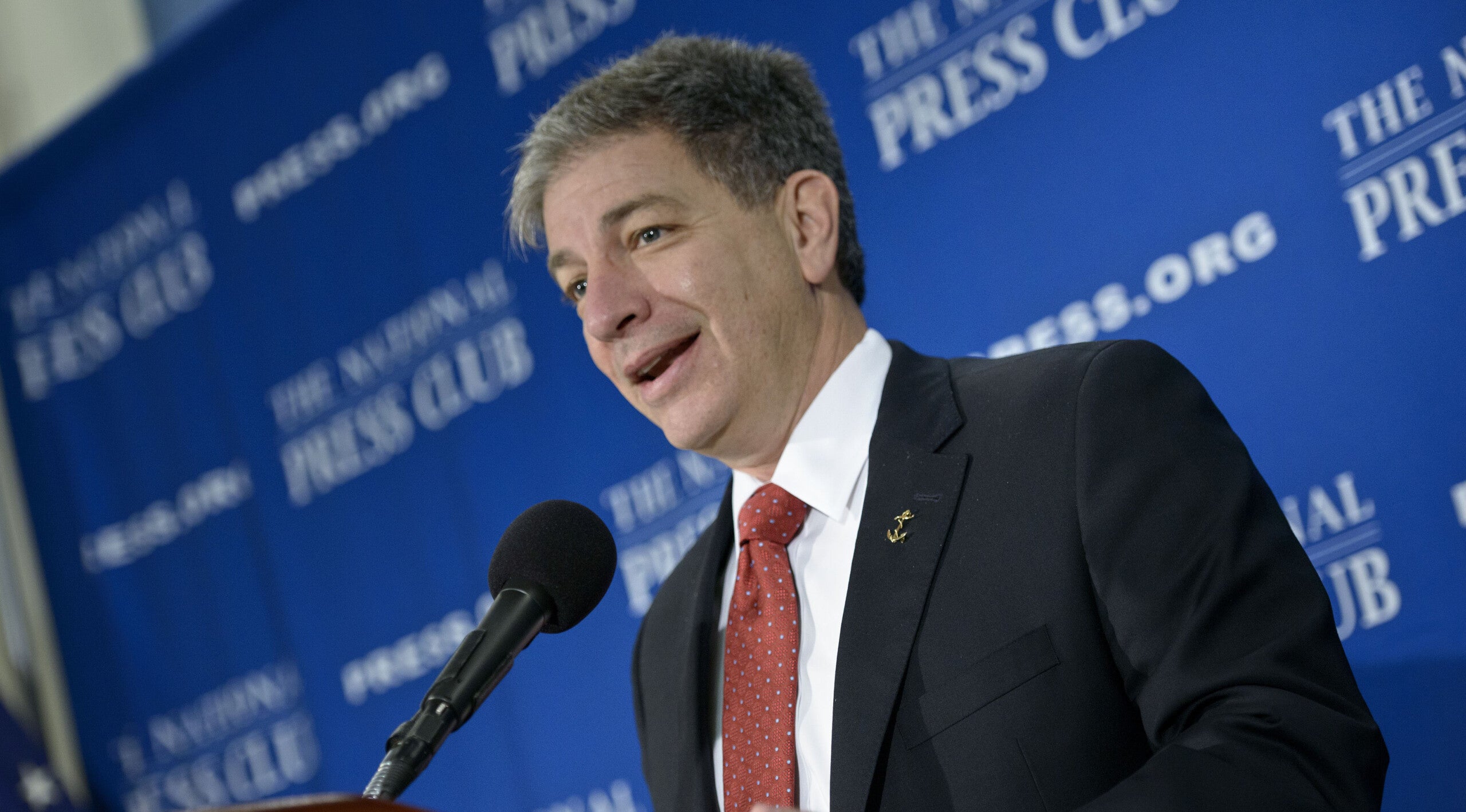 ANCHROAGE, Alaska (AP) — Anchorage Mayor Ethan Berkowitz has submitted his resignation, a day after admitting he had an inappropriate texting relationship with a local television anchorwoman.

“It is with profound sadness and humility I resign as mayor of Anchorage,” Berkowitz said, according to the statement read by Bockenstedt.

Berkowtiz said it was unacceptable personal conduct on his part that compromised his ability to perform his duties as mayor.

A small but vocal crowd, including one man waving two flags, stood and cheered after the announcement was made.

Berkowitz’s resignation came four days after the anchor for a combined Fox/ABC station posted a story on Facebook saying Berkowitz posted nude photos to a website and she would air the story later that night.

However, Maria Athens was later arrested after getting into a physical altercation with her station manager, whom charging documents described as her boyfriend. The story never aired.

She had also posted what she claimed were naked photos of the mayor’s back side on her Facebook account.

However, late Monday afternoon Berkowitz, who is married, released another statement, in which he admitted to having the relationship with Athens.

“I apologize to the people of Anchorage for a major lapse in judgment I made several years ago when I had a consensual, inappropriate messaging relationship with reporter Maria Athens,” Berkowitz said.