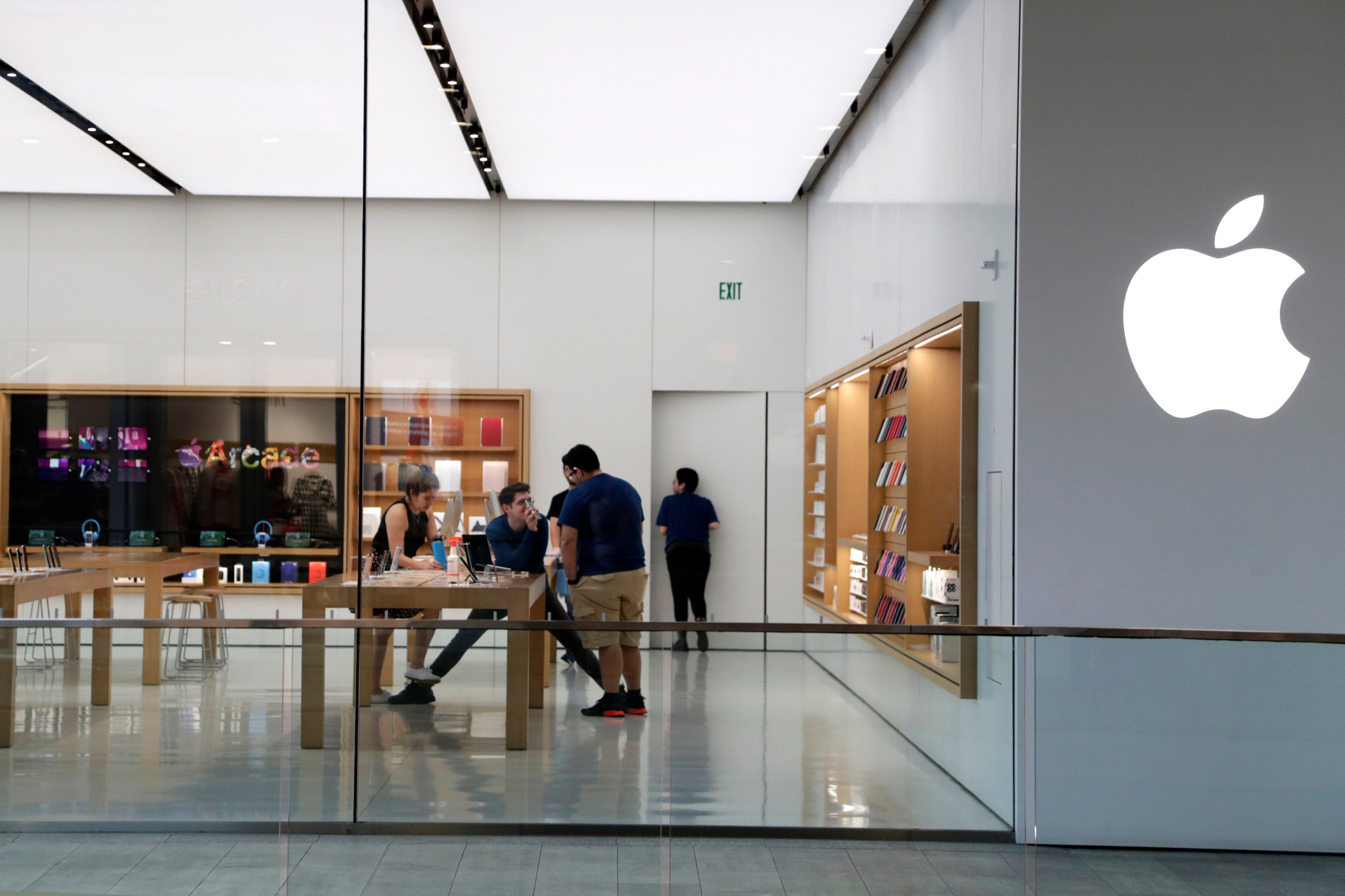 FILE - In this March 14 2020 file photo, Apple employees work inside a closed Apple store in Miami. Apple is temporarily closing 11 stores in Arizona, Florida, North Carolina and South Carolina just few weeks after reopening them in hopes that consumers would be able to shop in them without raising the risk of infecting them or company workers with the novel coronavirus that caused COVID-19. (AP Photo/Lynne Sladky, File)
by: The Associated Press
Posted: Jun 19, 2020 / 02:41 PM EST / Updated: Jun 19, 2020 / 02:41 PM EST

CUPERTINO, Calif. (AP) — Apple is closing 11 stores in Arizona, Florida, North Carolina and South Carolina that it had reopened just few weeks ago as infections rates in some regions in the U.S. begin to rise.

Arizona and Florida have both experienced rising incidents of new cases and rates of those testing positive for COVID-19.

Over the past two weeks, the rolling average number of daily new cases in Florida has increased by 1,422.7, or 144.4%., according to researchers tracking the virus at John Hopkins University.

“We take this step with an abundance of caution as we closely monitor the situation and we look forward to having our teams and customers back as soon as possible,” Apple said in a prepared statement.

The Carolinas have also experienced an uptick, based on the John Hopkins data.

There were 179.3 new cases per 100,000 people in South Carolina over the past two weeks, which ranks fourth in the country for new cases per capita. The rolling average number of daily new cases has increased by 495, or 213.0%.

Apple began reopening more than 30 stores scattered across the country last month after shutting down all of its U.S. brick-and-mortar locations in March. The Cupertino, California, company has continued to sell iPhones, including a new $399 model released during the lockdown, and other products in its online store.

Seven of the Apple stores that are closing again are in Arizona. Two stores are closing in both Florida and North Carolina. The other one is in South Carolina.