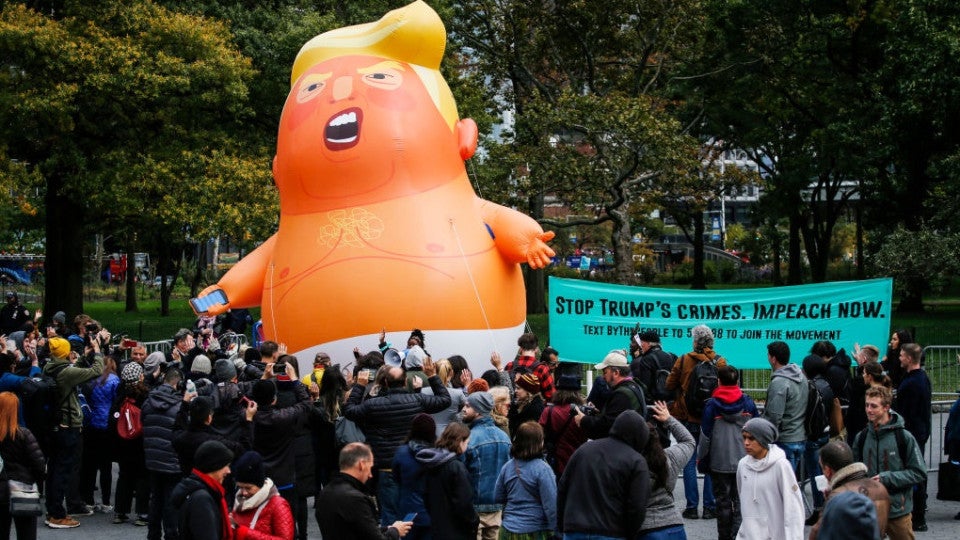 NEW YORK, NY - OCTOBER 28: The Baby Trump Balloon rises after being inflated in Battery Park as part of an "Impeachment Parade" protest on October 28, 2018 in New York City. The 20-foot balloon that flew over London, Chicago and Los Angeles earlier this year made its New York debut during a protest organized by "By the People," a grassroots campaign calling for the impeachment of President Trump. (Photo by Kena Betancur/Getty Images)
by:
Posted: Jul 3, 2019 / 11:07 AM EST / Updated: Jul 3, 2019 / 11:07 AM EST

(CNN) – “Baby Trump” is going to crash the president’s Fourth of July bash.

The infamous 20-foot-tall balloon depicting the president as a baby in diapers will be hanging around Washington on Thursday during Trump’s “Salute to America” event.

The National Park Service issued a permit to Code Pink, the group behind the balloon, to display it on the National Mall.

But there’s one hiccup “Baby Trump” organizers are dealing with. They don’t have permission to fill the balloon with helium. Only cold air is approved.