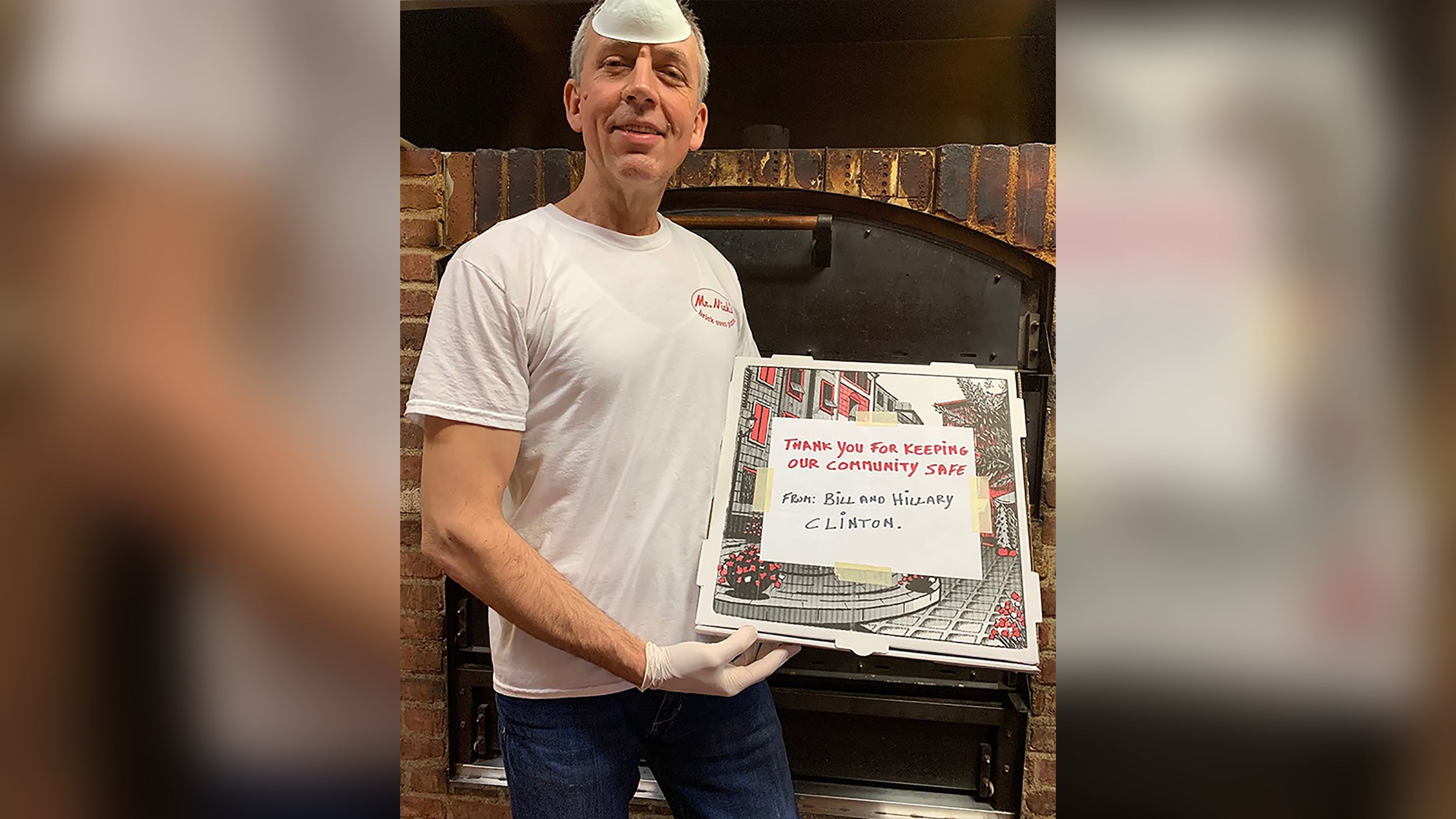 (CNN) — With New York quickly becoming the new epicenter of the coronavirus crisis in the US, healthcare workers in the state have been working nonstop. Knowing that these heroes wouldn’t have time to stop and grab a meal, one of New York’s most famous couples — Bill and Hillary Clinton– stepped in to help.

This week, the Clintons sent over 400 pizzas to all the hospitals in their home county of Westchester “as a small token of their appreciation for everything medical professionals are doing for their communities,” according to Angel Ureña, spokesman for President Clinton.

With a note that read, “Thank you for protecting our communities. From Bill and Hillary Clinton,” 80 pizzas were delivered Wednesday evening to St. John’s Riverside Hospital alone.

“Thank you to the Clintons for pizza today at DOBBS FERRY ED! Leaders like you will get us through this. So much gratitude thank you thank you thank you,” Angela Cirilli, the emergency medicine ultrasound director at St. John’s Riverside Hospital, said in a tweet.

“When someone is thoughtful enough to bring in food, then our doctors don’t have to think about it and it allows them to continue doing their job,” Denise Mananas, the hospital’s senior director of external affairs said.

Twenty pizzas were also sent on Tuesday evening to Blythedale Children’s Hospital, which cares for babies and children with medical complexities.

“The impromptu pizza party for our frontline caregivers was a tremendous surprise and was greatly appreciated by all,” said the hospital’s spokeswoman Connie Cornell. “The Clintons have always been good neighbors, and their kindness during a tremendously difficult time for health care workers truly boosted everyone’s spirit.”

Abi Krasniqi, the manager of Mr. Nick’s Brick Oven Pizza, said his restaurant delivered 20 pies to Phelps Memorial Hospital. While the move was obviously supportive of the healthcare workers, Krasniqi said it helped his business too.

“Business has been steady but it’s not the same as it was before all this happened,” Krasniqi said. “It goes to show that (the Clintons) care about their people, they care about their country.”

From sewing masks to donating their own supplies of protective gear, communities around the US are doing whatever they can to support the healthcare workers during this difficult time.

But when famous individuals like the Clintons show their support, Mananas said “they have the power to spread the word about what our hospital is facing.”

On Wednesday, Hillary Clinton wrote a message of support to not just the medical professionals, but all the other workers and employees who are continuing to serve in their essential roles.

“Thank you to the medical professionals, grocery store employees, delivery drivers, pharmacy workers, mail carriers, firefighters, police, nursing home employees, and everyone else who is working to save lives and keep us all going right now,” the former secretary of state tweeted.