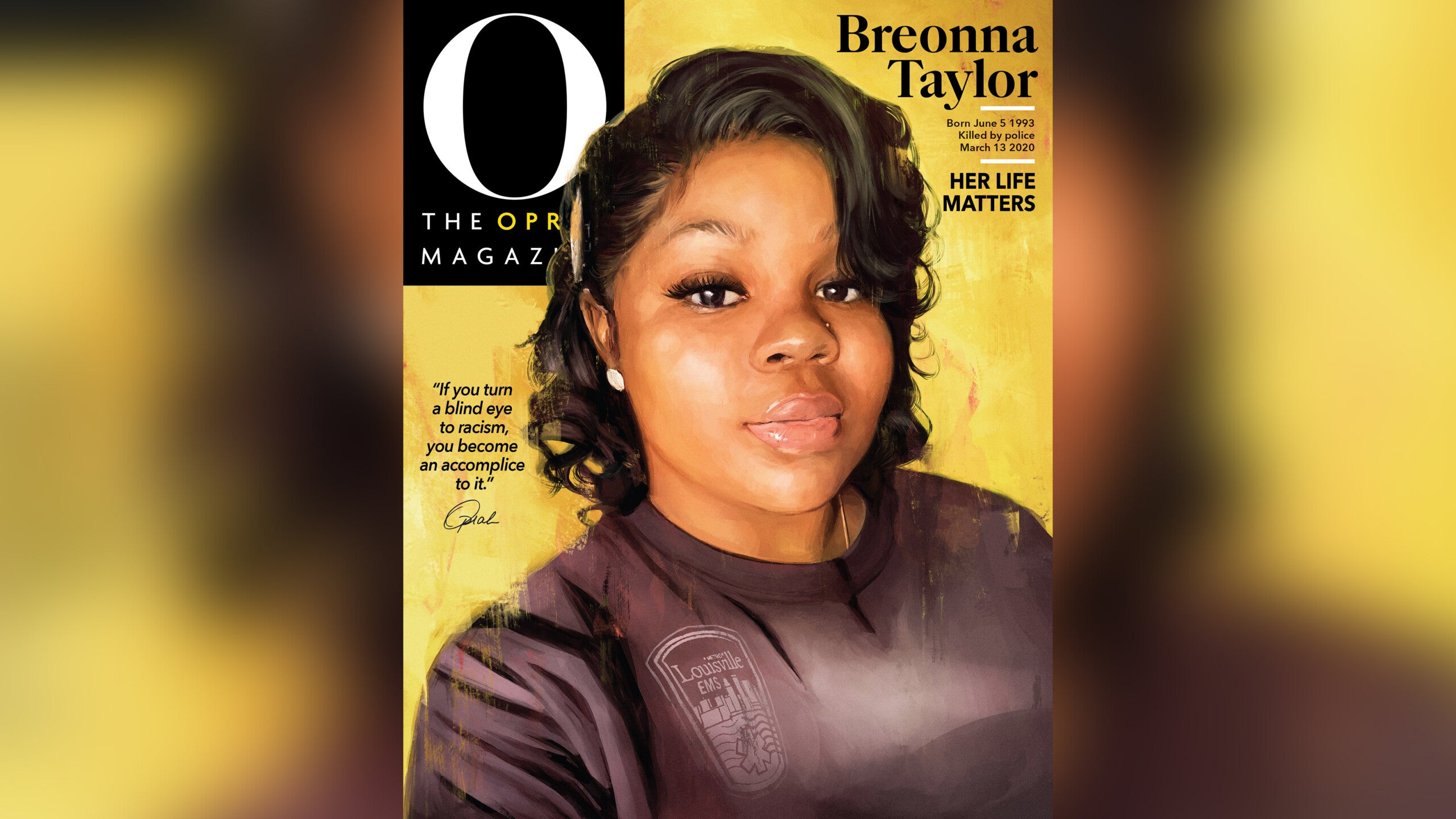 (CNN) — For the first time in its 20-year history, Oprah Winfrey will not be the cover star of her namesake magazine. Instead, the September issue’s cover will pay tribute to Breonna Taylor, the 26-year-old Black woman who was killed by police in March.

“We can’t be silent,” Winfrey wrote in a statement accompanying the reveal. “We have to use whatever megaphone we have to cry for justice. And that is why Breonna Taylor is on the cover of O magazine. The September issue honors her life and the life of every other Black woman whose life has been taken too soon.”

“I am so happy to play a small part in this long-overdue, world-changing narrative on racial injustice and police brutality,” Franklin told O magazine. The original photo is one Breonna took herself and has been featured in the news many times. Looking at it, I see an innocence, simple but powerful. It was critical for me to retain that.”

Taylor was shot eight times after Louisville, Kentucky, police officers broke down the door to her apartment while executing a nighttime warrant in a narcotics investigation on March 13. One of the three officers involved in her shooting was fired, but none of them have been charged or arrested.

Winfrey’s latest column advocates for readers to “continue the fight” for Taylor. She lists several calls to action including signing a Change.org petition to demand justice, calling elected officials, donating to the Louisville Community Bail Fund and using the hashtag #SayHerName on social media.

“We know how Breonna died. March 13. Louisville police storming into her apartment in the middle of the night. No uniforms. No ‘This is the police!’ Terrifying Breonna and her boyfriend, Kenneth Walker,” Winfrey wrote in the column.

Celebrities like Winfrey have in recent months been using their platforms to keep the conversation going about Taylor’s death and to call for the arrest of the police officers behind it. The WNBA dedicated its season to Taylor and the Say Her Name movement.

This editorial decision comes at a major turning point for O magazine. Its parent company Hearst Magazines announced Wednesday that the magazine will become “more digital-centric.” The December issue of O will be its last monthly print edition. Instead, the company will focus more on sharing stories on its website.

“O, The Oprah Magazine launched as a personal growth guide to help women live their best lives,” Editor-in-Chief Lucy Kaylin said in a statement. “As we embark on this next chapter, we will lean into moments that are central to the brand’s DNA and deepen the connection with our loyal readers.”

The September issue comes out August 11.