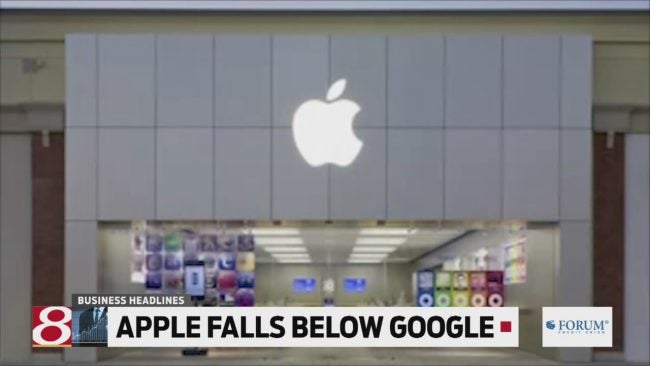 INDIANAPOLIS (WISH) – Farmland values in parts of the Midwest dropped at their fastest rate in nearly 30 years during the first three months of 2016.

The Federal Reserve Bank of Chicago says falling crop prices, which have led to a decline in farm declined have played a role in the drop.

Also, Apple has been replaced by another technology giant as the largest company in the United States.

Google has overtaken Apple for the top spot after its stock value fell below that of its competitors.  In all, Apple’s stock has dropped more than 14 percent in 2016.

For these and other stories making headlines in the business world, click on the video.