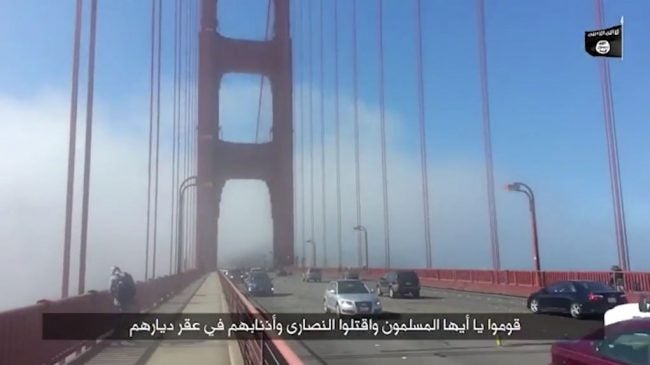 SAN FRANCISCO (KRON) – The Federal Bureau of Investigation is looking into a propaganda video released over the weekend by ISIS that appears to threaten San Francisco.

The footage shows video of the iconic Golden Gate Bridge and some neighborhoods in San Francisco after praising Omar Mateen, the man who killed 49 people at an Orlando nightclub earlier in June.

A local FBI spokesperson said there is no credible threat.

The clips of San Francisco include video of Pine Street near the Financial District and a cable car traveling up Powell Street.

The man in the video talking in Arabic has not been identified, according to a local FBI official.