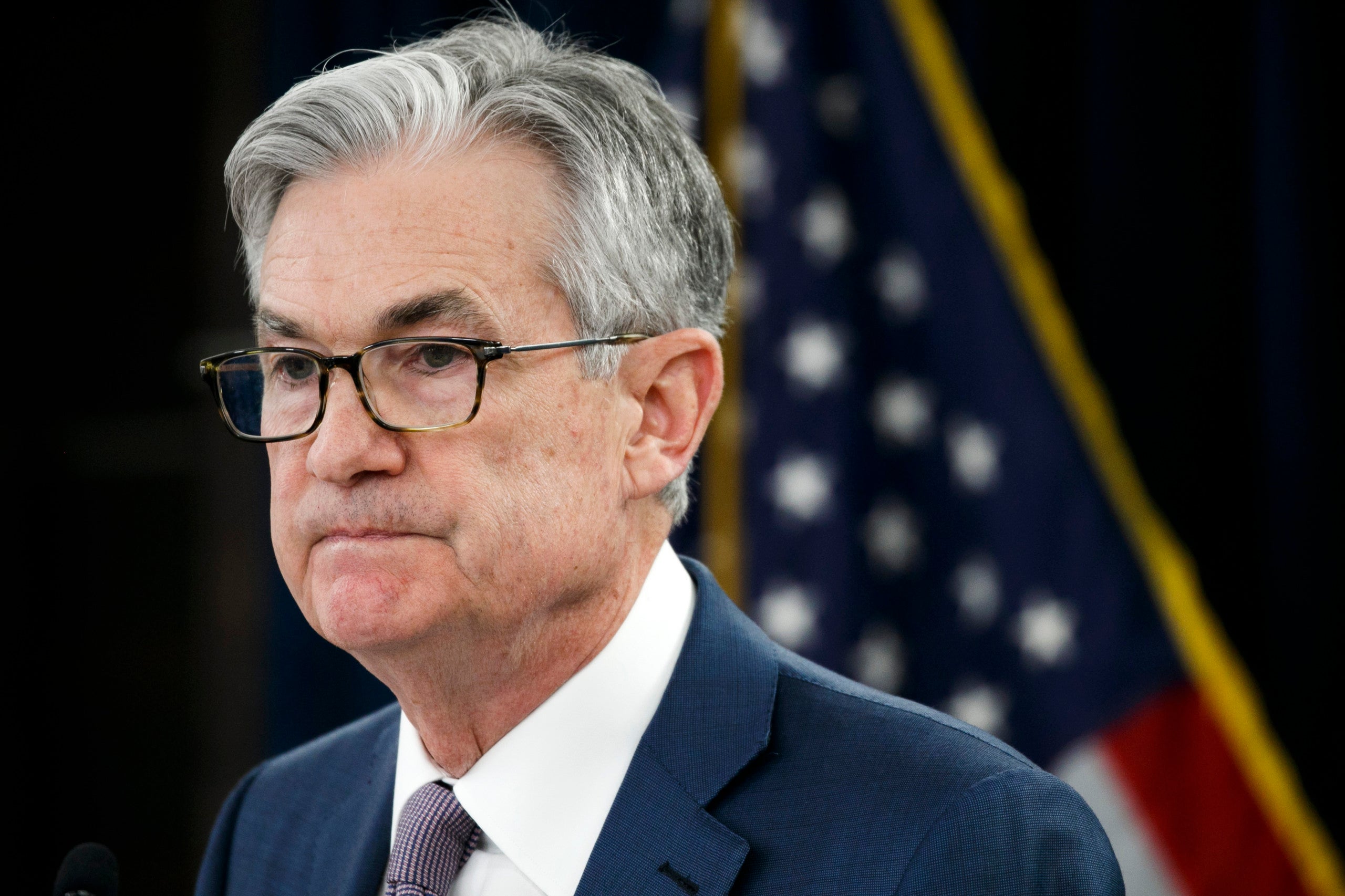 FILE - In this Tuesday, March 3, 2020 file photo, Federal Reserve Chair Jerome Powell pauses during a news conference to discuss an announcement from the Federal Open Market Committee, in Washington. The Federal Reserve says it will keep buying bonds, Wednesday, June 10, to maintain low borrowing rates and support the U.S. economy in the midst of a recession. And it says nearly all the Fed’s policymakers foresee no rate hike through 2022. .(AP Photo/Jacquelyn Martin, File)
by: CHRISTOPHER RUGABER AP Economics Writer
Posted: Nov 1, 2021 / 10:54 AM EST / Updated: Nov 1, 2021 / 10:54 AM EST

WASHINGTON (AP) — With inflation at its highest point in three decades, the Federal Reserve is set this week to begin winding down the extraordinary stimulus it has given the economy since the pandemic recession struck early last year, a process that could prove to be a risky balancing act.

Chair Jerome Powell has signaled that the Fed will announce after its policy meeting Wednesday that it will start paring its $120 billion in monthly bond purchases as soon as this month. Those purchases are intended to keep long-term loan rates low to encourage borrowing and spending.

Once the Fed has ended its bond purchases by mid-2022, it will then turn to a more difficult decision: When to raise its benchmark short-term rate from zero, where it’s been since COVID-19 hammered the economy in March 2020. Raising that rate, which affects many consumer and business loans, would be intended to make sure inflation doesn’t get out of control. But it would carry the risk of discouraging spending and undercutting the job market and the economy before they’ve regained full health.

“We don’t have a roadmap for what we’re going through,” said Diane Swonk, chief economist at Grant Thornton. Powell has to “walk a tightrope” by supporting the recovery while not “turning a deaf ear to inflation.”

Against that uncertain backdrop, President Joe Biden has yet to announce whether he will re-nominate Powell for another four-year term as Fed chair. Powell’s current term expires in early February, but previous presidents have usually announced such decisions in the late summer or early fall.

Biden is expected to offer Powell a second term despite complaints from progressive groups that the chairman has heightened risks to the financial system by loosening bank regulations and isn’t sufficiently committed to taking account of the economic threats from climate change in the Fed’s oversight of financial firms. Powell is admired on Wall Street and in most economic circles and has drawn praise for steering the economy through the recession, in part through an array of emergency Fed lending programs.

The Fed’s likely decision this week to taper its bond purchases comes as high inflation is bedeviling the U.S. economy for much longer than Powell and many other officials initially expected. Healthy spending demand from consumers has run up against clogged ports, shut-down factories and labor shortages that have forced up prices for autos, furniture, food, building materials, and household products.

On Friday, the government said prices surged 4.4% in September from a year earlier — the fastest 12-month increase since 1991. There was, however, one sign that inflation might be ebbing: Excluding the volatile food and energy categories, prices ticked up just 0.2% from August to September. That was down a tenth from the previous month’s increase and far below the 0.6% jump in May.

Still, wages and salaries soared in the July-September period by the most in at least 20 years, according to a separate report Friday. That suggests that workers are increasingly able to compel higher pay from businesses that are desperate to fill a near-record number of open jobs. Large pay increases can drive up inflation if companies raise prices to cover their higher costs.

While inflation is running hot, the job market isn’t back to full strength. The unemployment rate was 4.8% in September, above its pre-pandemic level of 3.5%. And roughly 5 million fewer people have jobs now than did before the pandemic. Many Americans have yet to come off the sidelines to look for work, some of them because they still fear the virus or can’t find or afford child care, others because they have decided to retire early.

Powell has said that he would like the job market to show further improvement before the Fed begins to raise its key short-term rate. Economists expect him to use the news conference that follows the Fed meeting Wednesday to stress, as he has before, that the start of tapering of the Fed’s bond purchases doesn’t mean a rate hike is near.

Minutes from the Fed’s last meeting indicate that the central bank will likely reduce its monthly purchases of Treasury and mortgage bonds by $15 billion a month. By tapering the bond purchases that quickly, the Fed would have the flexibility to raise rates by the second half of 2022.

That doesn’t meant it will. At its last meeting, about half the Fed’s policymakers forecast that the first rate hike would be in late 2022, with the other half projecting 2023 or later. The timing of any rate hike will depend, though, on whether inflation is still high, and whether the Fed thinks the job market is back at full health.

Earlier in the pandemic, Powell had spoken optimistically about helping restore the unemployment rate get to its pre-COVID level, when it reached a 50-year low of 3.5%. More recently, though, he and other officials have expressed doubts about whether the job market can recover that fully.

It’s far from clear whether or when the several million Americans who have left the labor force will return. Among the newly jobless are those who live or work in places, such as the downtowns of major urban centers, where jobs may never fully return. If many people have indeed dropped out of the job market for good, the Fed might decide it can rates sooner than it otherwise would.

“They have to be thinking now that the labor force has changed in a structural way,” said Steve Friedman, an economist at asset manager MacKay Shields and a former senior staffer at the New York Fed.

Yet the risk is that the Fed might end up raising rates too soon. Supply bottlenecks may loosen in the coming months. If the Fed were to raise rates at the same time, it could depress spending and weaken the economy just as its supply problems are healing.

“We could easily find that demand is damping just as supply is increasing,” Randal Quarles, a member of the Fed’s Board of Governors, said in a recent speech. “In the worst case, we could depress the incentives for supply to return, leading to an extended period of sluggish activity.”