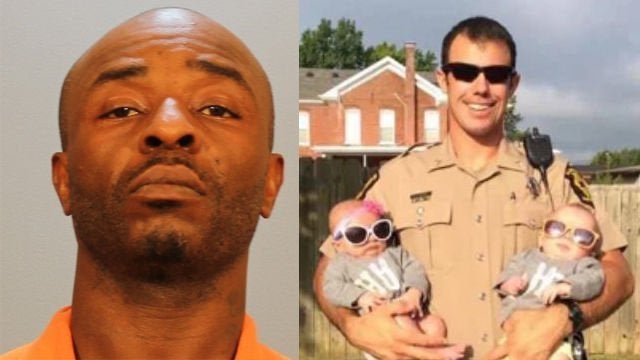 According to the indictment, Grant was using the home to distribute controlled substances.

Grant remains in state custody since he was first charged with first-degree murder.

Trooper Hopkins was shot and killed in the line of duty while serving a warrant near Caseyville Avenue and North 42nd Street in East St. Louis shortly before 5:30 a.m. on Aug. 22, 2019.

Hopkins died from his injuries the next day at St. Louis University Hospital at 6:10 p.m.

Brendan Kelly, Director of the ISP, said the death is the first of an Illinois State Police SWAT team member in 20 years.

“It is with profound heartache and unfathomable sadness that we inform you of the death of Trooper Nicholas Hopkins. Trooper Hopkins laid down his life while protecting the citizens of this state,” Kelly announced during a press conference.

The U.S. Attorney for the Southern District of Illinois Steven D. Weinhoeft said his office is working tirelessly to get justice for Hopkins and his family.

“At a time when law enforcement is under attack. The U.S Attorney’s Office is here to say enough,” said Weinhoeft. “We are here to pledge to bring every resource to ensure and seek justice in this case.”

Two others were also taken into custody.