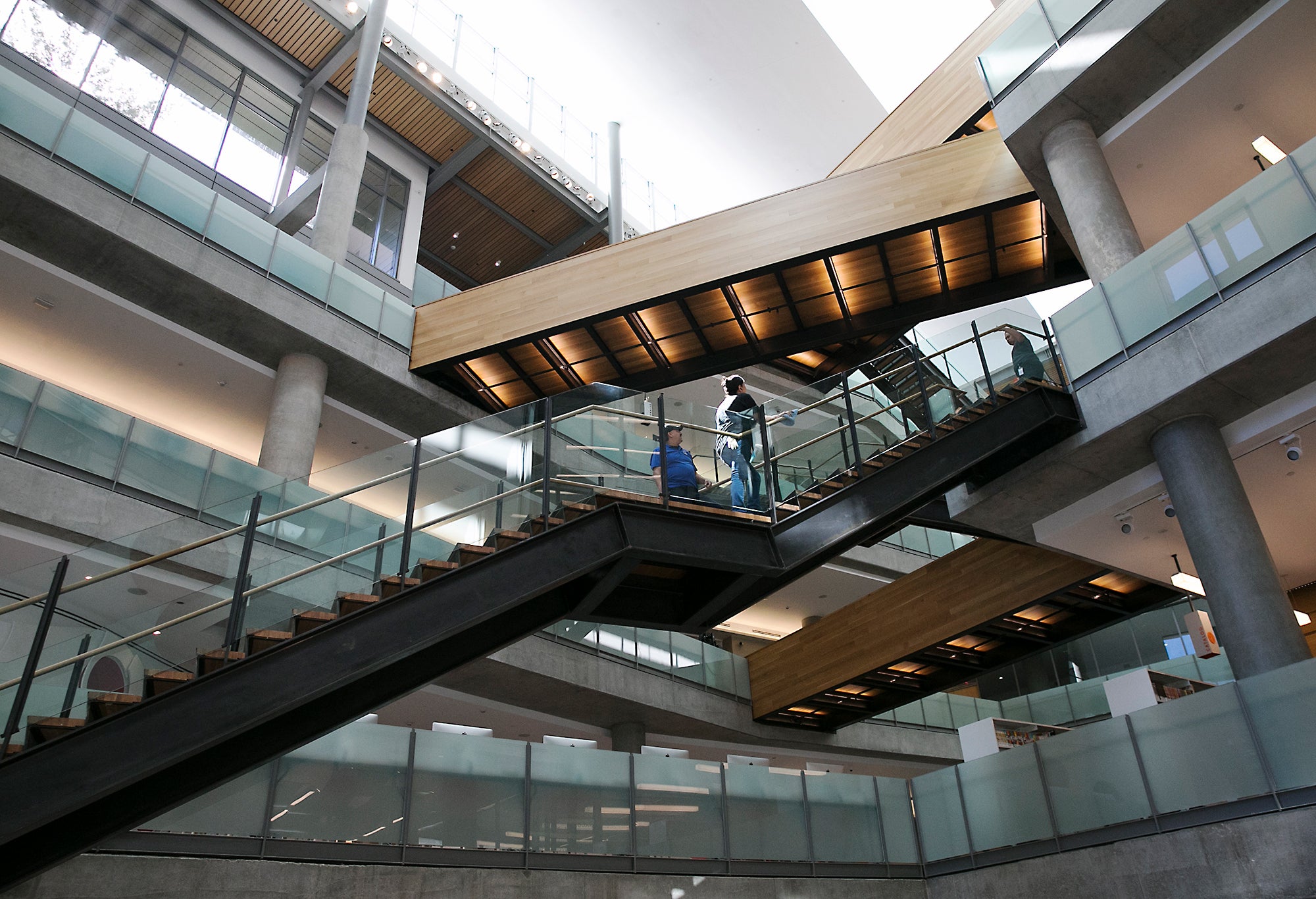 Auditors got a tip in March 2019 that Randall Whited was storing the stolen printer toner in his garage until he could sell it, according to a 72-page report dated October 2020.

Whited was an accounting associate for the Austin Public Library and was responsible for making and approving purchases, cash receipts, billing and other accounting transactions, the report said.

The report also said Whited had access to ten library credit cards and put at least $18,000 on them to buy items that appeared to be for personal use — including video games, virtual reality headsets, robotic vacuums and a drone.

The report said auditors reviewed a sampling of receipts, purchase orders and other supporting documents and found “found multiple examples of inadequate records” — including some that were altered or showed his home as the shipping address.

Whited resigned in lieu of termination in August 2019 because of an unrelated issue, the report said.

“The Library’s poor practices and procedures provided an opportunity for Whited to steal from the City during his tenure, leading to waste and overspending by the department.”

The auditors referred the issues to the Austin Police Department, the report said.

“We are investigating the allegations and are anxious to examine the evidence in this matter,” Whited’s attorney Bill Hines told CNN by email.

He was indicted by a grand jury in early September on a theft charge, according to court records, and was booked and released later last month, jail records show.

Whited has a hearing on theft charges scheduled for October 13, according to court documents.

The report found evidence that Whited purchased at least $1.5 million in printer toner between October 2007 and July 2019.

Auditors estimated that the library system would have only needed about $150,000 worth of toner over that period of time.

“Based on our analysis of purchases and actual APL toner needs, it appears Whited stole more than $1.3 million worth of toner,” the report said.

The report said that Whited visited a toner reseller’s website on his work computer on at least one occasion, and auditors found a spreadsheet detailing shipments to another reseller on his work machine.

That spreadsheet showed that Whited sent 60 packages to that toner reseller over a four-day period in October 2017 according to the report.

“The toner reseller confirmed they received shipments from Whited in the past, but did not provide payment records to our office as requested,” the report said. “As a result, we could not determine how much Whited profited from the sales.”

Library staff said that Whited often volunteered to deliver printer toner to other branch libraries, even though that was other employees’ jobs, according to the report.

The branches told auditors “that they had very little toner on hand, and several had not received any deliveries in months.”

The report said that Whited would often come to work more than a half hour before his 8 a.m. shift, even though his supervisor told him not to because there was “insufficient supervision” in the early morning.

It said security camera footage showed him taking what appeared to be toner boxes from his office and putting them in his vehicle.

In a statement attached to the report, Director of Libraries Roosevelt Weeks said the library started taking steps to prevent fraud in response to the audit.

“The Department takes fraud, waste, and abuse seriously and has fully cooperated with investigations conducted by the City Auditor, as well as the Austin Police Department and the District Attorney’s office, when requested,” Weeks wrote.

He said the library has implemented new rules for purchasing and documentation and is limiting the number of credit cards issued to staff. Staff members with budget authority, purchasing responsibility and a role in the credit card process have also gotten additional training.

“I believe these updates will prevent individuals with ill-intent from taking advantage of the internal control systems in the future and ultimately result in a better and more robust program for protecting the City’s assets and the public’s money,” Weeks wrote.