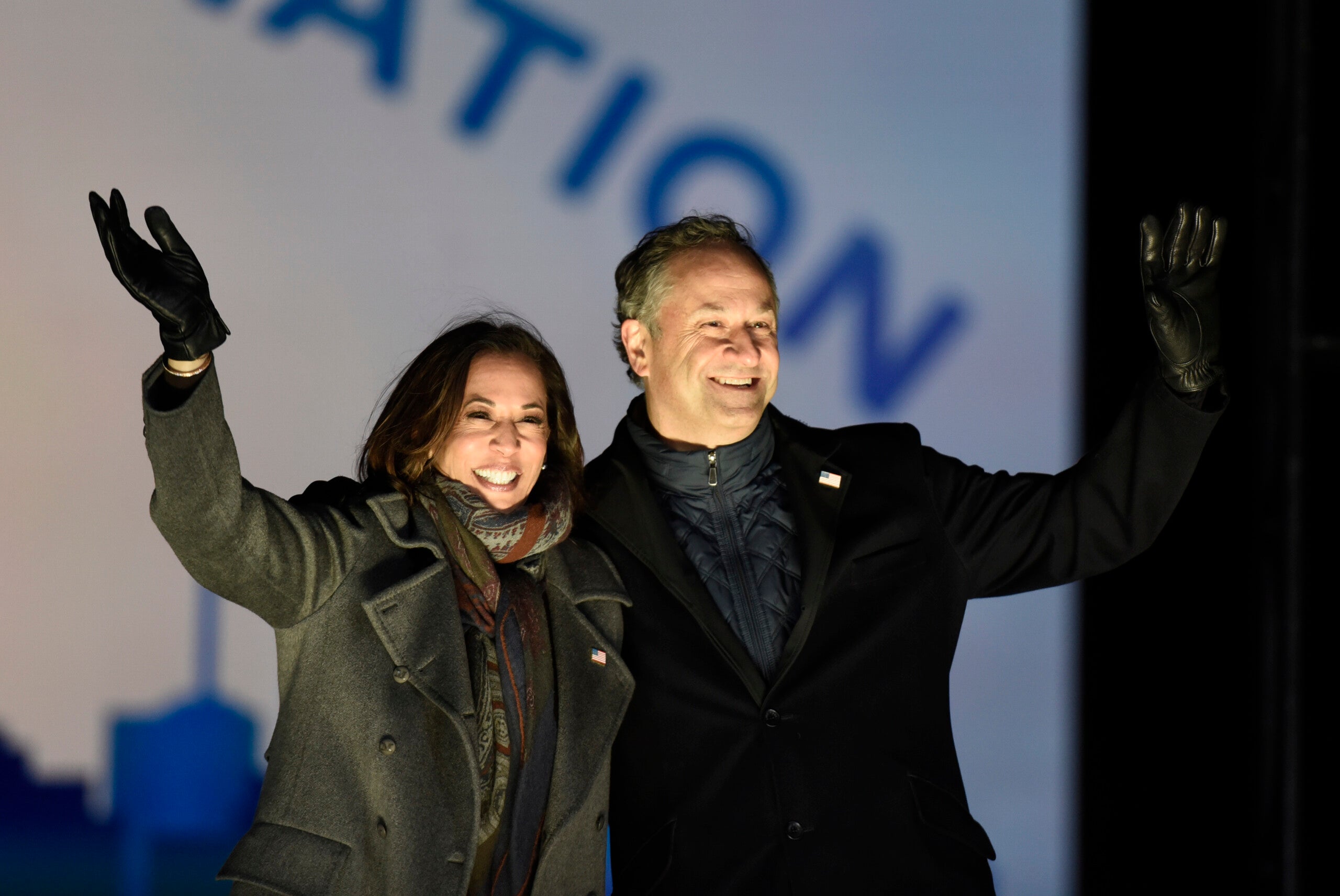 SACRAMENTO, Calif. (AP) — In the Biden White House, the first lady wants to keep her job teaching and the second gentleman plans to quit his law firm to support the vice president’s career.

When it comes to political marriages, we’ve reached a new moment.

Doug Emhoff, the 56-year-old husband of Vice President-elect Kamala Harris, will leave his private law practice by Inauguration Day to focus on his role at the White House, a spokesperson said Tuesday. He’s said little so far about how he’ll approach the role and is still working with the transition team on what issues he’ll tackle.

“We’ve been waiting for this sort of gender switch for decades now,” said Kim Nalder, a professor of political science who has focused on women and gender at California State University-Sacramento. She added, “There is a lot of symbolism from a man stepping back from his high-powered career in order to support his wife’s career.”

Emhoff’s decision to cut ties with DLA Piper also offered an early test of how a Biden administration would avoid potential ethical issues. While Emhoff is not a lobbyist, the firm has a large presence lobbying the federal government on behalf of clients including Comcast, Raytheon and the government of Puerto Rico. He took a leave of absence from the firm in August when Biden chose Harris, a U.S. senator from California, as his running mate.

While Emhoff built a career as a high-profile entertainment lawyer in Southern California, he’s been most visible to voters as Harris’ supportive husband. He quickly befriended other political spouses in the Democratic primary, when Harris sought the party’s nomination.

“I want more women in office, and I want more partners, whoever their partner is, to support them and to provide an opportunity and an environment for success,” Emhoff said in an October interview with the digital site NowThis News. He was not made available for an interview with The Associated Press.

Chasten Buttigieg, the husband of former presidential candidate Pete Buttigieg, said the two quickly formed a friendship as they swapped stories about people they were meeting and their strange “fish out of water” experiences as political spouses. Emhoff would compliment Chasten Buttigieg on his speeches at events and never approached him as a competitor.

“He was just there for the right reasons,” Chasten Buttigieg said. “It was because he loved his wife, and he thought that she would make a great president.”

Buttigieg, who also would have broken barriers as a male presidential spouse, said he remembered how often he was asked what title he would use, a question that seemed frivolous. (Emhoff hasn’t officially selected his title. But Biden has referred to him as the “second gentleman.”) Buttigieg expects Emhoff to thrive in his new job as a public servant.

“You just have to be someone that people can see themselves in,” he said. “People love chatting with him and getting pictures with him. He’s always full of dad jokes and he’s really disarming.”

Emhoff embraced his role as a political surrogate during the campaign. He will be the first Jewish spouse of a president or a vice president, and he was a prominent liaison to Jewish groups and donors.

He also developed a close friendship with Jill Biden, a former second lady, and the two campaigned together frequently in states including Iowa and New Hampshire. Jill Biden has said she wants to keep teaching at a community college, as she did when Joe Biden was the vice president.

Harris on Monday tweeted a photo of herself and Emhoff smiling on the night Biden was announced the winner of the election.

“Meet the love of my life,” she told her 11 million followers.

It was Emhoff who filmed a video of Harris calling Biden after news of their win, which she shared on social media.

Harris and Emhoff met in 2013 and married a year later. It was Harris’ first marriage and Emhoff’s second; his children are in their 20s and call Harris “Momala,” a play on her name and a Yiddish word for “little mother.”

The two were set up by a friend, and Harris recalls the scrutiny she faced as a single woman in her 40s and her hesitance to be public about her relationships in her memoir, “The Truths We Hold.” She first brought Emhoff out in public to a 2014 speech about a truancy initiative she’d pursued. Her team would refer to everything that came next as A.D. — After Doug.

“They knew how much he made me laugh. I did, too,” she writes.

Harris was attorney general of California at the time, and Emhoff was practicing law as a managing director for the West Coast branch of Venable LLP, handling clients in the entertainment industry with a focus on trademark disputes and intellectual property. He’d previously represented clients including Merck, Walmart and an arms-dealer based in Fresno, California, clients that today seem out of step with progressive wings of the Democratic Party.

When Harris began her term in the U.S. Senate in 2017, Emhoff moved to DLA Piper, which had a presence in Washington and Los Angeles, where Harris and Emhoff split their time. More recently, he’s represented clients including a production company and a prominent wine maker.

John Bessler, the husband of Minnesota Sen. Amy Klobuchar, who is also a lawyer, called Emhoff a “modern man” for dedicating time to Harris’ political career over his own.

“This is just another example of how supportive he’s being of Kamala,” he said.