Headless animals along Florida road may be religious sacrifice 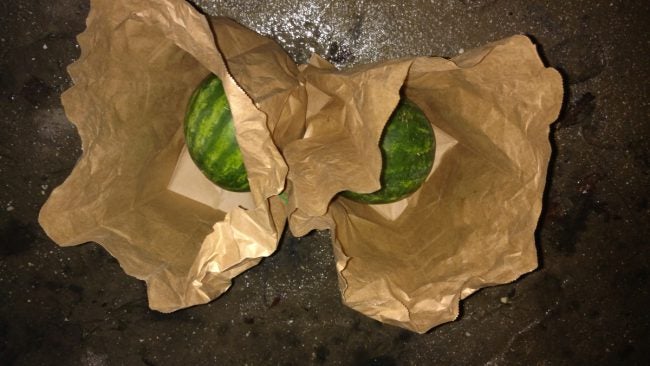 TAMPA, Fla. (WFLA) – Headless chickens, ducks and goats are turning up in a very unlikely place – the Courtney Campbell Causeway. Thousands of commuters pass by the site every day.

The dead animals are being left to rot in the hot sun, close to where people fish, bike and run. On Monday night Tampa Bay area animal advocate Lisa Hayworth stumbled on scenes of death along a half-mile section on the north side of the Causeway, just east of the boat launch.

Hayworth counted at least 27 animals and said she’s seen animals about 20 times in the past five months. She suspects the animals are part of a religious sacrifice.

“Whatever the reason is, it shouldn’t be happening on the Courtney Campbell Causeway, and for all the right reasons for diseases and decomposing bodies, and it seems as though they’re also using this as a dump ground,” she said. “It’s happening in a public environment where people fish, and they socialize and they have families out here.”

WISH-TV’s sister station WFLA saw fruit laid out along the shoreline. There were pineapple, coconuts, apples and bananas. In addition, we saw flowers and coins. This has the tell-tale signs of a Santeria offering.

Florida Department of Transportation crews removed the dead animals and buried them, something they’ve been doing for a long time.

Tampa police officers documented the killings, in which the animals’ heads had been cut off. Tampa Police Department Spokesman Steve Hegarty said the agency talked with a department attorney. Hegarty said police walk a fine line in this case.

Religious ceremonies are likely allowed. However, the people leaving the animals could be crossing the line by leaving dead goats and other animals on the Causeway. Hegarty said there are health and safety concerns. The department is trying to learn more.

A bait fishermen has noticed the animals for six years. “I’ve seen dead chickens, dead goats; I think it’s animal cruelty. I’m very against it. There’s a lot of people that like to come out here and relax on the beach, just to fish and not see dead animals laying all over the beach,” Carrie Kille said.