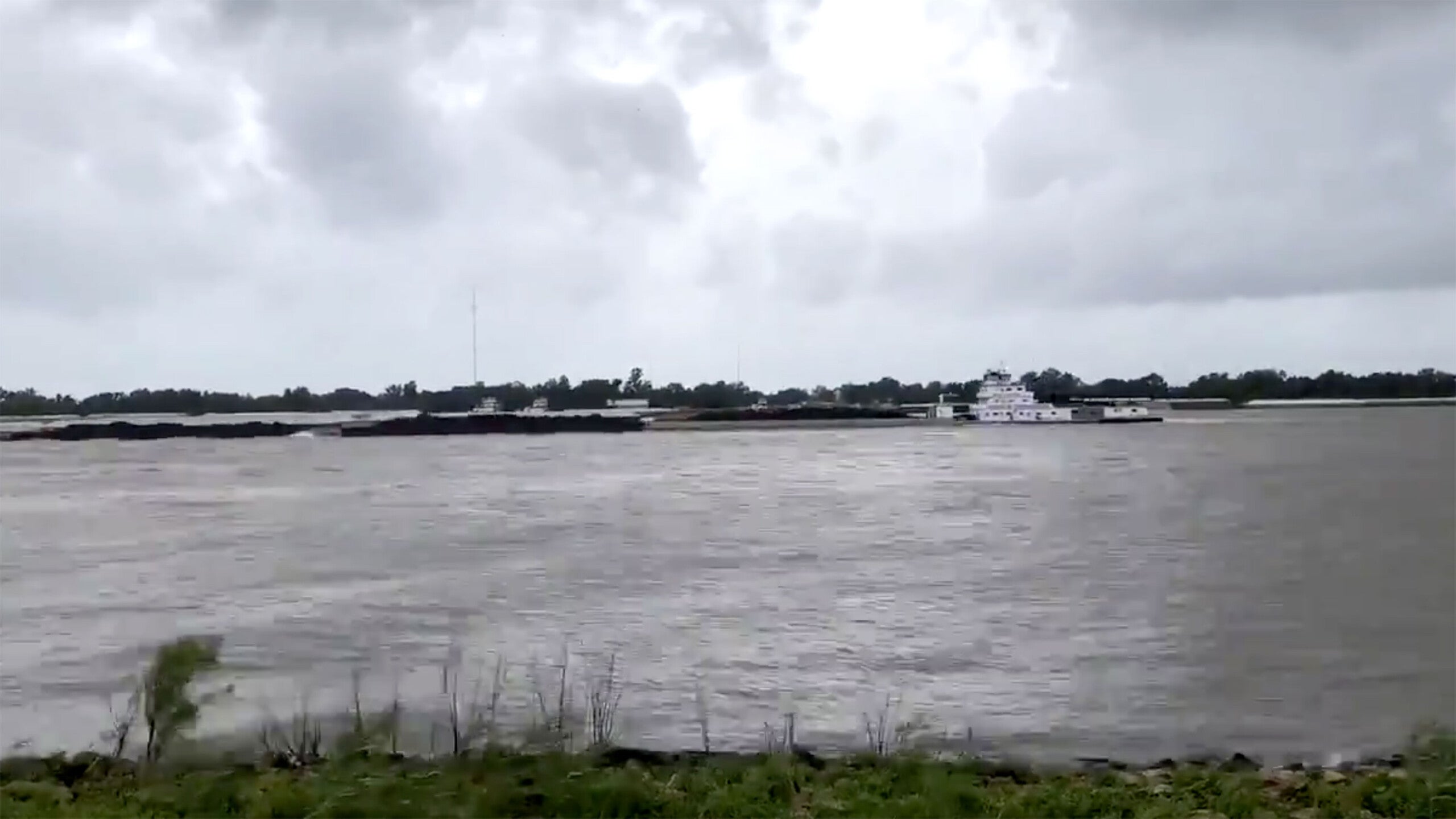 (CNN) — Strong winds blowing north from Hurricane Laura appeared to reverse the flow of many waterways along the Louisiana Gulf Coast, including the Mississippi River, as it approached land.

Laura came ashore as a Category 4 storm early Thursday near the Texas state line, ripping off roofs, damaging buildings and robbing hundreds of thousands of power.

Rivers normally flow into the Gulf, but Laura’s strong winds blew the top layer of water upriver, away from the Gulf, instead.

Chris Dier captured a time lapse of the phenomena Wednesday afternoon from Arabi, one neighborhood downriver of New Orleans’ Lower Ninth Ward and about 200 miles east of where Laura made landfall.

In the tweeted video, a Gulf-bound barge can be seen fighting against the inland flow of the water.

The winds in Arabi and across southern Louisiana gusted at tropical-storm force throughout Wednesday and Thursday morning, as Laura passed to the west. These winds pushed the surface water back up river, as seen in the video, CNN Weather experts said.

River gauges maintained by the US Geological Survey and the Army Corps of Engineers showed that the main current of the river slowed during this time, likely because the surface water was flowing in the opposite direction, along with the wind, they said.

The Mississippi River is the second-longest river in North America, spanning 2,350 miles. It begins at Lake Itasca in Minnesota and feeds into the Gulf of Mexico.

The Mississippi River’s flow has reversed completely in the past, not just the top layer.

In 2005 during Hurricane Katrina, the water reversed its course, according to CNN affiliate WLBT. And in 2012, strong winds and storm surge from Hurricane Isaac’s landfall made the river flow backwards for nearly 24 hours, according to United States Geological Survey.