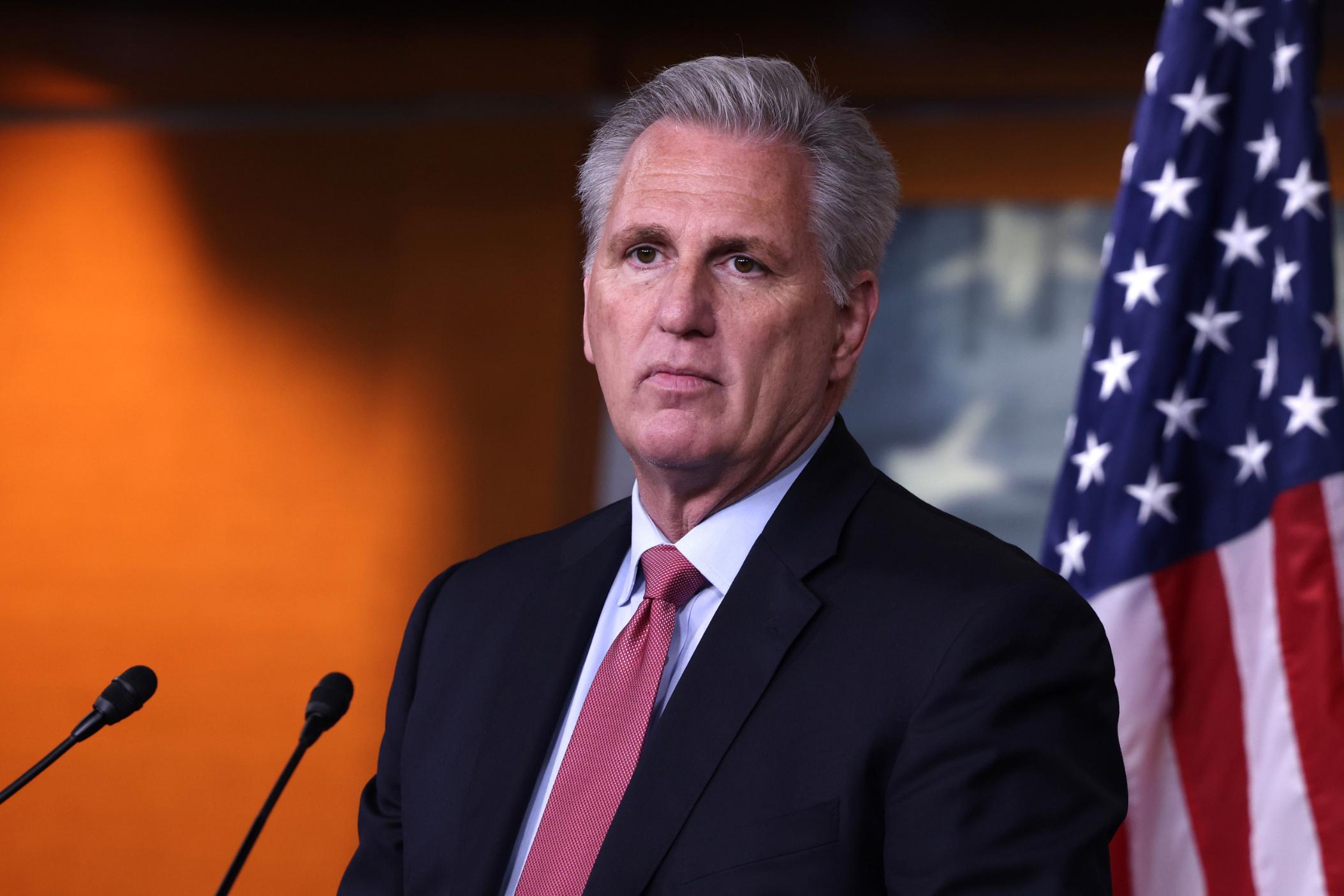 (CNN) — House Minority Leader Kevin McCarthy on Tuesday issued a veiled threat to companies that cooperate with the House select committee investigating the deadly January 6 riot at the US Capitol, warning that “a Republican majority will not forget.”

“If these companies comply with the Democrat order to turn over private information, they are in violation of federal law and subject to losing their ability to operate in the United States,” the California Republican said in a statement he posted to Twitter. “If companies still choose to violate federal law, a Republican majority will not forget and will stand with Americans to hold them fully accountable under the law.”

McCarthy’s office would not provide CNN with a specific federal statute that a company would be in violation of if it complied with a duly empaneled congressional committee.

McCarthy’s threat to companies could run afoul of a House rule prohibiting members from acting in ways that discredit the House, according to ethics rules expert Norm Eisen.

Eisen, who was a Democratic adviser for the first Trump impeachment, said McCarthy’s threat could violate House rule 23, which says members “shall behave at all times in a manner that shall reflect creditably on the House.”

“What can be more discreditable then the leader of the House minority openly shaking down companies to break the law and hide evidence from a legitimate investigation that may implicate him and his colleagues”” Eisen asked in a phone interview.

Eisen said McCarthy’s threat amounts to a “clear basis” for an ethics probe. If the House Ethics Committee takes up the matter, it could always refer it to the Justice Department. But that process is done in secret and often takes months, if not years, to complete.

Eisen also acknowledged that the speech and debate clause of the Constitution could help shield McCarthy from any attempt to prosecute him. He also said that the reach of the clause’s protections to lawmakers has not been fully tested in the courts.

The select committee took its first step in the investigatory process on Monday, requesting that more than 30 social media and telecommunication companies preserve the phone records of certain lawmakers and members of former President Donald Trump‘s orbit who played some role in the “Stop the Steal” rally that served as the prelude to the Capitol insurrection.

While the committee did not make public the names of the lawmakers whose records it is targeting, multiple sources familiar with the panel’s work have confirmed for CNN that the records of several members of Congress are among those the committee would like to be preserved.

The committee has not formally requested any documents, but instead has just asked that records be preserved in the event the probe requires them. McCarthy’s suggestion that cooperating with the committee could be illegal may make it more difficult for the committee to obtain records.

A committee spokesman said later Tuesday that the threat will not impact its work.

“The Select Committee is investigating the violent attack on the Capitol and attempt to overturn the results of last year’s election. We’ve asked companies not to destroy records that may help answer questions for the American people,” spokesman Tim Mulvey said in a statement to CNN. “The committee’s efforts won’t be deterred by those who want to whitewash or cover up the events of January 6th, or obstruct our investigation.”

It is unclear what means the committee will use to compel the telecommunications companies to cooperate with their request. The committee does have subpoena power, but requesting the information — especially from members of Congress — could lead to a lengthy legal battle.

As CNN previously reported, McCarthy’s name was notably not on the initial list of names the committee sent to the companies for records preservation, according to sources.

Still, the contents of the congressman’s call with Trump during the height of the riot are expected to be of great interest to the committee, and Thompson has repeatedly not ruled out calling McCarthy to testify in front of the committee if that is where the investigation leads.