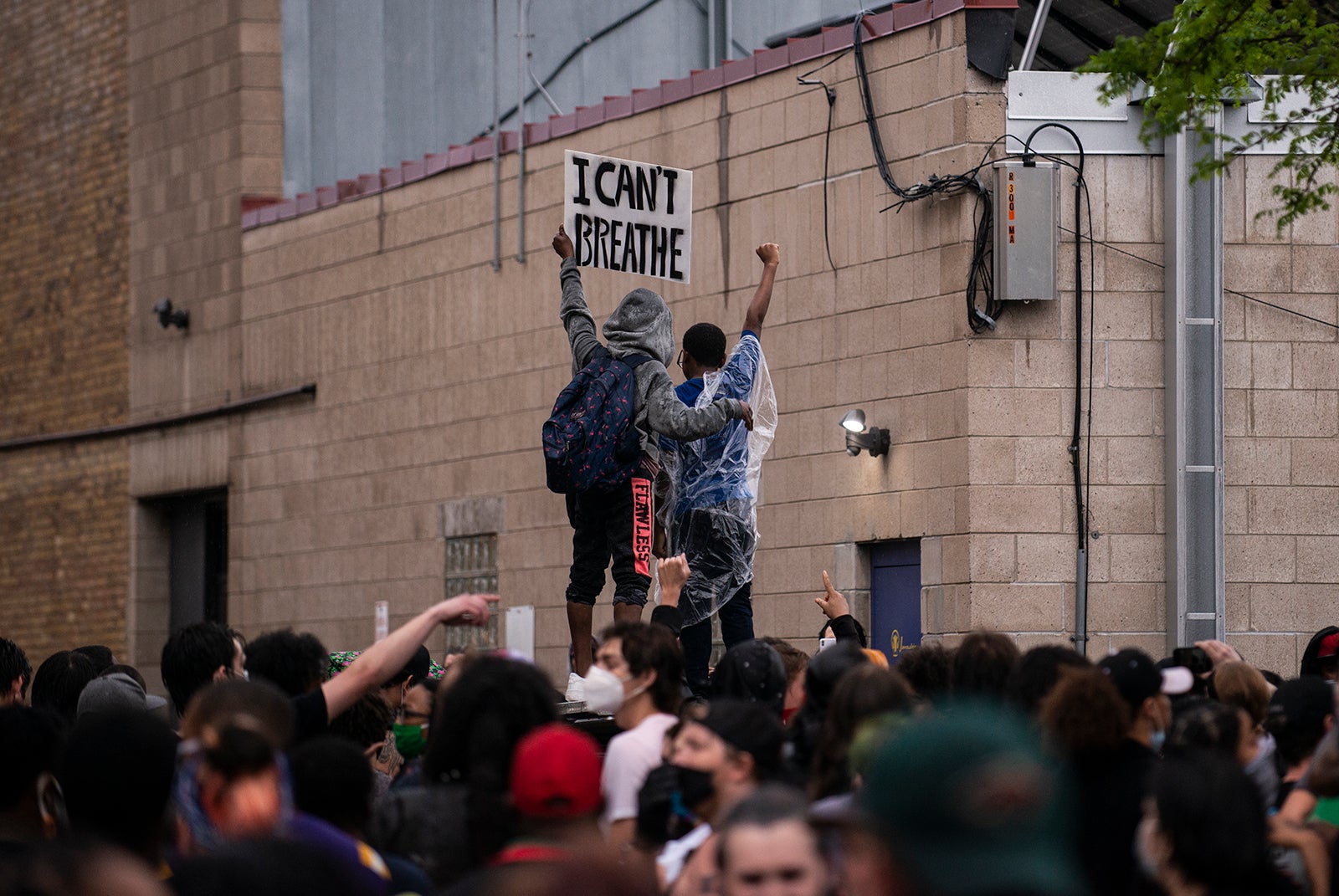 (CNN) — A Minnesota mayor on Wednesday is calling for criminal charges against the police officer who was seen pinning George Floyd to the ground with his knee in an incident that is spurring street protests and local and federal investigations.

“What I can say with certainty, based on what I saw, is that … the officer who had his knee on the neck of George Floyd should be charged,” Minneapolis Mayor Jacob Frey said in a news conference Wednesday.

Frey declined to say what the officer should be charged with, and said his knowledge is “limited to the video evidence that is there” about Floyd, a black man. He said he made his opinion known to Hennepin County Attorney Mike Freeman, whose office would be in position to file state charges.

No charges have been filed in the case.

Kelly said he wouldn’t yet release a statement on Chauvin’s behalf.

Minneapolis Police Chief Medaria Arradondo declined to discuss Floyd’s death on Wednesday but said the actions of the former police officers “in no way reflect the values, and the vision and the culture” he wants to change in the police department.

Officers should be charged with murder, family says

Floyd worked security at Conga Latin Bistro in Minneapolis for five years, according to its owner, Jovanni Thunstrom.

The 46-year-old Houston native moved to Minneapolis for work and to drive trucks, his friend and former NBA player, Stephen Jackson said.

Members of Floyd’s family remembered him as a man who wouldn’t “hurt anybody.” The family wants the four officers charged with murder.

Hundreds of people gathered Wednesday for a second day near a police precinct, calling for justice over Floyd’s death.

Arradondo, the police chief, urged people to be respectful while protesting and condemned any type of destructive behavior. Most people, he said, have been peacefully protesting but there have been a few incidents.

An attorney representing Floyd’s family, Benjamin Crump, said in a statement Wednesday that he and Floyd’s relatives are calling for peaceful protests and social distancing amid the coronavirus pandemic.

“We cannot sink to the level of our oppressors, and we must not endanger others during this pandemic,” the statement said. “We will demand and ultimately force lasting change by shining a light on treatment that is horrific and unacceptable and by winning justice.”

Crowds took the streets on Tuesday chanting “No justice, no peace” and “I can’t breathe,” which were some of the last words Floyd uttered Monday in the bystander video.

“We’re here to let them know this can’t be tolerated, there will be severe consequences if they continue to kill us. This will not go on another day,” a protester told CNN affiliate WCCO.

Floyd was arrested Monday evening after officers responded to a call about an alleged forgery in progress.

The officers were told the suspect was sitting on top of a blue car, Minneapolis police say, and found Floyd inside a car when they arrived.

Police said he “physically resisted” after he got out of the vehicle. Officers handcuffed Floyd, who police said “appeared to be suffering medical distress.”

Video from bystanders shows Floyd handcuffed and Chauvin with his knee pressed against the neck of the 46-year-old. Two officers handled the man on the ground while another stood nearby with his eyes on the bystanders as traffic passed.

At one point the Floyd said, “Give me some water or something. Please. Please.”

Surveillance video obtained from a nearby restaurant showed the first point of contact police had with the man. An officer escorts Floyd handcuffed out of a car and Floyd sits on the sidewalk. Moments later, the officer and another escort Floyd away, still with his hands behind his back.

Floyd was declared dead at a nearby hospital shortly afterwards. A finding on the cause and manner of Floyd’s death is pending and it is being investigated by local, state and federal law enforcement, the Hennepin County Medical Examiner’s Office said.

In a statement on Tuesday, police said additional information had “been made available” and the Federal Bureau of Investigation had joined the investigation.

The FBI Minneapolis Division has said the federal investigation into Floyd’s death will focus on whether the police officers “willfully deprived (Floyd) of a right or privilege protected by the Constitution or laws of the United States.

Officers’ attorneys had represented other Minnesota officers in high-profile deaths

The Police Officers Federation of Minneapolis said Tuesday the four officers were cooperating in an investigation and urged “now is not the time to rush to (judgment)” while the officers’ actions are examined.

At least three of the fired officers are being represented by attorneys who previously represented other police officers involved in high-profile killings in Minnesota.

Attorneys Earl Gray and Thomas Plunkett also are representing officers involved in Monday’s incident — but they are not naming their clients.

Plunkett was involved in the defense of Minneapolis police Officer Mohamed Noor, who was convicted of third-degree murder and manslaughter for shooting and killing Justine Ruszczyk while responding to her 911 call in July 2017.

Monday’s incident is forcing Gwen Carr to relive the death of her son Eric Garner, who also uttered the words “I can’t breathe” while in a New York officer’s chokehold.

“It’s hard enough we’re coming up on the anniversary of my son’s death, and now to hear about this young man, it’s like déjà vu,” Carr told CNN. “It’s just like the murder of my son all over again. He was basically the same age as Eric.”

The officer who choked Garner in 2014 never faced charges. He was fired in 2019 after being found guilty in a disciplinary trial of using a chokehold on Garner and later sued the city over his termination.