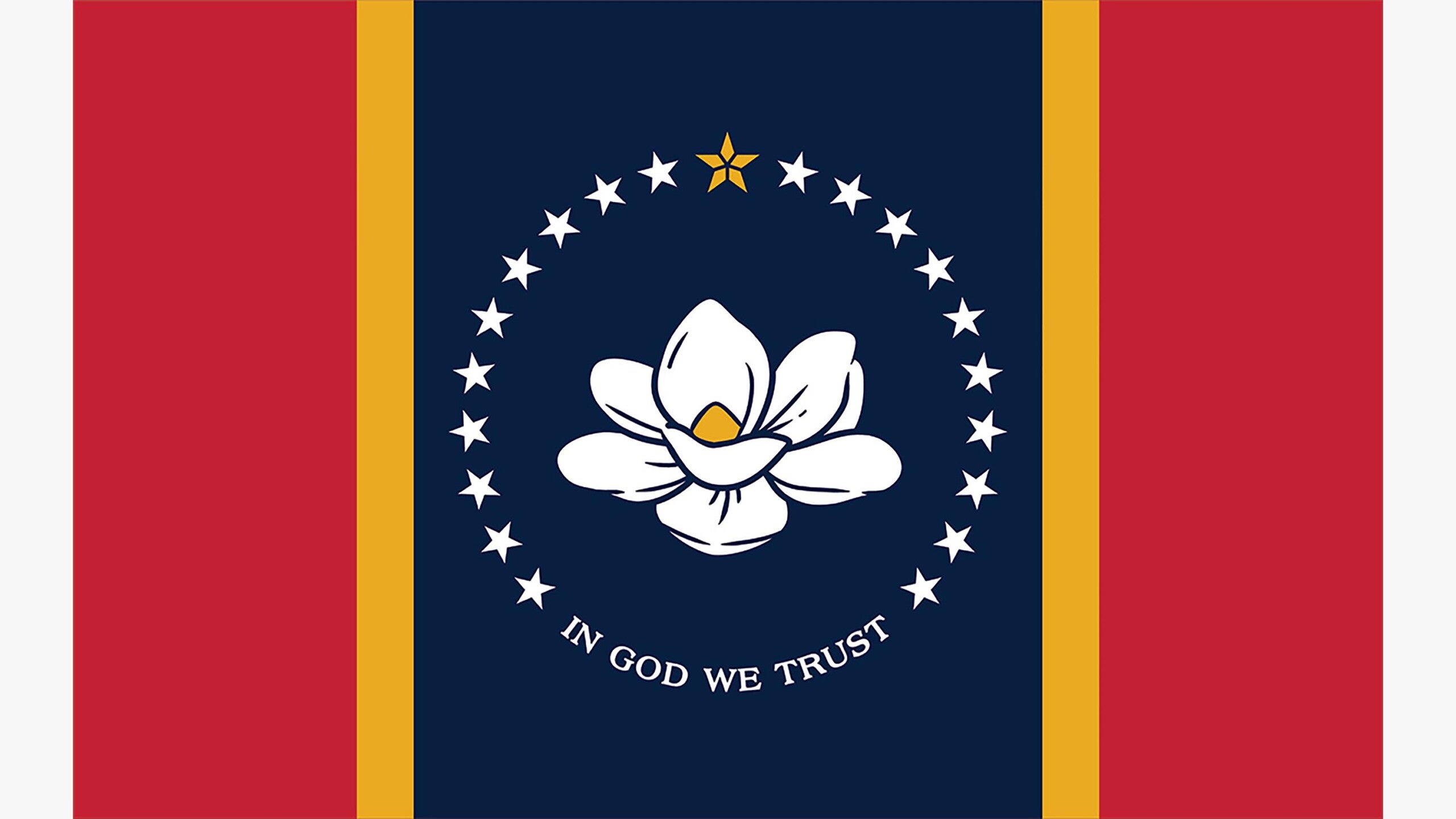 (CNN) — Mississippi’s new state flag will feature the magnolia flower after the state in a historic move this summer parted with its decades-old banner that included a Confederate battle emblem.

Voters on Tuesday approved the “In God We Trust” magnolia design as the new state flag, CNN projected.

The state Legislature will now have to enact into law the new design as Mississippi’s official state flag during its next regular session in 2021.

The flower is surrounded by 20 stars, signifying Mississippi’s status at the 20th state in the union, and a gold five-point star to reflect Mississippi’s indigenous Native American tribes.

Mississippi was the last state in the country whose flag, which was adopted in 1894, included the Confederate emblem.

Advocates for changing the flag had argued the Confederate insignia was a reminder of America’s war to uphold slavery and a painful symbol for Black Americans. They also argued the 1894 flag hampered the state’s economic growth.

Those supportive of the old flag claimed its removal would lead to further erasure of history.

The sentiment toward the 1894 flag appeared to shift this summer amid racial reckoning over the death of George Floyd, a Black man killed in Minneapolis police custody. Floyd’s death led to renewed calls nationwide for racial justice and a reexamination of America’s Confederate monuments and symbols, including Mississippi’s state flag.

Amid the protests, Mississippi state lawmakers passed a historic referendum to retire and replace the flag, a bill that Mississippi Gov. Tate Reeves signed into law.

“This is not a political moment to me, but a solemn occasion to lead our Mississippi family to come together to be reconciled and to move on,” Reeves, a Republican, said at the bill’s signing in late June. The 1894 flag flew for the last time July 1, before it was officially retired and handed over to the Mississippi Department of Archives and History.

The bill, House Bill 1796, called for a new design that “shall honor the past while embracing the promise of the future.” It required that the design exclude the Confederate battle emblem and include the phrase “In God We Trust.”

The measure also established a nine-person commission selected by the state’s top Republicans and tasked with picking a new design by September. Over the month of August, the commission waded through nearly 3,000 flag design submissions from the public, whittling them down to two options.

On September 2, the commission selected the magnolia flag as the new design voters would consider on the November ballot.

Democratic state Rep. Jeramey Anderson, an author of the House bill, celebrated the vote Wednesday, calling the new flag one that “unites rather than divides” and a step in the right direction for his state.

“This was a bold, bipartisan step that shows the world Mississippi is finally ready to step out from under the cloud of slavery and Jim Crow. But it isn’t the final step,” Anderson said in a statement provided to CNN. “Mississippi and the United States remains plagued by systemic racism that keeps people of color from being truly free and equal.”