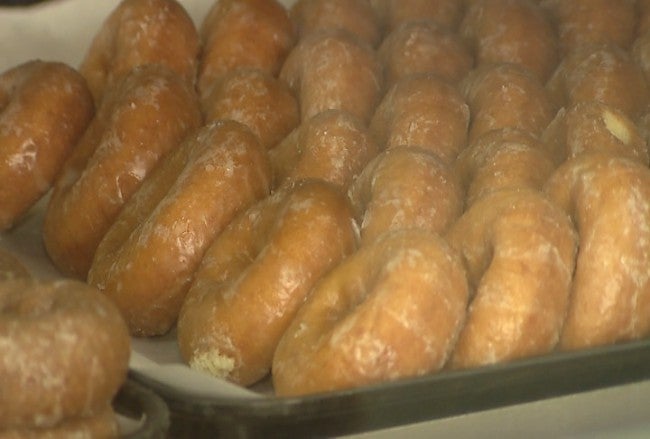 INDIANAPOLIS (WISH) – Almost every country has a breakfast bread specialty.

Scotland has oatcakes, while Ireland eats sodabread. In France, they consume beignets and empanadas are an Argentinian staple.

Americans love doughnuts, and we have the photos to prove it.PHOTOS | Doughnuts from around the country

The doughnut history is rich in the United States. The first doughnut machine was created in 1920 and is on display in the Smithsonian National Museum of American History.

National Doughnut Day began in 1938 to honor service women who served doughnuts to soldiers during World War I. The funds raised from that national celebration went to support people during the Great Depression.