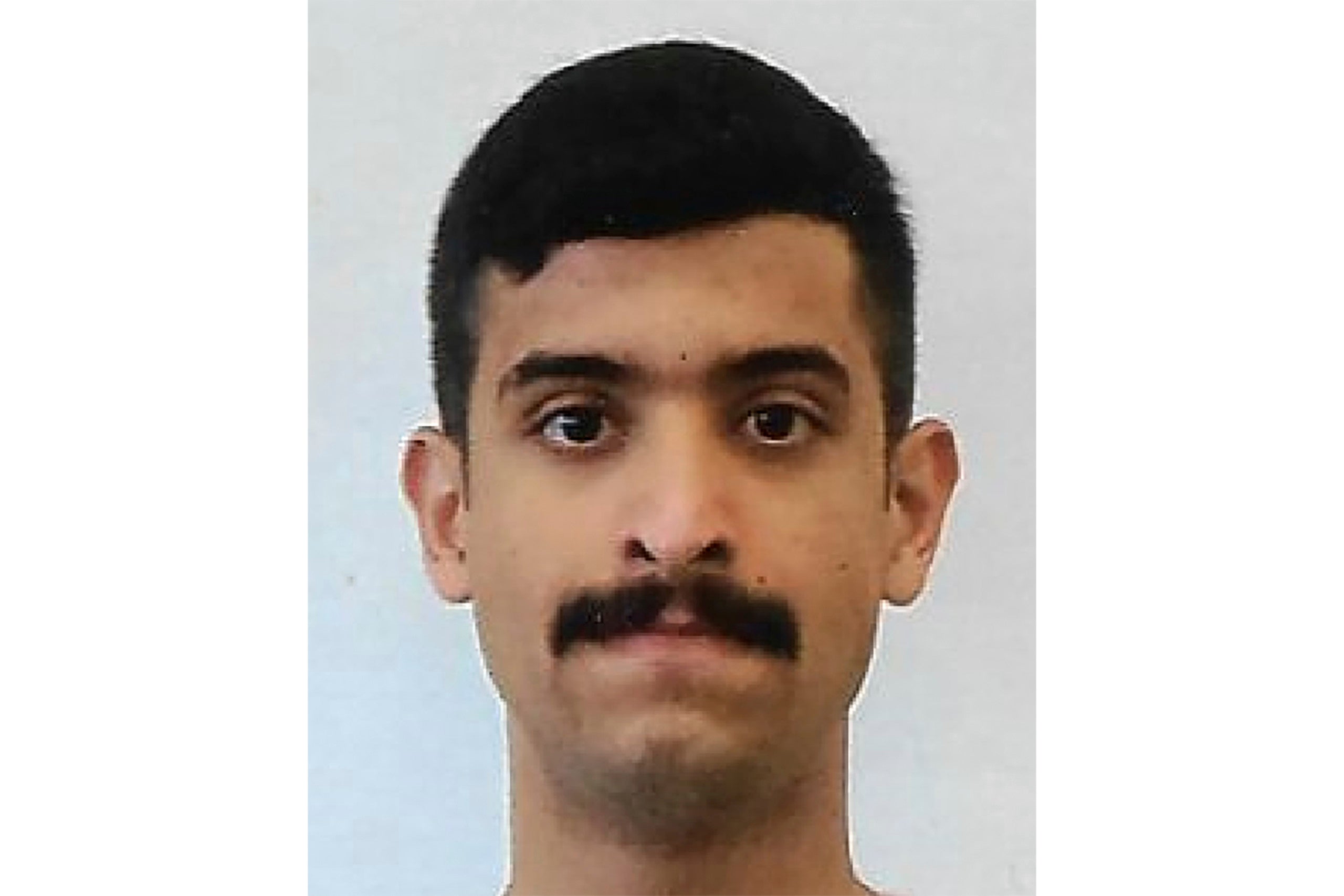 This undated photo provided by the FBI shows Mohammed Alshamrani. The Saudi student opened fire inside a classroom at Naval Air Station Pensacola on Friday before one of the deputies killed him. The FBI has found a link between the gunman in a deadly attack at a military base last December and an al-Qaida operative. That's according to a U.S. official who spoke to The Associated Press on Monday. (FBI via AP)
by: ERIC TUCKER Associated Press
Posted: May 18, 2020 / 10:38 AM EST / Updated: May 18, 2020 / 11:45 AM EST

(AP) — The gunman in a deadly attack at a military base in Pensacola, Florida, last December was meticulous in his planning and had been radicalized overseas for at least five years, U.S. officials said Monday.

The FBI learned of the contacts between the gunman, Mohammed Saeed Alshamrani, after breaking the encryption on cellphones that had previously been locked.

THIS IS A BREAKING NEWS UPDATE. AP’s earlier story is below.

The FBI has found a link between the gunman in a deadly attack at a military base last December and an al-Qaida operative, a U.S. official said Monday.

The FBI declined to comment ahead of the news conference.

The contacts between the shooter, Mohammed Alshamrani, and the al-Qaida operative were discovered on the shooter’s phone, according to the official, who was not authorized to discuss the case by name and spoke on the condition of anonymity.

Alshamrani, who was killed by a sheriff’s deputy during the rampage at a classroom building, was undergoing flight training at Pensacola, where members of foreign militaries routinely receive instruction.

The Justice Department had previously asked Apple to help extract data from two iPhones that belonged to the gunman, including one that authorities say Alshamrani damaged with a bullet after being confronted by law enforcement. It was not immediately clear how the FBI and Justice Department were able to ultimately access the phone.

Law enforcement officials left no doubt that Alshamrani was motivated by jihadist ideology, saying he visited a New York City memorial to the attacks of Sept. 11, 2001, over the Thanksgiving holiday weekend and posted anti-American and anti-Israeli messages on social media just two hours before the shooting.

Separately, al-Qaida’s branch in Yemen, released a video claiming the attack. The branch, al-Qaida in the Arabian Peninsula, or AQAP, has long been considered the global network’s most dangerous branch and has attempted to carry out attacks on the U.S. mainland.

In January, U.S. officials announced that they were sending home 21 Saudi military students after an investigation revealed that they had had jihadist or anti-American sentiments on social media pages or had “contact with child pornography.”

Barr said at the time that Saudi Arabia had agreed to review the conduct of all 21 to see if they should face military discipline and to send back anyone the U.S. later determines should face charges.