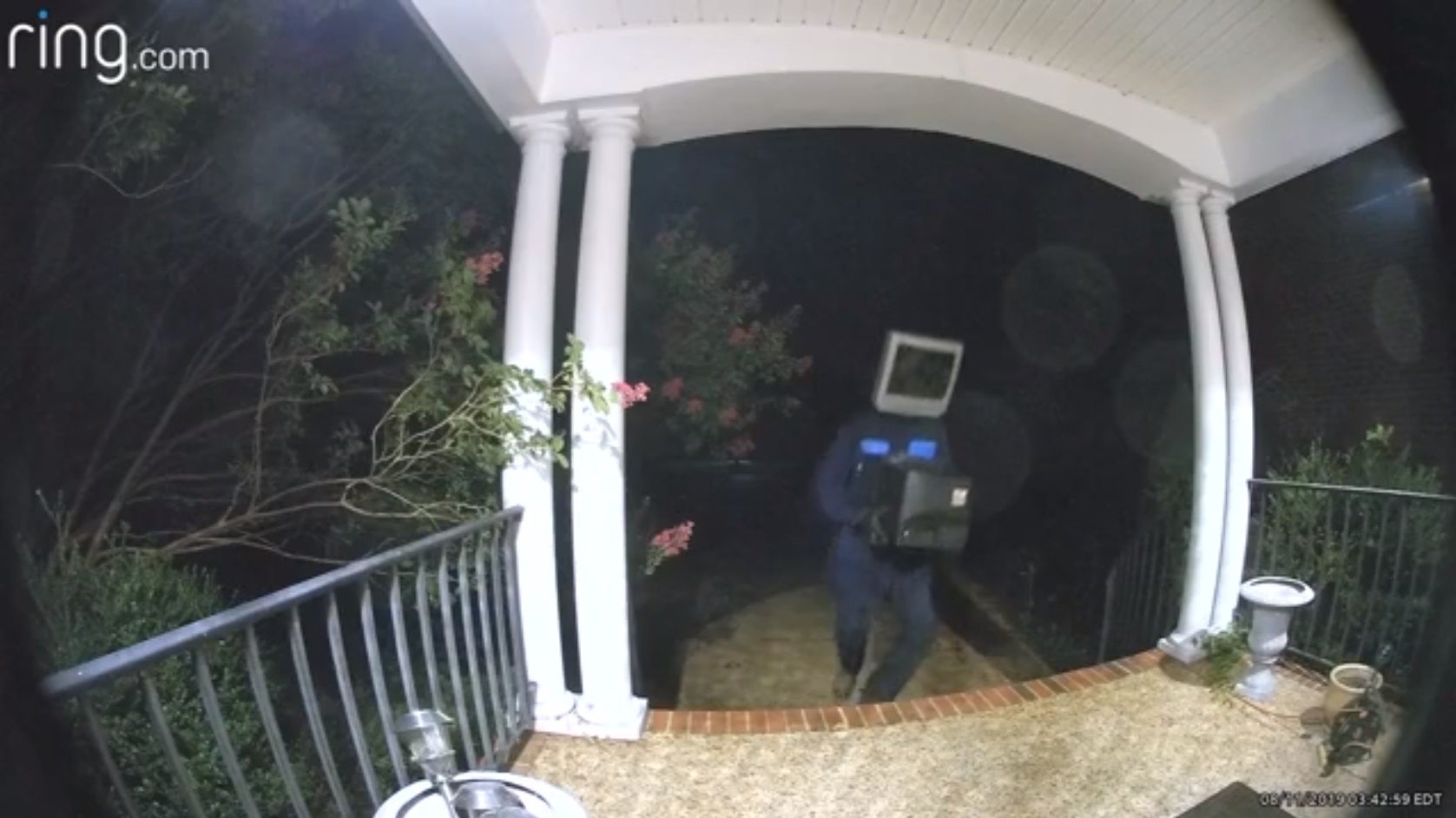 HENRICO COUNTY, Va. (WFLA/CNN) – Over 50 residents in a Virginia neighborhood woke up to a bizarre discovery Sunday morning after finding outdated television sets on their front door steps.

A person wearing a television on their head was captured on a resident’s security camera laying the older style TV set on the front porch and walking off, according to CNN.

“I thought my son brought it home, but apparently not,” homeowner Michael Kroll said. “They had way too much time on their hands if they had all these TV’s and spread them all over the neighborhood.”

According to the Henrico Police Department, the only real crime committed was illegal dumping.

“At most this seems to be more an inconvenience to the community,” an officer said.

Officers and county workers spent Sunday morning getting rid of the old TV units, according to CNN.

“It’s summer, and people are getting ready to go back to school,” homeowner Jim Brooksbank said. “Maybe TV man was just ready to strike and put a little humor in our lives.”