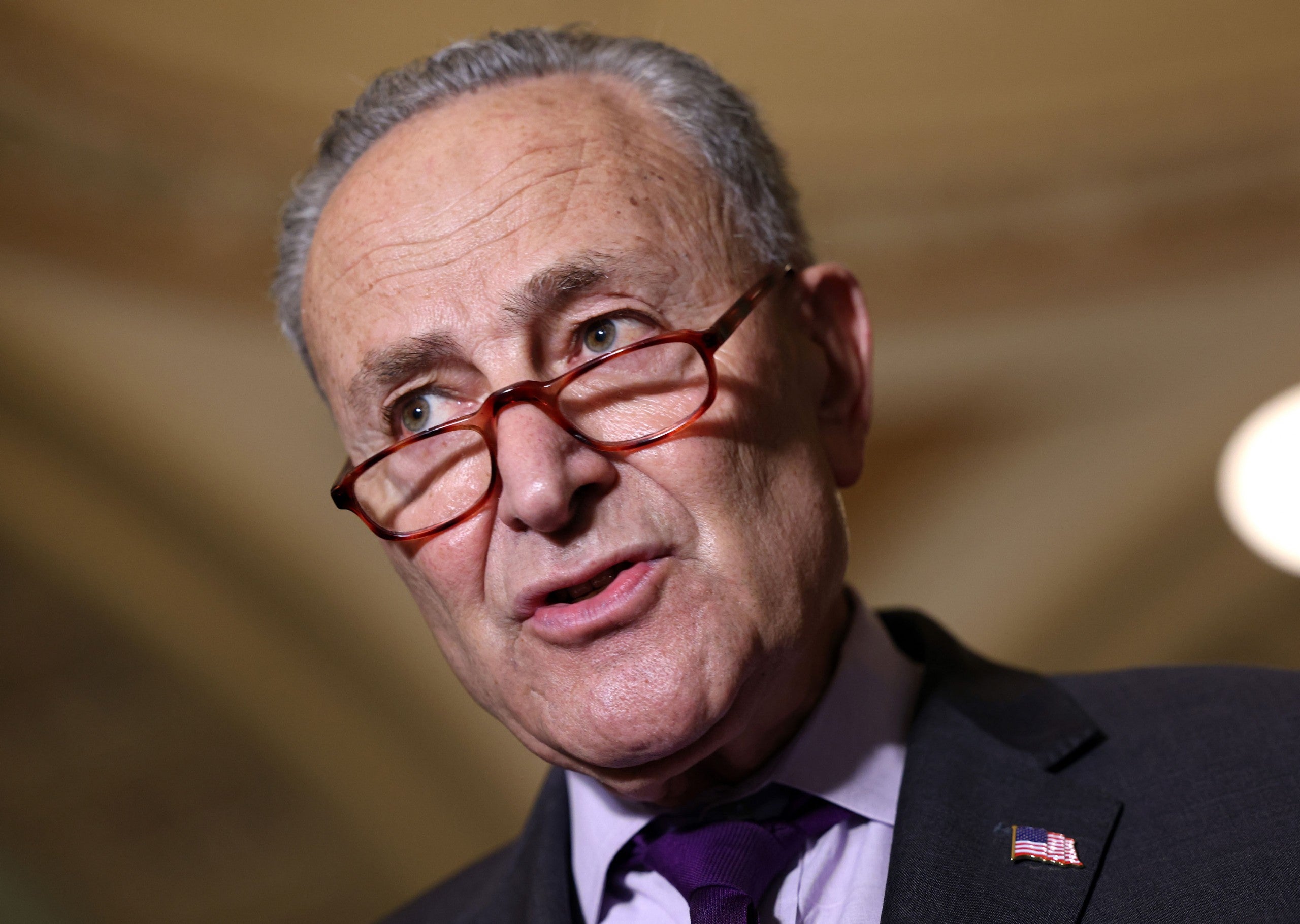 The measure lays the groundwork for legislation later this year that over a decade would pour mountains of federal resources into their top priorities. Included would be more money for health care, education, family services and environmental programs and tax breaks for families, with much of it paid for with tax increases on the rich and corporations.

The budget’s introduction marks the start of a long legislative trek through Congress that Democrats hope will result this fall in a progressive reshaping of government. To succeed, they’ll have to overcome likely unanimous Republican opposition and find the sweet spot between the demands of their own often antagonist progressive and moderate factions.

That will be a fraught task in a Congress they control by a hair. They’ll need the support of every Democrat in the 50-50 Senate, with Vice President Kamala Harris casting the tie-breaking vote, and will be able to lose only three Democrats in the House and still prevail — margins that give every Democrat tons of leverage.

“At its core, this legislation is about restoring the middle class in the 21st Century and giving more Americans the opportunity to get there,” Senate Majority Leader Chuck Schumer, D-N.Y., said in a letter to his colleagues that unveiled the plan.

The resolution calls for creating free pre-Kindergarten for three- and four-year-olds and two years of free community college; extending tax breaks for children and some low-income workers; and establishing paid family and sick leave.

Medicare coverage would be expanded to cover dental, hearing and vision benefits. Spending would increase for housing, home health care and job training, and new resources would go to efforts encouraging a faster transition to clean energy.

To pay for the plans, taxes would be raised on wealthy people and large corporations, without any increases on people earning under $400,000 a year, a key Biden campaign pledge. The budget also calls for reducing the prices the federal government pays for pharmaceuticals it buys for Medicare recipients, a long-time goal of Democrats who want the government to be allowed to negotiate those prices.

The budget also calls for giving legal status to millions of immigrants living in the U.S. illegally, and — in a step aimed at winning support from moderate Democrats — spending money to strengthen border security.

Democrats are expected to approve the resolution over unanimous Republican opposition, perhaps this week. Passage of the budget is crucial because it would allow a subsequent bill — actually enacting Democrats’ 10-year, $3.5 trillion plan for spending and tax changes — to pass the Senate by a simple majority.

Without that protection, the follow-up measure would fall prey to a GOP filibuster, delaying tactics that require 60 votes to end.

“For too many decades, Congress has ignored the needs of the working class, the elderly, the children, the sick and the poor,” said Senate Budget Committee Chairman Bernie Sanders, I-Vt. “Now is the time for bold action. Now is the time to restore faith in ordinary Americans that their government can work for them, and not just wealthy campaign contributors.”

Even so, it’s expected to take Democrats well into the fall to complete the follow-up $3.5 trillion bill, as rival progressives and moderates jostle over which of their priorities will survive.

The budget resolution assigns congressional committees specific amounts of money to spend and describes policy changes that party leaders support in the follow-up bill actually enacting those changes. But those committees will have final say on what legislation they will produce, and crafting this fall’s Democratic compromise with virtually no margin of error will be a time-consuming challenge for party leaders.

Senate debate on the budget resolution will begin as soon as the chamber approves a bipartisan $1 trillion package financing highway, water, broadband and other infrastructure projects, which is expected soon.

In contrast to that compromise, Republicans are solidly against Democrats’ separate $3.5 trillion plan. They see the fight as a politically fertile one in the runup to next year’s elections for House and Senate control, and are planning to force votes on amendments on issues like immigration, crime and inflation that they think will play to their benefit during next year’s campaigns.

With his eyes clearly on the November 2022 voting, McConnell said Schumer is making Democrats vote on “nothing less than Chairman Sanders’ dream shopping list. Every American family will know exactly where their senator stands.”

The fates of the bipartisan infrastructure package and the separate $3.5 trillion social and environmental measure are entwined as Democratic moderates and progressives struggle internally over how aggressively the party should spend federal resources.

Moderates are strong backers of the infrastructure measure and many are concerned that the $3.5 trillion package leaves them vulnerable to GOP charges of overspending and raising taxes. Progressives don’t want to sign off on the infrastructure bill without assurances — which they’ve so far not gotten — that moderates will supply needed votes to approve the larger social and environmental legislation.

As a result, House Speaker Nancy Pelosi, D-Calif., has said the House won’t vote on the infrastructure measure until the Senate has also approved the as- yet-unwritten $3.5 trillion bill.