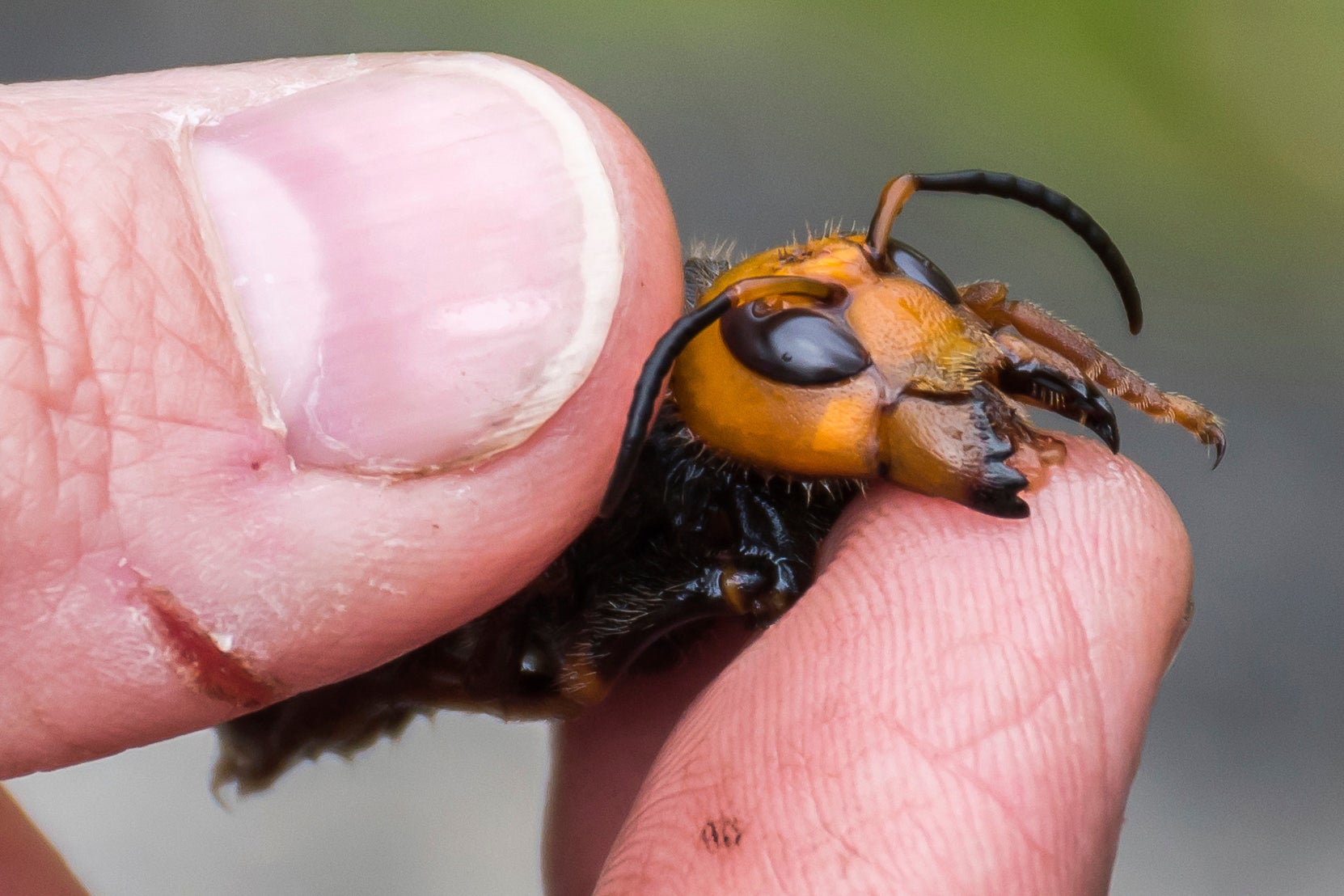 SPOKANE, Wash. (AP) — Agricultural officials in Washington state said Friday they are trying to find and destroy a nest of Asian giant hornets believed to be near a small town amid concerns the hornets could kill honey bees crucial for pollinating raspberry and blueberry crops.

Evidence of six of the hornets, sometimes called Murder hornets, were found over the last week near the town of Blaine in northeastern Whatcom County, the Washington state Department of Agriculture told reporters.

“We believe we are dealing with a nest,” said Sven-Erik Spichiger, a department entomologist. ”We hope to locate the nest in a couple of weeks and eradicate it.”

The Asian giant hornet, the world’s largest at 2 inches (5 centimeters), can decimate entire hives of honeybees and deliver painful stings to humans. Farmers in the northwestern U.S. depend on those honey bees to pollinate many crops.

The invasive insect found in China, Japan, Thailand, South Korea and Vietnam was first documented in Washington late last year and officials have said it’s not known how it arrived. There have been reports from Asia of the hornets stinging people so often they have died.

And the giant hornets are now entering a time of year when they attack and destroy honeybee hives, Spichiger said. He called it the “slaughter phase.”

A state scientist managed to trap one Asian giant hornet near Blaine in recent days and officials tried to glue a radio tag to it so they could follow the hornet back to its nest, Spichiger said.

But the glue did not dry fast enough, the radio tag fell off and the hornet ultimately could not fly, Spichiger said. Scientists hope to capture another live hornet and try again, he said.

People living in the Blaine area have been reporting sightings of the hornets to agricultural officials.

There is also evidence that the giant hornets are also attacking native wasps and hornets, Spichiger said.

Fifteen of the hornets have been found since they were first seen in Washington in 2019, the agriculture department said.