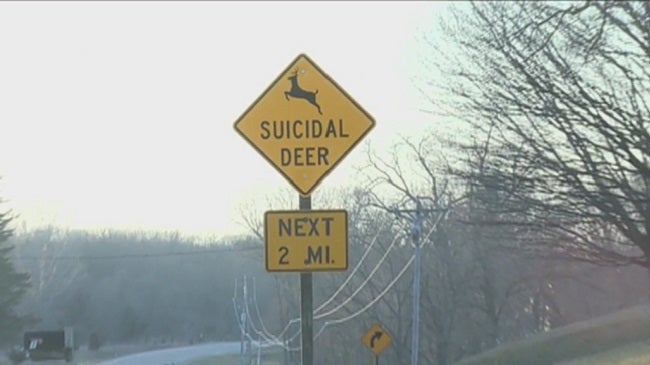 ST. ANSGAR, Iowa (KIMT) – The Board of Supervisors’ decision to keep the sign that reads “Suicidal Deer” was an emotional one for some residents in Mitchell County Iowa.

The sign, located in St. Ansgar, will remain standing after the board met to discuss whether the sign should be taken down.

The county received several complaints in the mail and on Facebook about the sign being insensitive and distracting.

It was first intended to bring awareness to deer who may dash into the street, which can obviously be hazardous to not only drivers, but the deer themselves.

The decision to keep the sign up was disappointing for one attendee.

“Well I’ve had a few loved ones around me commit suicide and it just touches everyone in the community and everybody in the family,” says Alex Schmidt. “And it’s a really horrible thing that doesn’t really need to be brought up again I think in official county business. I don’t think that has a place for jokes.”

The county has eight additional signs that cost $80 each to make. They intended to assemble these signs but will not be doing so for the time being.