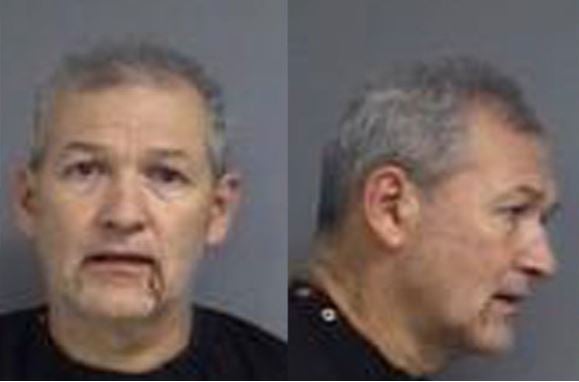 JONESVILLE, S.C. (WSPA) – A man was charged with public disorderly and resisting arrest after he ran from officers because of a “haunted ambulance,” according to sheriff’s office report.

Union County Sheriff’s deputies said they got a call 11 p.m. Wednesday from the Belk distribution center in Jonesville about a man who was possibly under the influence of something.

A witness told deputies that the man fell down the hill and was stumbling around the parking lot, talking to himself and yelling at cars.

Carson had his pants unzipped, was sweating profusely, shoeless and covered in grass and dirt, according to the responding deputies.

They tried to calm Carson down, but he refused to talk with them.

Carson told police people were following him and nobody wanted to help, according to the report.

Deputies say Carson finally agreed to be checked out by EMS, but when the ambulance arrived, he freaked out.

He ran away and insisted it was haunted. When deputies handcuffed Carson and tried to take him to a patrol car, Carson started kicking and screaming to get away, according to the report.

Deputies said they were able to get him under control and take him to jail.