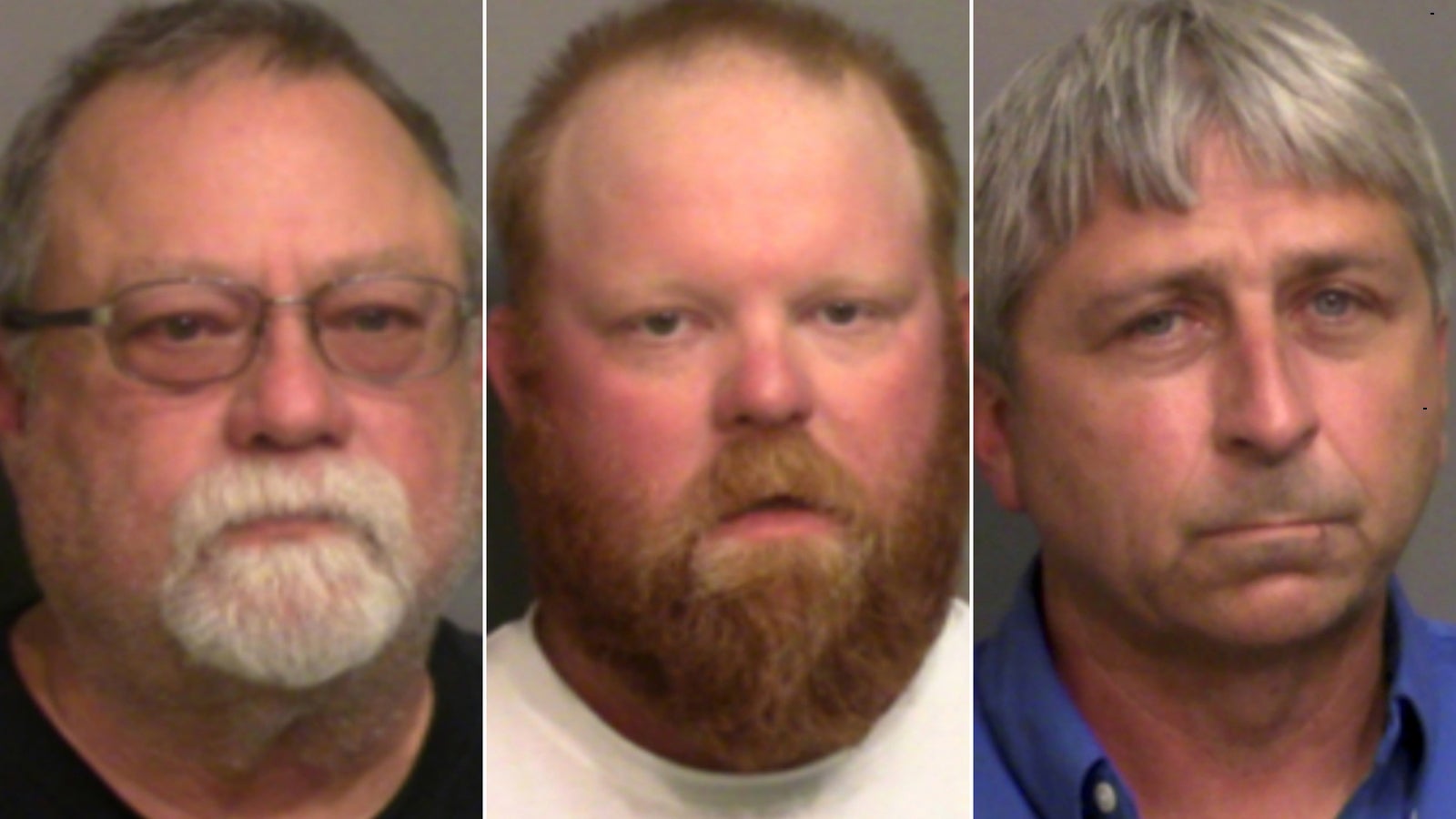 A third man charged in Arbury’s death, William Bryan, also pleaded not guilty to all charges against him.

All three appeared in the Glynn County, Georgia, court via video conference.

Arbery was jogging outside Brunswick, Georgia, in February when Gregory McMichael and his son Travis, who are White, chased him, authorities said. Arbery and Travis McMichael struggled over the latter’s shotgun and Arbery was shot three times. Gregory McMichael told police Arbery attacked his son, a police report says.

The killing sparked outrage after a disturbing video of the shooting emerged online on May 5. “Jogging while black” became the latest example of the many perils visited on African Americans.

During Friday’s hearing, Arbery’s mother, Wanda Cooper-Jones, asked a judge to deny bond for Bryan saying, “He cannot go home,” and noting Bryan is accused of keeping her son from being able to go home.

Arbery’s father, Marcus Arbery, said in a statement read by a prosecutor that he “suffered the deepest loss a family can endure when the McMichaels and Bryan acted as judge, jury and executioner.”

Bryan’s son, Preston Bryan, argued for his father to be released on bond and told the judge his father doesn’t pose any risk to the public.

The hearing continued into the afternoon.

The McMichaels and Bryan were indicted by a grand jury last month.

Gregory McMichael told officers that he thought Arbery looked like a person suspected in a series of recent break-ins in the area, according to a police report.

No string of break-ins was reported in the more than seven weeks before Arbery’s death, and there was only a burglary report after a gun was stolen from an unlocked vehicle in front of the McMichaels’ home, police said.

Investigators said they believed Bryan tried to help the McMichaels by using his vehicle to “confine and detain” Arbery multiple times in the minutes leading to Arbery’s death, an arrest warrant says.

Georgia Bureau of Investigation Assistant Special Agent in Charge Richard Dial testified at a preliminary hearing in June that Bryan hit Arbury with his truck during the incident.

Investigators found a swipe from a palm print on the rear door of Bryan’s truck, cotton fibers near the truck bed that “we attribute to contact with Mr. Arbery,” and a dent below the fibers, he said.

Bryan was working on his porch, defense attorney Kevin Gough countered, and his client didn’t know what the McMichaels were doing.

Bryan “sees someone he doesn’t know followed by a truck that he does. He does, with all due respect, what any patriotic American would have done under the same circumstances,” Gough said.

Though Bryan’s attorney has argued his client took no part in the killing, Dial said Bryan yelled to the McMichaels, “Do you got him?” when he saw them chasing the jogger.

After yelling out to the McMichaels, Bryan joined the chase, at which point none of the three had called 911, Dial said.

The McMichaels had already tried to head off Arbery once when Bryan joined the pursuit, the GBI agent said. Bryan tried to block in Arbery as Travis McMichael drove around the block with his father in the bed of the truck, he said.

Bryan “made several statements about trying to block him in and using his vehicle to try to stop him,” Dial said. “His statement was that Mr. Arbery kept jumping out of the way and moving around the bumper and actually running down into the ditch in an attempt to avoid his truck.”

At one point, Arbery was heading out of the Satilla Shores neighborhood where the defendants live, but the McMichaels forced him to turn back into the neighborhood and run past Bryan, the agent said. That is when he struck Arbery, Dial said, and Arbery kept running with the McMichaels in pursuit.

Bryan turned around, and that is when the widely disseminated video of Arbery’s killing begins, he said.

When police arrived after the shooting, Dial said, Gregory McMichael said in remarks caught on police body camera footage that he didn’t know for certain if Arbery had stolen anything.

“He had a gut feeling that Mr. Arbery may have been responsible for thefts that were in the neighborhood previously. He actually says gut. His instinct told him that,” the GBI agent said.

Travis McMichael told police that he ordered Arbery to get on the ground before the shooting, and Gregory McMichael told an officer he had instructed his son, “Don’t shoot,” Dial said.

On cross-examination, Dial testified Bryan mentioned the slur in a May 13 GBI interview, and to Dial’s knowledge, Bryan had not previously made the allegation, including during a May 11 interview.

Dial said there were “numerous times” on social media and via messaging services that Travis McMichael used racial slurs, once messaging someone that he loved his job because there “weren’t any N-words anywhere.”

In another instance sometime before the shooting, he replied in an Instagram message that things would be better if someone had “blown that N-word’s head off,” Dial testified. Dial did not say to whom McMichael was referring and was not asked for more context.

Bryan, too, had several messages on his phone that included “racial” terms and indicated he may have prejudged Arbery when he saw him that day, Dial said.

“There’s evidence of Mr. Bryan’s racist attitude in his communications, and from that I extrapolate the reason why he made assumptions he did that day,” he said. “He saw a man running down the road with a truck following him, and I believe he made certain assumptions that were, at least in part, based upon his racial bias.”

Travis McMichael is not guilty, as “compelling evidence” will demonstrate, his attorneys said in May,

“Travis has been vilified before his voice could even be heard,” the lawyers said in a statement. “The truth in this case will exonerate Travis.”

Gregory McMichael is also a victim of a rush to judgment, his legal team said.

“So often the public accepts a narrative driven by an incomplete set of facts, one that vilifies a good person,” defense attorney Laura Hogue said in a statement.

Added co-counsel Frank Hogue, “The full story, to be revealed in time, will tell the truth about this case.”