Teen charged for beheading mother in US illegally, ICE confirms 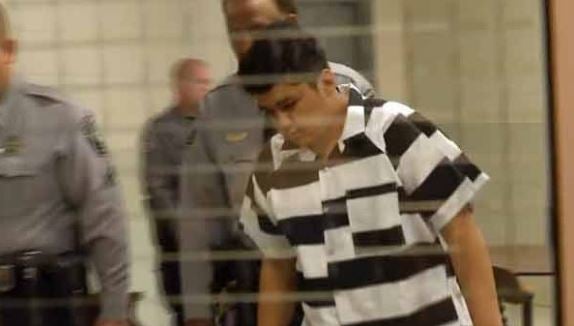 ZEBULON, N.C. (WNCN) – ICE confirmed the teen charged with beheading his mother Monday afternoon in Zebulon is in the U.S. illegally from Honduras.

Oliver Funes-Machado, 18, is accused by Franklin County deputies of beheading his 35-year-old mother, then walking out of their home with her head in one hand and a butcher knife in the other to wait for deputies to respond to the 911 call he made.

But at about the same time, a school bus carried a group of children along Morgan Drive, according to a neighbor.

“I had one child get off the bus here and she was mortified, because the other kids on the bus were talking about there was a lady’s head in the yard,” said neighbor Leona Smith.

ICE Enforcement and Removal Operations issued a detainer on the teen following Monday’s incident. Funes-Machado is in the country illegally from Honduras, ICE said.

Neighbors said Tuesday that they hardly knew the family.

But they said they were upset and surprised by what had happened.

“It’s horrendous, unbelievable that something like this would happen,” said neighbor Randy Mullins. “It’s hard to get over what happened to these people yesterday. And now – that family will be changed forever now.”

The families were recent arrivals in the neighborhood, having lived there less than a year. The teenage suspect was a mystery person to neighbors.

“We never saw him,” said Smith. “They lived here for eight months, and we just found out there are four siblings. We thought they were three because we have never seen the oldest son. He never came outside, which is why we never saw him.”