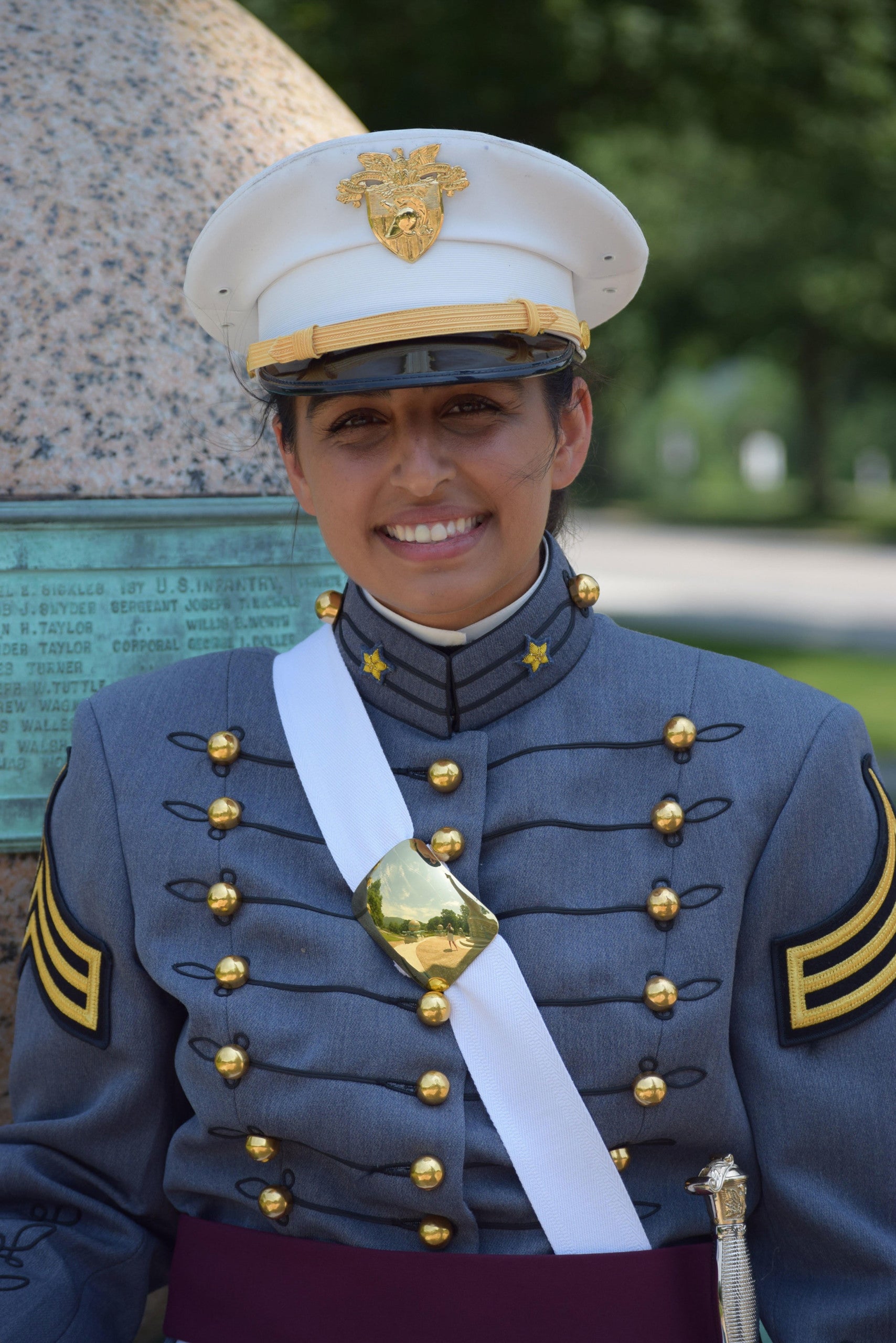 (CNN) — A woman has made history by becoming the first observant Sikh to graduate from the US Military Academy at West Point.

Second Lieutenant Anmol Narang, a second-generation immigrant born and raised in Roswell, Georgia, is the academy’s first observant Sikh, meaning she follows religious practices including Kesh, which calls for allowing one’s hair to grow naturally without cutting it.

“It’s an incredible feeling,” Narang told CNN. “It’s a humbling experience, I have never worked harder for anything in my life. Being a Sikh woman is a very important part of my identity and if my experience can play a small role in being an inspiration for others, regardless of career field, that will be wonderful.”

The 23-year-old graduate hopes that her efforts to represent her religion and community will encourage Americans to learn more about the Sikh faith, the fifth largest religion in the world.

Narang said she decided to apply to West Point to study nuclear engineering and pursue a career path in air defense systems after visiting the Pearl Harbor National Memorial in Honolulu, Hawaii.

Her graduation marks an incredible success for Sikh Americans. In 1987, Congress passed a law prohibiting various religious communities, including Sikhs, from practicing certain articles of their faith while serving in the military.

For 30 years, Sikh members of the military were not allowed to practice core tenets of their face, including unshaven hair and turbans.

In 2017, eight years after the Sikh Coalition began its campaign to end the US military’s ban on certain religious practices restricting Sikh members, the Army updated its rules governing religious liberties.

“I am immensely proud of (Second Lieutenant) Narang for seeing her goal through and, in doing so, breaking a barrier for any Sikh American who wishes to serve,” said US Army Captain Simratpal Singh in a statement. “The broader acceptance of Sikh service members among all of the service branches, as well as in top tier leadership spaces like West Point, will continue to benefit not just the rights of religious minority individuals, but the strength and diversity of the US military.”

President Donald Trump on Saturday addressed the 1,107 graduates, including Narang, who gathered for the academy’s annual commencement.

Graduates socially distanced 6 feet from one another across the Plain Parade Field to accommodate Covid-19 public health requirements instead congregating at Michie Stadium, the ceremony’s traditional location. Family and friends were not allowed to attend the ceremony but could watch it online.

“This premier military academy produces only the best of the best — the strongest of the strong — and the bravest of the brave. West Point is a universal symbol of American gallantry, loyalty, devotion, discipline, and skill,” Trump began his address, reading from a teleprompter.

“To the 1,107 who today become the newest officers in the most exceptional Army ever to take the field of battle, I am here to offer America’s salute. Thank you for answering your nation’s call,” he added.

Narang will complete her Basic Officer Leadership Course at Fort Sill in Lawton, Oklahoma. She will then head to her first posting in Okinawa, Japan in January 2021.