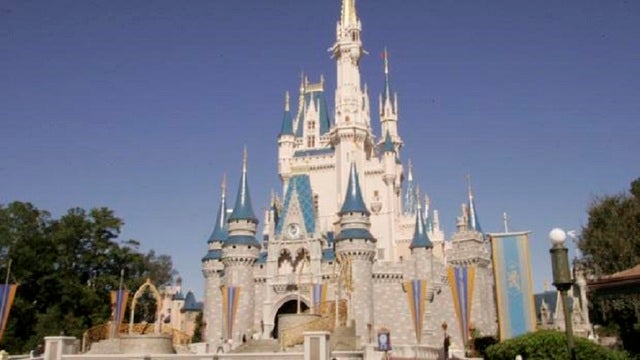 ORLANDO, Fla. (AP) — Every week, it seems, Kaila Barker, her husband and their five children change their minds about whether to travel from their home in Connecticut to Florida’s Walt Disney World as planned in September.

On the one hand, the lack of crowds means more opportunities to go on rides without long waits. On the other hand, Connecticut and Florida have implemented pandemic-related quarantines for each other’s residents and visitors, and the Barkers worry whether the Disney “magic” will get lost with mandatory mask-wearing for visitors and workers, temperature checks and no parades, fireworks shows or up-close “meet-and-greets” with costumed characters.

“We keep going back and forth. It’s such a hard decision to make,” Barker said last Tuesday.

Two weeks after Disney World started opening its theme parks for the first time since closing in March because of COVID-19, the Barkers’ quandary affects not only Disney World’s future but that of central Florida’s tourism-reliant economy.

More than 75 million visitors came to Orlando in 2018, mostly due to its reputation as a theme park mecca, which also includes Universal Orlando and SeaWorld Orlando. But the coronavirus has upended Orlando’s status as the most visited place in the U.S.

In the week that Disney World’s Magic Kingdom and Animal Kingdom started welcoming back visitors, occupancy of hotel rooms in the Orlando area was down more than 60% from the previous year, a much deeper drop than the state as a whole, which declined more than 41%, according to STR, which tracks hotel data.

Less than half of Disney World’s 43,000 unionized workers have been recalled to their old jobs, contributing to two Orlando-area counties having the state’s highest unemployment rates last month — Osceola at 22.9% and Orange at 17.2%. Disney World has an overall workforce of 77,000 employees, the nation’s largest single-site labor force.

Many of those still-furloughed workers are about to lose federal benefits at the end of the month.

“This is an extremely difficult moment,” said Paul Cox, president of the local union that represents stagehands and show technicians at Disney World. “There are still a majority of workers who are staying at home and they’re about to lose support. Things are going to get bad.”

Union officials estimate the Disney parks are no more than a third full, but that may be more by design to maintain social distancing. Disney World doesn’t release attendance figures, but in pre-pandemic times its four parks and two water parks could host around 150,000 visitors a day.

Florida has had a surging coronavirus caseload recently, and other Disney parks around the globe have run into coronavirus-related roadblocks. Hong Kong Disneyland Park was forced to close earlier this month following the city’s decision to ban public gatherings of more than four people, and Disney’s California parks delayed reopening while they awaited state guidelines.

Cowen Inc. estimated recently that Disney’s parks and resorts won’t return to pre-pandemic profitability until fiscal year 2025, and there is a “meaningful” probability that Disney World could close again because of the pandemic.

After workers complained about patrons walking around with their masks pulled down while eating food like turkey legs, Disney World updated its mandatory mask policy, requiring visitors to eat in one place while maintaining social distancing.

In response to other worker concerns, Disney has distributed personal hand sanitizer containers for workers to wear on their belts, added additional break rooms to limit the number of workers in them and reduced the number of riders on buses that shuttle workers from parking lots to the parks. Performers dressed as Disney princesses being driven in a horse-powered carriage through the parks now sit individually in rows separated by clear-plastic window partitions.

“Singing their praises seems so strange,” said Julee Jerkovich, an official with a United Food & Commercial Workers union, which represents Disney merchandise and banquet workers. “As far as this grand experiment, I would have to say Disney has done a really good job.”

But not all unions are happy. The union that represents actors and singers has filed a grievance with Disney World, saying their 750 members were locked out of returning to work after they complained about Disney ignoring their demands for getting coronavirus tests since they can’t wear masks while performing. Some performers, though, are eager to return to work and are pushing the union to reach an agreement with the company, as they worry about Disney replacing their shows with temporary ones featuring non-actors.

There have been isolated cases of workers and visitors connected to the theme parks getting sick with COVID-19, “but we haven’t seen any large number of positive cases that come from any of the parks,” Dr. Raul Pino, health officer for Florida’s Department of Health, said last Monday.

Disney’s policy of granting sick workers with paid time off so they can quarantine has made a difference, said Eric Clinton, president of Unite Here! Local 362, which represents Disney World park greeters, attractions workers and custodians.

But Clinton wonders if the current operating model can last until the pandemic is over, given that just over 20,000 of the 43,000 workers represented by unions have returned to work, only half of Disney World’s 30 onsite hotels currently are back open and several in-park restaurants still are closed.

“Disney is a strong brand. They have a great product, but does the novelty wear off? Do people want to go to a theme park now? Is it more appealing with less crowds?” Clinton said. “I’m hopeful but nervous.”