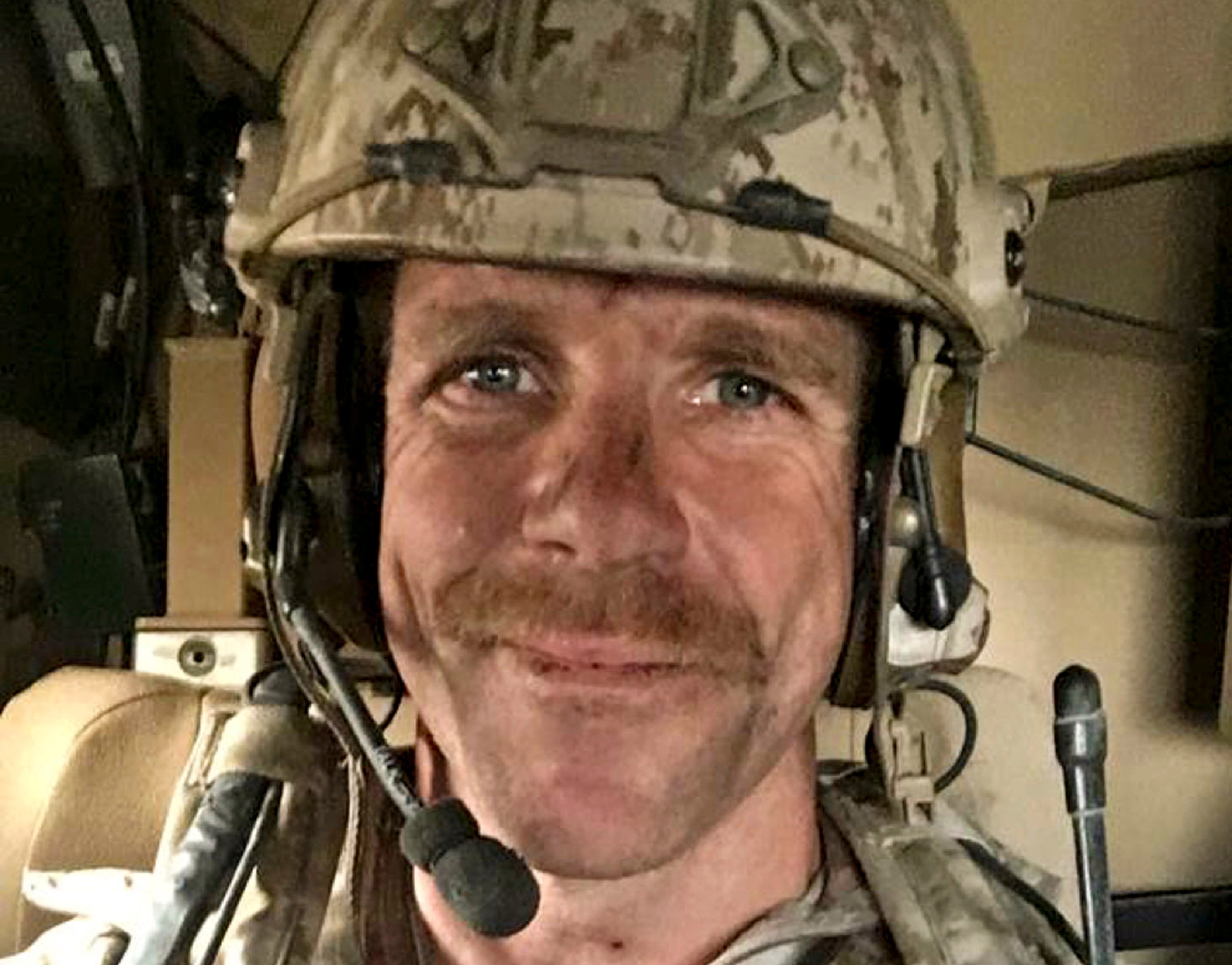 This undated selfie provided by Andrea Gallagher shows her husband, U.S. Navy SEAL Edward Gallagher, who has been charged with allegedly killing an Islamic State prisoner in his care and attempted murder for the shootings of two Iraq civilians in 2017. Gallagher is scheduled to go on trial Monday, June 17, 2019. (Edward Gallagher/Courtesy of Andrea Gallagher via AP, File)
by:
Posted: Dec 27, 2019 / 04:51 PM EST / Updated: Dec 27, 2019 / 04:52 PM EST

(CNN) — Video of new interviews have been released from the investigation into the Navy SEAL who was acquitted of murdering an ISIS terrorist.

Some Navy SEALs told investigators Special Operations Chief Edward Gallagher posed with the body of the fighter and shot into a crowd of civilians.

The New York Times published never-before-seen interviews with normally silent Navy SEALs on Friday. They are related to the U.S. military’s investigation into the conduct of Special Operations Chief Edward Gallagher. Gallagher is a native of Fort Wayne, Indiana.

In it — some of the Navy SEALs who served under Gallagher — paint a disturbing picture of their platoon leader. They describe him as having a hunger for violence.

“I heard more rumors and stuff like that of Eddie targeting civilians. I saw Eddie take a shot at probably a 12-year-old kid. The guy got crazier and crazier. Eddie would tell you he was perfectly OK with killing anybody,” said a group of unidentified Navy SEALs in video interviews that were released Friday.

Gallagher, who was accused of war crimes, was acquitted of murdering a 17-year-old Islamic terrorist while deployed to Iraq in 2017. He was convicted of posing for a photo with the captive’s corpse.

President Donald Trump stepped in to restore Gallagher’s rank last month — prompting the resignation of the navy secretary Richard Spencer over President Trump’s interference and handling of the case.”