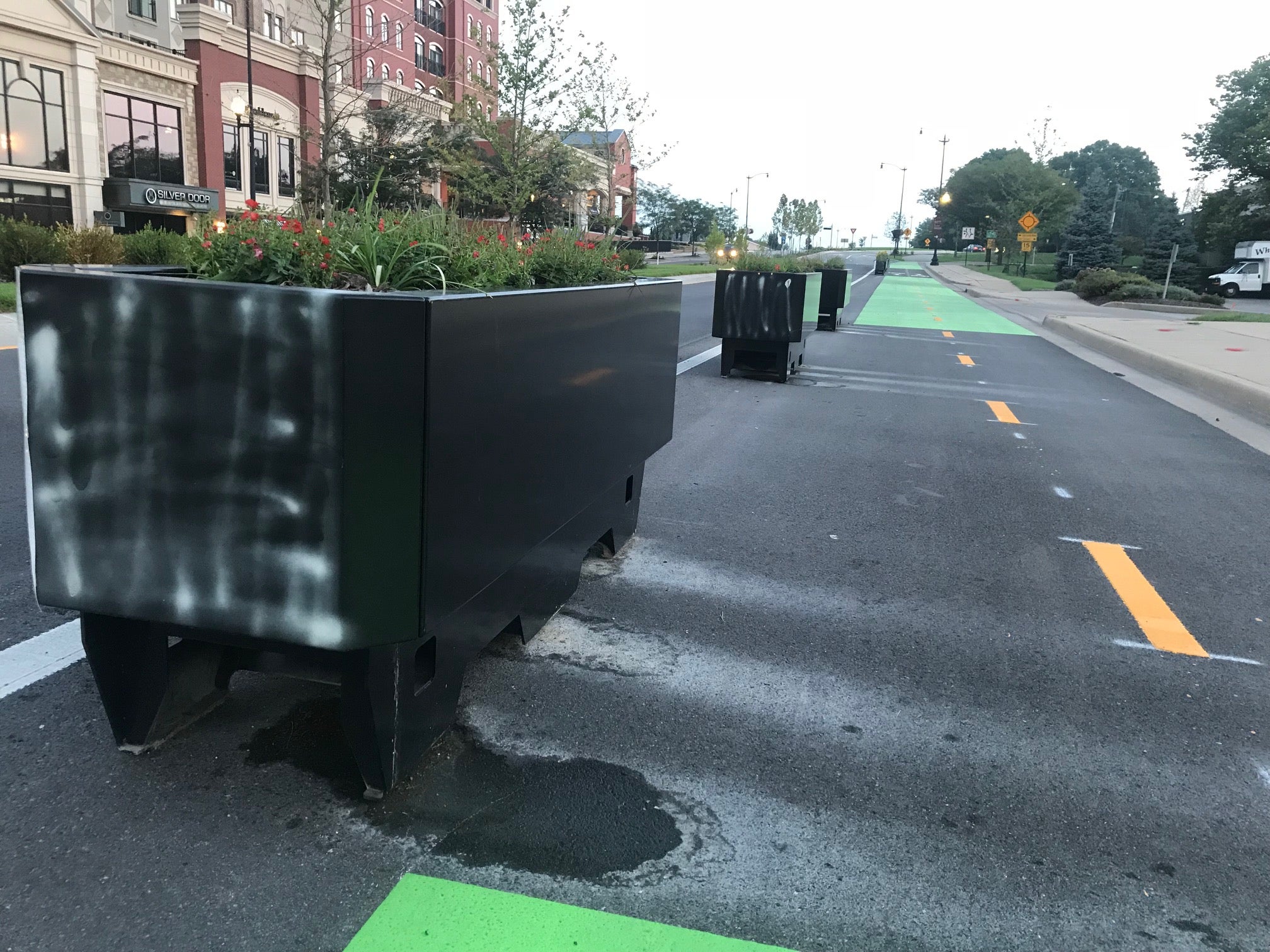 As of Monday morning, five of the features had white stripes spray painted on the southern facing sides of the planters.

The city of Carmel had just unveiled the protective bike lane earlier in the month.

City councilor Bruce Kimball has been outspoken in support of bicycle use and infrastructure in Carmel. He posted a picture of the vandalism on Facebook on Sunday.

“I’m reflecting on what sadness must be in someone’s life to vandalize public property. What was even sadder were the few citizens on Facebook rationalizing this behavior,” Kimball wrote in the caption.

Carmel’s government spent more than $140,000 on 40 steel planters that were purchased to dot the two and a half miles of cycle track planned for completion in the summer of 2019.

Mayor Jim Brainard said the purpose of the planters is to provide a barrier between vehicle traffic and bicyclists using the lane.