Officer suspended after appearing in video with lingerie-clad Instagram models 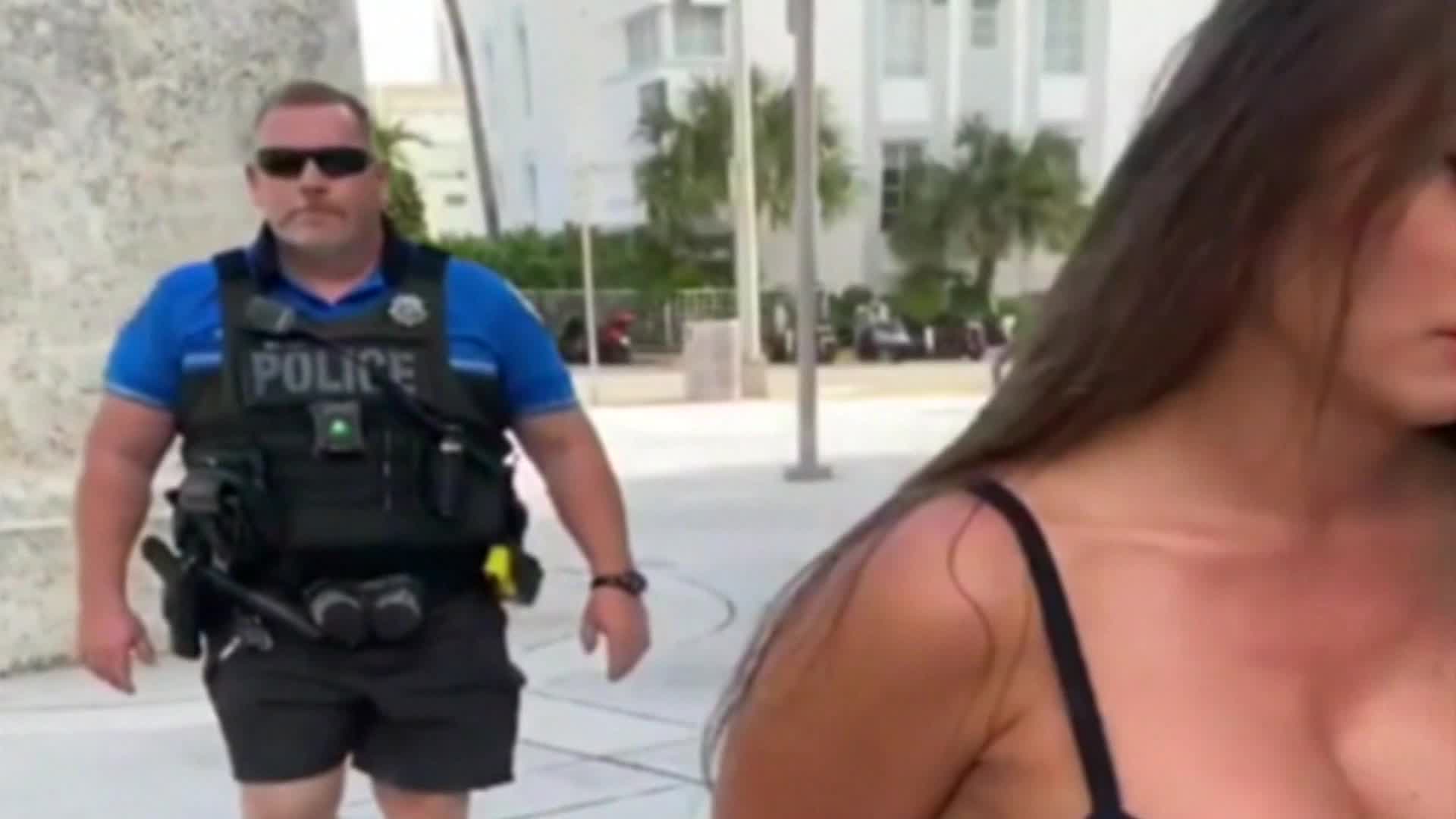 WPLG reports that Miami Beach Police Department Officer William Beeker has been suspended after appearing in the video. The department is investigating the circumstances surrounding the video.

The video was posted to Instagram on Monday. The three models that posted the video have more than ten million combined followers.

One of the women told WPLG that Officer Beeker pulled up while they were shooting, so they asked him to join them.

“He was very nice and none of us thought anyone was doing anything wrong,” said Francety James in an email to the station.

Internal affairs is looking into the video.